What’s in a Flag? 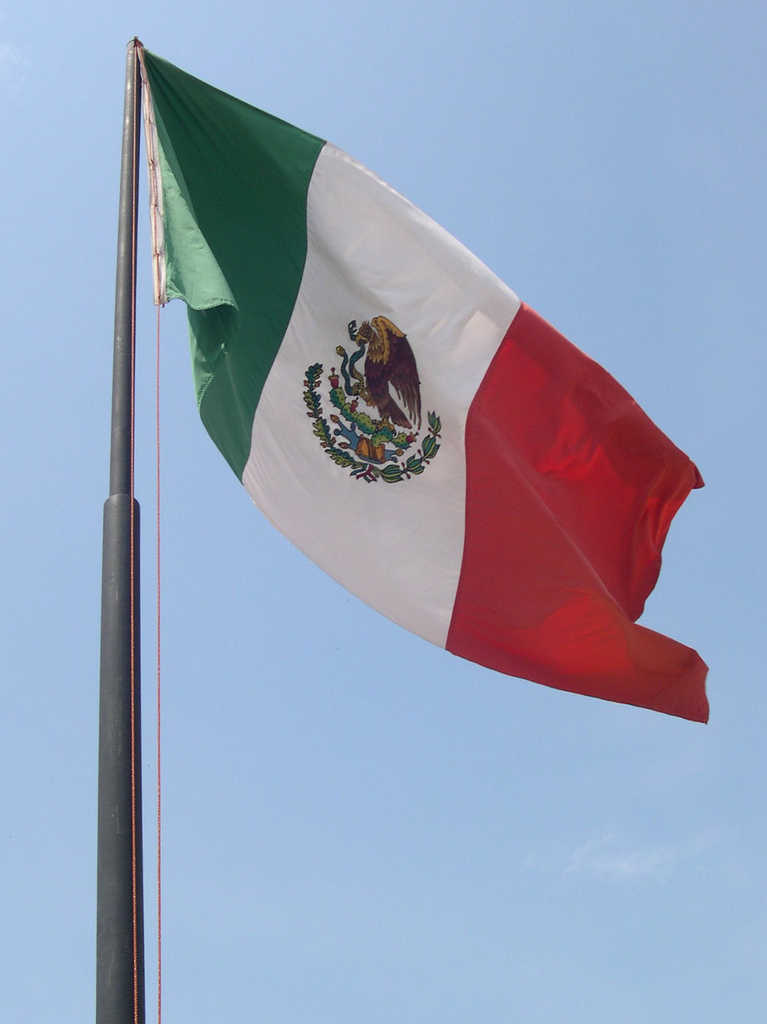 When I lived in the UK, I found it strange how people often seemed reluctant to fly the Union Jack except for football match days. Perhaps it has something to do with feelings of patriotism being hijacked by fascists and racist groups within the UK? However, when walking down the street in any Mexican town, you will find flags galore bearing the green, white and red with the distinctive emblem of the eagle holding the snake within his beak and talons. So why is there this difference?

The current style of the Mexican flag was adopted by the country following independence from the Spanish in 1821. There have been four small changes to the flag since this time, up to the adoption of the current flag in 1968. The celebration of liberation from oppressors might figure in this, compared to what may be the feeling of shame associated with British colonialism and the atrocities committed by our country around the world. The green represents the independence movement, the white the purity of the Catholic faith, and red the blood of the national heroes and the Spaniards who joined in the fight for Mexican independence.

Interestingly, the central emblem of the flag is an eagle holding a serpent in its talon, perched on top of a prickly pear cactus that rises above a lake. According to Aztec legend the people were wandering in Mexico in search of a sign that their god, Huitzilopochtli, had given them. He commanded them to find an eagle perched on top of a cactus, devouring a snake. After many many years of wandering, they found the promised sign on a small island in the Lake Texcoco. Their search and wandering ended and they founded their new capital, Tenochtitl which is now known as Mexico City.

As a teacher in a primary school here in Mexico, I observe the whole school leave the classroom each Monday for a civic ceremony where students with the highest grades parade the flag around the school yard. The rest of the community watches on, the national anthem is sung, and everyone salutes the flag. When the Mexican flag is displayed, Mexicans stand at attention with their right arm placed in a salute over their chests with the palm facing downward. It’s a special occasion. One day around a year ago, I had the pleasure of attending a ceremony where a school changed their flag: this involved the old flag being burnt and members of the army firing their guns to celebrate the important day. It is against the law to just throw the flag away.

Moreover, pride in the national flag can been seen in the monumental flags built at the end of the last century throughout Mexico’s biggest cities – Mexico City, Tijuana, Ciudad Juarez, and Veracruz. They can reach up to one hundred and twenty metres in height weighing 160 tons. The flag in Coahuila is the second largest in the world. These giant flags are reminders to the children of Mexico how important patriotism is in their country and pride in the past of this now great yet troubled nation.

So, when I think of home I feel sad that the British flag is not flown more often with more pride in our great achievements of the past and our wonderful multicultural nation of today. So, what’s in a flag? Ideas of identity, culture and heritage: the symbol of what makes the modern nation.