What Your Facebook Profile Says About You: Part Two 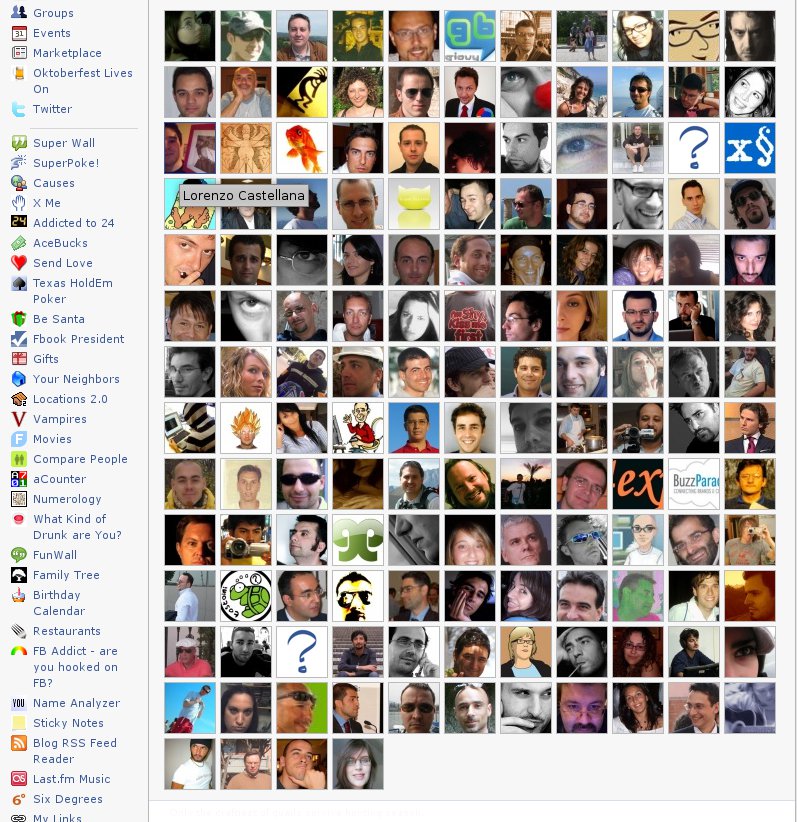 Apparently, almost every single one of the people on this friends list will have something annoying on their profile.

In a good preliminary attempt was made at analysing Facebook profiles beginning with the profile picture, which resulted in insulting the whole of Facebook, according to one commenter. The profile picture is just one aspect of the profile, however, so part 2 shows what the rest of your profile means.

Nicknames in real life are usually given by friends, and a fair number are derogatory. For example, most of my six form friends called me “Seagers”, and when one friend called me “Sea Biscuit”, I thought it was a harmless extension of this. Apparently it wasn’t. Instead it was a “really annoying horse that everyone hated”. Fair enough. However, there are some people that give themselves nicknames; that is undeniably lame. People that try to make other people use that nickname are even lamer. People that show their nicknames as part of their Facebook name complete with apostrophes, well – you get the idea.

My friend and I disagree on this. Whilst I think more than 2000 photos or a friends to photos ratio of more than 1:2 shows that the person is vain, my friend says that “they are definitely hot”. On the other hand, a low picture count indicates that the person is either new to Facebook (and why?), unsociable or ugly. The type of photos tagged are also interesting; one of my friends who wants to be seen as a “lad”, for example has tagged all the photos where he is pulling someone. Unfortunately he is not a “lad”, but instead looks like a face rapist.

These are an excellent way of determining someone’s character. Statuses are supposed to be used to update your friends on anything interesting that has happened in your life. They are not supposed to be used to write down every single thought you have, or how many words you have written in an essay so far. That is what Twitter is for. Attention seekers/people who are really bored post frequent updates, which are normally inane, in the hope of internet recognition. However there are also special types of statuses. You have the poetic/song lyric status; which is supposed to be deep and emotional, but really makes them look like a pretentious, moody sod. Especially annoying are the relationship statuses, where the couple want to publicly declare their love for one another to the collective vomit of the Internet. The plugging statuses are also really annoying; however, I am guilty of this one quite a lot so will skip over it…

A look at the frequency of Facebook activity from someone’s profile page can also indicate what type of person they are. Usually a high amount of activity isn’t a good thing. People that are always on Facebook are usually bored, but a visibly high amount of activity like constantly linking and liking pages shows the person is desperate for attention and wants to be liked by the internet community. They will usually be equally annoying in real life. If you really want that much attention from the Internet, film a sex video in night vision and get it publicly released. Go on, I dare you.

So there you have it, a complete guide on reading other people’s Facebook profiles. Obviously this isn’t an exact science, but hopefully this humorous guide will give you a better understanding of people when you stalk them on Facebook. Or not. If you have been offended by this guide in any way then I am truly sorry – that you are one of the people with something on your profile that annoys everyone. Sort it out.