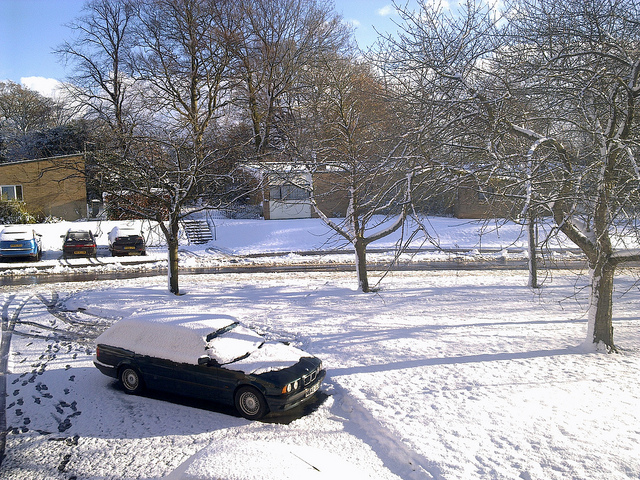 One of the very many lovely aspects of living in St. Aidan’s College is the visual beauty one manages to experience walking back through the misty trees that line either side of St. Mary’s campus. And then, once one is back there, in the room, the windows open into stretches of the serenity that is so characteristic of Durham in general. So each time I start my legging back to my abode from the Main Library with a somewhat absurd number of books I dream of finishing up on weekends, the logic of tiredness drowns in the orchestra of swishing trees that see me walk. Since my last column, quite a few rather rude wake-up calls have done their necessary evil bit to hurl me back into what I’m in Durham for. A painful, if imperative, break from the lazy charm I had been wrapping around me since my arrival here! So of late the Borrowing Machines in the Main Library have seen me pull out rather long receipts with a face that knows it has been caught idling.

But nothing can bog one down in this beautiful university town. So there I was, last weekend, on a maddening Bollywood Night at Ustinov College where the music fast became the food of lovely feelings that played on. Popular Hindi songs jammed with Peter Andre numbers to cook up the cocktail of a carnival. Faces that look so serene by the day in the library wore expressions one reserves only for the compulsively chaotic.

I realize these days I have to write such an awful lot to my friends back in India when I’m online simply because even when I’m at my finicky best, there’s always an awful lot of events around this university that one could simply not let go by. The Philip Larkin evening organised by the lovers of the poet – elite academicians and first year students alike – was a perfect case in point. The warmth of so many fascinating events and people would draw even a mildly sensitive mind into a spontaneous spree of participation and discoveries. Even as I write about that warmth, I look out of the window to see the white flakes fill the Friday sky. Coming from the country where the Himalayas stand, snowy landscapes have opened themselves to my sights during the many touristy trips up the hills. But the experience of actually seeing a snowfall, living in that space-time, not as a tourist but as somebody who feels more rooted to it, was honestly a mixed feeling. The text I received two nights back, which saw me run to my window and pull the curtains, was from a friend who shared my exhilaration. But looking out through the glass I felt delighted and intimidated alike. The beauty of the sight, the sheer flow of the white flakes falling in their unique rhythm was poetry to the senses. But along with it crept the fear of being out there in the cold, in the heavy chill that hangs in such air.

The first snowball I got hit by was hurled by a friend who looks perfectly incapable of such excesses when I see him at dinner. It splashed against my face and the first feeling after the dread of cold, was the soft touch that melted away, taking my fear with it. In a bid to enter the dialogue, I managed to make a perfectly spherical snowball that missed everything by an embarrassing stretch. We were behind the dining hall of St. Aidan’s, running like schoolboys in the snow, perfectly oblivious to the spectacle we provided to a more grim onlooker who walked by. The excitement soon began to rub off on other minds as more and more people gathered in the mad snow party, demonstrating the accuracy of their throws, or the lack of it. The lightness of each hit served to break whatever remained of the fear I had had from my window on seeing the snow fall for the first time. The dread of being “out there” having melted away, I was prepared to welcome a winter I had never known.

These days as I walk back through trees that look like beautiful crystals, I half hope for a drizzle, for that soft snowy touch that melts away like a feeling. It would get heavier and boring; many of my English friends tell me. I suppose that’s some way to go. But as of now, I’ve moved away from the dread through the glass. It’s a joy to walk under the snow. I don’t mind the wet socks in the end.

But I’ve still got to work on my throw!