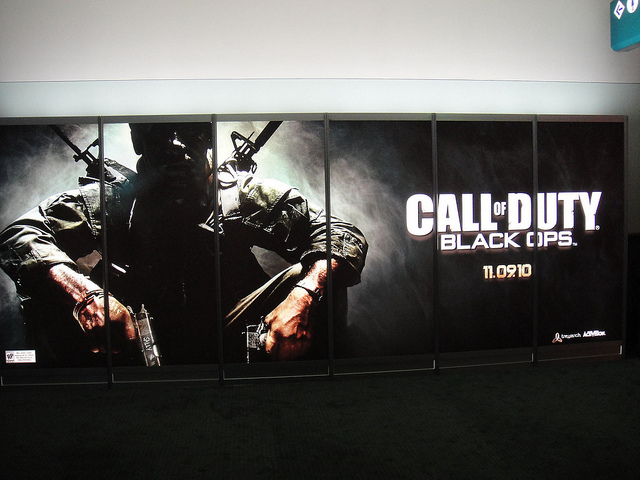 If you were told by someone that they got pleasure out of seeing a head explode, then you would quite rightly assume they were a psychopath. Presumably, therefore, there are at least 20 million psychopaths, as this is the number of copies sold of Call of Duty: Modern Warfare 2. The next instalment in the franchise, Call of Duty: Black Ops grossed 1 billion in sales just six weeks after its release. The games industry is now bigger than both the film and music industries, yet still looked down upon, presumably because the most popular games involve shooting people in the face. There is still a lot of prejudice towards gamers, and in this article I want to show that the market share of video games is justified. There is more to gaming than just shooting people in the face… You can shoot them in the kneecaps or crotch too.

Like TV and films, one of the best aspects of video games is their function as escapism. Except, they do it so much better than the other media as, rather than watching someone on screen, you can be that person on screen. Why simply watch Richard Grant’s character in Withnail and I acting like a depraved alcoholic, when you can control a character in a game. You control everything they do, for example you can pick up a prostitute, kill her and then take all her money that you just gave to her. Classic times.

Video games are brilliant because you can do things in a virtual world that you can’t in reality. Normally people who criticize violent games do so because they worry that people will get reality and the virtual world mixed up. No one who plays violent video games, and there are quite literally millions, is seriously going to confuse the simulated action of pressing B on their Xbox controller with stabbing someone in real life. The laziest writers in the world, the ones that design the Mario games, have been reformatting the same game for decades and no one has acted like Mario in real life. I would hope that people don’t think that brightly coloured mushrooms would instantaneously make them grow (although after taking them they might think this happens… that or they die). HD is good, and Nintendo’s 3DS is bett… actually, it’s way worse – but the escapism created by video games isn’t so good that people literally think they are in another world.

When I play or talk about video games, I always feel a bit nerdy and ashamed to do so. The stereotype of gamers is this guy. So many questions emerge from this photo: why is he naked? Why is he holding a gun? Why is he posing with two plastic guitars? Why is he really hairy in some parts of his body, and looks like a naked mole rat in others? And who took the photo?! My friend came 10th place at a national tournament in Starcraft recently (no, that picture wasn’t of him), and begrudgingly told me rather than being proud. Being very skilled at a game doesn’t make you a social retard, but there is a stereotype that it does.

I would argue that games are actually very social. You can only make a person, not a computer, write you a letter of apology by beating them 5–0 in FIFA. Killing Nazi Zombies is much more enjoyable when you have a friend who gives the zombies a back-story before he kills them. The online community for gaming is also immense, and this social experience with your friend can be conducted when you are thousands of miles apart. If you’re not on a PS3, then you won’t lose your personal information either! Sure, gaming isn’t as social as playing sport or drinking in a pub, but for a medium which can still be social if you’re under house arrest, it isn’t bad.

I play video games because ultimately I enjoy it. In my opinion it wrongly receives criticism from the sort of people who are amazed that films are in colour and call films “the pictures”. They often haven’t played the games that they claim are corrupting the youth of today, and are in my mind missing out on a fun experience. Still, it is quite hard to pick up games if you haven’t played before; if these people did try and play Call of Duty online without any experience, they would likely just end up seeing their dead bodies get repeatedly tea-bagged on screen.