V is for Voices 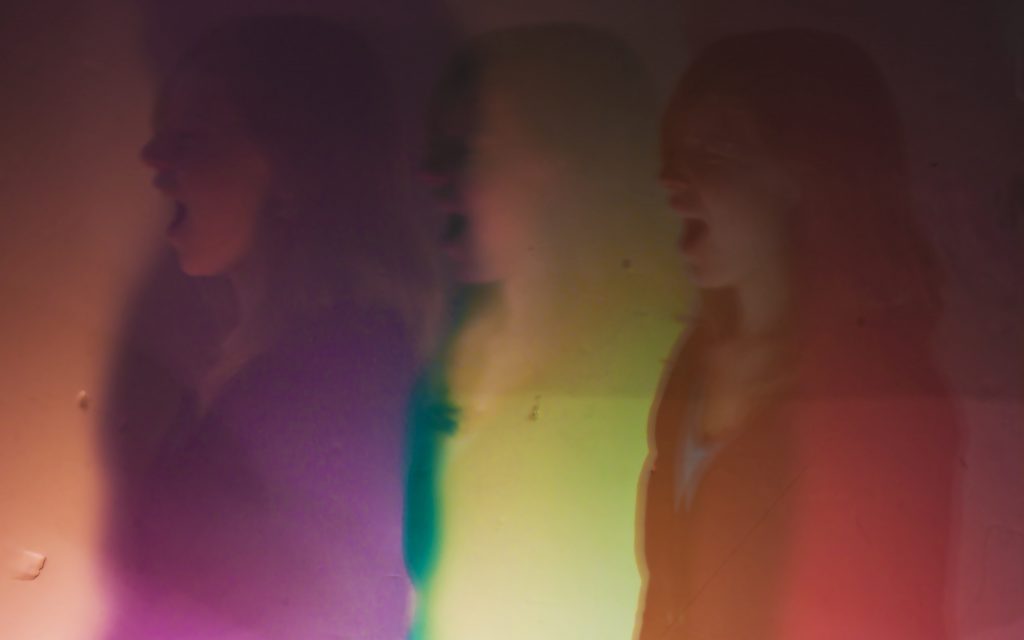 “But none speaks with a single voice. None with a voice free from the old vibrations. Always I hear corrupt murmurs; the chink of gold and metal. Mad music…” ― Virginia Woolf, Between the Acts

I was trying to translate a certain poem from Korean into English, and while I was thinking of the most innovative translation for a particular line, I had an epiphany. The phrase “Let us go then, you and I” crept into my head and flaunted its appropriateness. It fitted exactly in with the poem and described perfectly what I wanted to say. I was just about to write it down when I realised that it was a bit too sophisticated to be one of my own thoughts, and that it didn’t sound like me. It sounded a bit too familiar. It was only then that I realised that it wasn’t my voice, but the voice of T. S. Eliot.

This happens quite a lot. I’m assuming that it happens to other people as well: whenever you read a book, listen to a song, or watch a play you enter fully into that world. And when you exit back into the real one, you feel like you are carrying a little bit of that fictional world into your own. You bring with you the thoughts and languages of characters- sometimes you even bring the characters themselves. There’s a term for this created by Dr. Marco Bernini in his study of how readers register voices in texts: “experiential crossing.” This refers to fictional characters becoming incorporated into reality, with some readers claiming that they accompany them in real life.

In one of my lectures, the lecturer brought up the fact that in Greek and Roman myths, people always seem to be talking to gods. The gods always seem to come to them when they need advice or help. I, being a very literal person and also someone who never thought that those myths were true, was surprised when he mentioned that the voices of the gods could be the inner voices that everyone hears on a fairly regular basis. To the Greeks and Romans, whenever they heard voices that weren’t their own, they assumed it was the gods. If you did that today, a lot of people would think that you were mad.

We all have these voices inside of our heads; the voices that tell us that we’re going to be fine, that maybe that was just a bad idea. Nowadays we think that these voices are ours: amalgams of the negative things that have been said about us, things we’ve heard so many times that it becomes a manifestation of our own voice.

If, like the Greeks, we believed that these voices were from other people, would that make life a lot easier? It’s certainly easier to blame other people for your suffering and decisions. But then again, that means that any kind of voice you hear, whether it’s encouraging or discouraging, isn’t yours. It isn’t you: it’s something else that is blaming, helping, and discouraging.

It’s very easy to say that every person you meet has a distinct voice, but it’s very hard to say why or how. The auditory sounds that you hear are different, but we can’t describe their differences. Low, soft, slow, high-pitched, posh: you could come up with a hundred different adjectives and still you wouldn’t be able to portray the actual sound that you hear whenever one of your friends talks. This also applies to the voices of writers: it’s easy to identify that a certain author writes in a certain way with a certain voice, it’s harder to pinpoint the exact techniques or characteristics that make you, and many other people, feel that way. It’s hard, but people keep on trying.

I believe that in a way, any kind of self expression comes from an urge to find and define your voice. It comes from an urge to be heard. Maybe not in the literal sense – not every kind of self expression comes from talking or singing or anything else that require you to make sounds, but in a sense you still want to be acknowledged. You want to be reassured, you want to know that you aren’t just shouting into a void.

Maybe it isn’t just about self-expression. Maybe it’s more about leaving your mark in the world.

At times like this, we should never be quiet. We should be able to say our minds, to state our opinions, to never let our voices be silenced. It’s one thing for you to let your own voices get the better of you; it’s a different thing if you let someone else silence you.