Jessie Heyworth in Columns on 6 February, 2012. 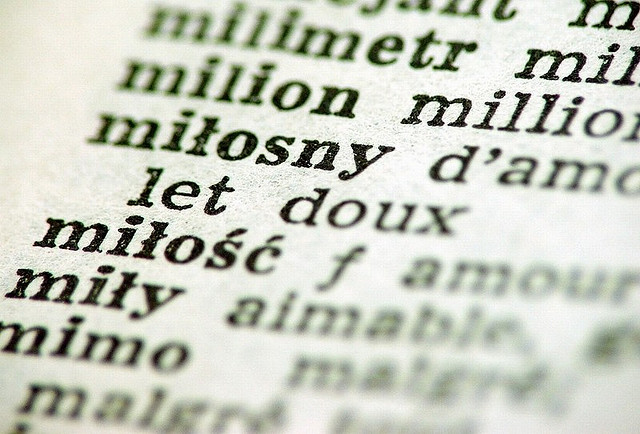 Judging by the amount of panicked Facebook statuses, it is the time of year when the academic pressure is mounting in Durham. Those of us on a year abroad tend to be blissfully unaware of these worries, preferring to stay in denial of the certain terror that awaits in the ‘final year’ at university.

Considering my relatively relaxed work schedule, it may be the time to justify the ‘year off’ from (Durham) lectures, the gratuitous weekends travelling and the copious amount of purchases made in the name of cultural experience: I have experienced that French cheese is heavenly, therefore I must acquire numerous samples to explore and support this theory.

Despite our best efforts, no-one can deny that the official ‘Durham-approved’ reason to spend a year free of lectures is, in fact, to learn the language of a new country. We year abroaders understand that the ‘success’ of our experience will be measured in our flawless accents, the fluency of our writing and the vast acquisition of vocabulary that inevitably accompanies life abroad. Anyone who has actually lived this experience, however, knows the truth.

The gaping chasm between lecture-based language learning and real-life situations is wider than many of us imagined. Sleepily taking notes at the back of a lecture hall for an hour, or casually chatting to friends in Franglais in an oral class (or Spanglish, or any other lazy mélange) could not be more different from living and breathing the language from the moment you wake up. Negotiating with an evil landlord, texting friends and yelling across a noisy bar must all be conducted in the target language – so, pausing to check if your grammar is correct or doing a quick vocabulary translation isn’t always an option.

What can be a little confusing and frustrating at times is that speaking grammatically perfect French and speaking like a French person are two very different things, something I’m sure applies to every year abroad destination. I’ve found these past few months a process of unlearning much of what French teachers have been saying for the past six years. My observations have shown that French people pronounce, at most, 50% of the words in the sentence they are saying. Words are shunted together, sliced, breathed, growled or simply reduced to a shrug. Abbreviations abound and slang can render a simple sentence unintelligible. A sneaky slang called ‘verlan’ (the name comes from reversing the sound of “l’envers” – the other way round) swaps round the syllables or letters of words to make common words mystifying. What is a meuf? Why, obviously it’s a ‘femme’. Such slang would be far easier to understand if French people pronounced the original word clearly, but as it is, it leaves me wanting to take a baguette to the brain and just ending it all. As for accents, they don’t seem to vary as widely as in Britain, but sometimes require a few moments to click; here in Toulouse, for example, many people pronounce ‘vingt’ as ‘veng’. Even slight differences can make you say the exact opposite of what you mean. For no apparent reason, ‘pas terrible’ (as in, NOT terrible) actually means it is bad. The word ‘plus’ can indicate ‘more’, or ‘not’, which is fine as long as you can read the mind of the person using it.

Much of the studiously memorized vocabulary from years gone by also end up being useless. The French language has a rich, poetic and historic vocabulary, most of which is never used in conversation. Replace every negative word with ‘chiant’ (it sucks) and every positive word with ‘pas mal’. ‘Truc’, ‘machin’ and simply ‘ça’ can be substituted for any vocabulary you don’t know or just can’t be bothered to pronounce correctly. And the best answer to a question is to shrug and say ‘chais pas’ (as in ‘je ne sais pas’ – I don’t know – but that’s far too long). My favourite acquired phrase is ‘n’importe quoi’, which you can use to reply to anyone you don’t understand. It means ‘whatever’. These words alone seem to constitute about half of what I hear on a daily basis, and using them generously makes me sound more French than if I prance around quoting large chunks of Baudelaire.

Going back to uni next year may, therefore, be a shock. Having been sent abroad to perfect our language skills, many of us will have instead spent the year unlearning classroom lessons, ignoring grammar and picking up words that aren’t in the dictionary. Surviving a 4-year language degree and surviving social and professional situations in France are two very different things – but I know which one I’d rather be capable of when I graduate next year.