How do we understand a world turned upside down?

Today’s ideological landscape leaves increasingly little ground for the moderate to stand on. Evacuating the thin ice of the political centre, two options are available: head left; head right. Whilst they may receive a warm welcome from the side of the political spectrum to which they flee who gain more votes by the second, leaving Tim Farron rather lonely and bewildered, they are unlikely to enjoy such treatment from their opposing wing. The moderate conservative may simply believe in the benefits of free market capitalism for society in general, or conversely, a moderate socialist may just advocate more extensive welfare, but in assimilating themselves towards political poles they associate themselves with the extremists, exposing themselves to bitter criticism. Here can be seen the disastrous effects of relativism. You may just advocate free trade, you may not really be a xenophobic, Victorian-style capitalist sitting in an ivory tower laughing at the plight of the working man who knocks of early and go home to your homemade shrine to Nigel Farage, but to someone on the left, exposed to more radical commonplace views, it sure looks as though you could. 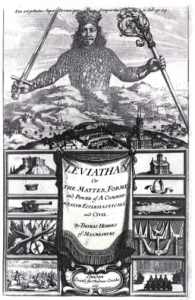 This dynamic frequently characterised political and religious opposition in the early Stuart period. We recently had a loud and colourful reminder of a classic attempt on authority, an attempt to violently obliterate the House of Lords and along with it the Protestant King James. One might assume a simple nature of the political landscape in relation to religion; Protestants against Catholics, who after the Gunpowder Plot were clearly a threat that should arouse severe anxiety. This would be a gross over-simplification. Whilst Catholics plotted to destroy parliament and plunge England into an ungoverned state of anarchy, Protestants, in their divided factions, bitterly debated at Hampton Court the Millenary Petition, the Protestants’ proposed reform programme for the church of England. A conclusion was arrived at which aggravated no one, and likewise satisfied no one.

The bitterness with which Puritans argued with the Arminians, too Popish in their eyes, whilst Catholics threatened severe destruction shouldn’t surprise us. Such behaviour is typical of a polarised world following internal events which reveal shocking divides in opinion, religious terrorism in this case. Today’s epidemical historical amnesia has disassociated this pivotal chapter in British history from all relevance. After all, who cares how a disagreement was dealt with 400 years ago, a disagreement about how centralised authority is to provide for its people in a period of economic turmoil following the leaving of the Catholic Church, a force that had bound Europe in union as Christendom as long as any could remember? Issue of the day: what king of exit from Christendom? (And, soon after, anger at lack of sovereignty from Scotland, but again, who cares?)

Today’s government could do worse than to study the trauma left in the wake of the Reformation, in particular the issue as faced by the Stuart monarchy. Such study should not be limited to May’s government, or her immediate successor’s; the political divides following Brexit and the 2008 economic crisis could well extend beyond a generation if dealt with insensitively. From this might be many examples of how not to govern, as well as examples of how similar issues were dealt with considerably well. The Stuarts were far from perfect leaders, but popular opinion of both their and our times has somewhat exacerbated their failings. This is precisely why expert opinion and literature on their reigns should be consulted.

The political polarisation of 2017 is not simplistic; it has roots in opinion and direct consequence of the premierships of Thatcher, Blair, Brown along with any number of cultural social-media, fast-food, fast-living factors, as well as economic grievances extending far beyond June 2016. May is prime minister in a time challenging to statesman. Charles was king in a time challenging to kingship, faced not only with financial weakness and religious divides that would try any ruler, but parliament grew increasingly confident in their challenges to the crown. The idea of what a good king looked like was evolving, modern ideas of accountability and responsibility emerged prominently in political philosophy, as Hobbes would exemplify. James felt so challenged as to make the divine right of kings explicit, something unprecedented. Elizabeth had ruled with parliament for all but 15 months of her fifty-five-year reign without arousing excessive disillusionment, yet Charles’s rule without parliament is claimed the Eleven Years’ Tyranny, despite involving strict adherence to the law, no small feat considering parliament insisting on wars they refused to grant permission to fund.

I now return to the theme I began with: relativism. If Charles had ruled a century earlier, perhaps he would be remembered more fondly, but relative to opinion of the 17th century, he was an irresponsible king. Issues not foreign in nature to those of today plagued Stuart England in many ways. We cannot judge Charles too harshly, who could he have looked to for examples of effective kingship in times of such ideological change? We can forgive the Stuarts for not remembering Europe before Christendom. For failing to see backwards beyond the 1957 Treaty of Rome, there is no excuse. Reading around the subject before attempting an essay on statesmanship would be vital to any student, but the idea of reading around the subject before attempting statesmanship itself seems to be preaching to a deaf choir. I can only hope the leaders of the near future will apply the same level of diligence to their work the average undergraduate would to an essay. Perhaps this is asking too much.