Only two women in the UK are serving life sentences 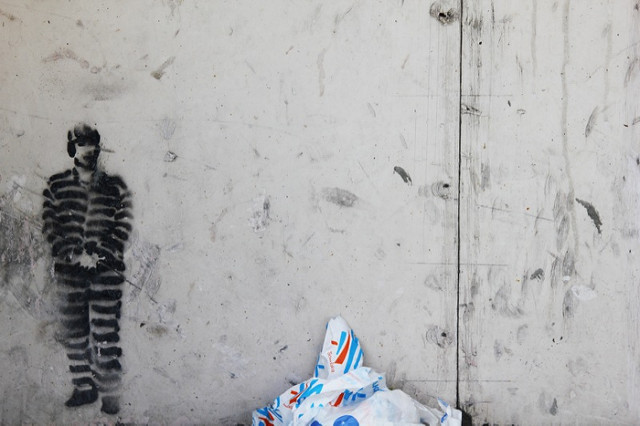 As of November 2016, there were 70 people serving life sentences in Britain. Only two are women. To earn a life sentence, one must commit an atrocious crime, such as a series of murders. Most of the men killed either women or children. However, there are exceptions such as Phillip Heggarty, who killed his friend Derek with a hammer, Stephen Port, known as the ‘gay serial killer’, who murdered four young men he met on dating apps, and Robert Maudsley aka ‘Hannibal the Cannibal’.

Carol Smart said: ‘When women commit crimes, they do so in a manner appropriate to their sex.’ Throughout history, violent crimes were seen as ‘masculine’ and it was prostitution where women made waves in the criminal figures. Women have been painted as very submissive creatures incapable of malice. When you consider this, it is not surprising that women and crime were rarely linked. Furthermore, criminal activity committed by women was often ascribed to ‘passion’ or ‘lust’, as if it always had to be inspired by their hysterical emotions. Between 1674 and 1834, women only accounted for 27% of the defendants tried.

So who are the two women currently serving life in jail?

The first one is Rosemary West, who was born 29th November 1953 and convicted of ten murders in 1995, yet believed to have murdered as many as 12. Rosemary was described as the most ‘prolific female serial killer’ and the judge presiding over her case advised that she should never be released. She did not commit these murders alone; her husband Fred was also accused. He, however, escaped trial by committing suicide in his prison cell. They sexually abused, murdered, dismembered, and then buried their victims under their house. The trial lasted 31 days. The victims included her 16-year-old daughter, 8-year-old step-daughter, and her husband’s pregnant lover.

The second, Joanna Dennehy, a 31-year-old mother of two, stabbed three men in 2013. Described by the judge as a ‘cruel, calculating, selfish, and manipulative serial killer’, she lured three men to her location, stabbed them and buried them. She admitted the murders, describing them as an act of curiosity that turned into a taste for blood.

Considering that the human sex ratio is roughly equal, it seems strange that out of all the criminals serving life sentences in the UK, only two are women. Is this because women are less likely to commit crime?

In 2002, 80% of known offenders were men. In the 1970’s, feminists like Carol Smart started asking questions about women’s relationships with crime. Did they really commit less crime? Or were they just better at hiding it? Or was it just less recorded?

There is an easy feminist avenue to take when explaining female relationships to crime through theories like the ‘sex role’ one. Historically, women are have been expected to behave properly and had their actions more carefully monitored. In this way, it seems they would be less inclined to commit crime or just better at hiding it. In the Middle Ages, many women had been found guilty of poisoning their husbands with apple seeds (as they contain cyanide) and trying to make them impotent by use of their menstrual blood (this is not scientifically accurate, so do not try at home).

Female crime has actually increased in the UK. The number of women arrested for violent crimes has doubled between 1999 and 2008. However, it is unclear whether these statistics are due to increased criminal activity or its newly heightened visibility.