Trump’s Iranian threats are ill-judged, but should they have taken us by surprise? 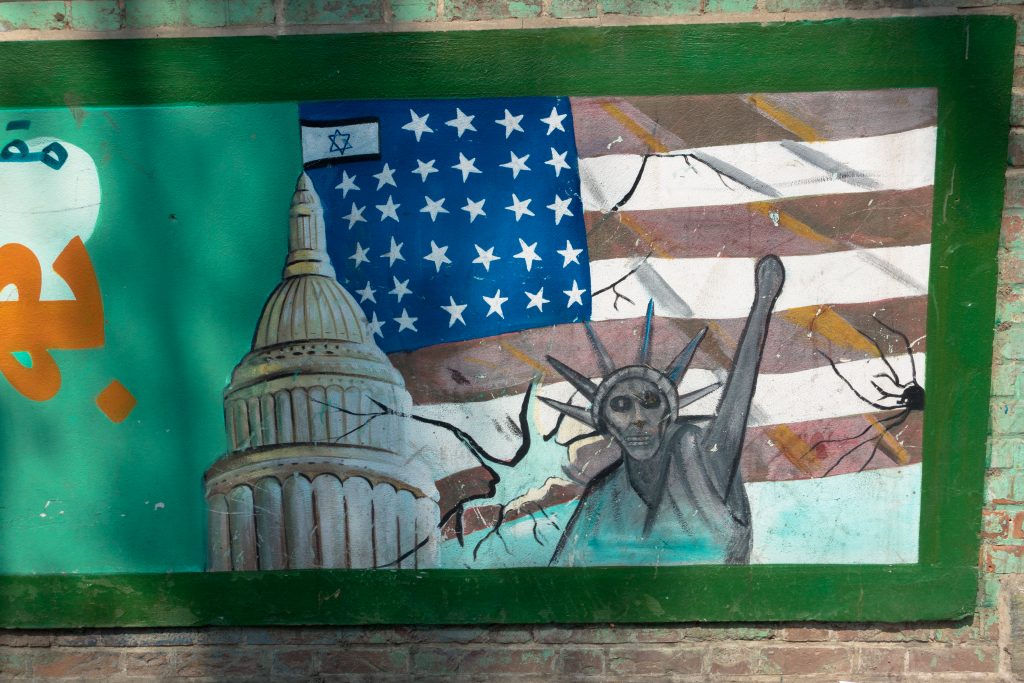 On Friday 13th October, President Trump announced that he would not recertify the 2015 Iran Joint Comprehensive Plan of Action (JCPoA). Trump called on the US Congress and the other signatories of the deal – the UK, France, Germany, Russia, China and the EU – to “fix” the agreement by placing restrictions on Iran’s ballistic missile capability and permanently limiting their nuclear programme. If no alterations are made, he threatened to unilaterally pull the US out of the deal. Where is the logic behind this, and what is Trump attempting to achieve?

Firstly, it is a very public smack-down of Iran at a time when Iranian forces are thwarting American strategy across the Middle-East. Iran, together with Syria and Iraq, is close to establishing a “Shia crescent” stretching from Tehran to Beirut. This will be a powerful political mass, and one that is more closely aligned to Moscow than it is to Washington. Trump’s threat to reimpose sanctions may be an effort to remind Iran of America’s power.

Mr. Trump is also convinced that the JCPoA does not fulfil its promise of preventing Iran becoming a nuclear power. The agreement is only temporary and Trump fears Iran might reap the economic benefits of the deal before returning to its nuclear development.

His threat seems like a play to his support base, at home and abroad. His words reassure his allies in the Middle-East, Saudi Arabia and Israel, both of whom are alarmed by Iran’s recent successes. Indeed, Israeli PM Bibi Netanyahu has been an outspoken supporter of Trump’s speech, calling it “courageous”.

Domestically, Trump is playing to a deep-rooted Iranophobia, originating from the hostage crisis of 1979-81. This is an important point for us in the UK to understand: we do not have such a deep-rooted hatred of Iran, and the influence of this sentiment is often overlooked in British analysis of US policy. Moreover, cancelling the deal was one of Trump’s more consistent campaign pledges, and as an alluring bonus it also allows him to continue his favourite hobby of erasing Obama’s legacy.

In all this, we must remember that Trump is above all a narcissist, not a strategist; a showman who delights in spectacle; a former reality TV host addicted to applause. The whole affair may in fact be an exercise in theatrics. On October 5th, a week before his speech, Trump announced that it was “the calm before the storm”, offering his audience a teaser trailer of what lay ahead. He knows that Congress has little appetite to reimpose sanctions or renegotiate the deal. If, as expected, Congress decide to do nothing, Trump will be able to reasonably claim that he did his best to scupper the deal (thus making good on his campaign promise), only to be blocked by the “Deep State” he so despises.

Unfortunately, Trump’s logic rests upon the assumption, commonly held in the US, that Iran wants to become a nuclear power. This may not be the case: Shia Islamic jurisprudence, the basis of Iran’s Islamic Republic, forbids the use of WMDs. Even during the Iran-Iraq War, when Saddam Hussein used chemical weapons against Iranian forces, Iran did not reply in kind. The extent of Iran’s nuclear ambition may well be to have enough enriched uranium to act as a “latent deterrent”, without having to build a theologically-unacceptable bomb. This line of argument is known in Washington, but Iran is in many ways a useful enemy: the natural enemy of Saudi Arabia (and to a lesser extent Israel), Iran can easily be blamed for regional terrorism. And so the narrative that it is an aspiring and potentially dangerous nuclear power has long been championed by the Pentagon.

Furthermore, the potential consequences of a unilateral American withdrawal from the JCPoA would be disastrous. The International Atomic Energy Agency has repeatedly stated that Iran has not violated any conditions, and that there is no basis for breaking the agreement. Trump himself tacitly acknowledges this: he accused Iran of violating the “spirit” of the JCPoA, not the terms of the agreement themselves. Netanyahu aside, no one is convinced. A US withdrawal would shatter its reputation as a trustworthy partner in negotiations. It would hardly send the right message to Pyongyang, as Trump attempts to bring “Rocket Man” to the table.

In Iran too, the ramifications would be damaging. The hard-line Iranian conservatives, those who oppose rapprochement with the West, are on the ropes. They have lost the last two elections to Rouhani and their support base is mainly confined to the countryside. Trump is an unlikely source of salvation, but were he to renege on the treaty it would be a significant blow for Rouhani and his liberal allies and a crushing disappointment to the Iranian youth, many of whom are desperate for more engagement with the West. The renewal of sanctions would also stop dead the tentative economic revival Iran is currently enjoying.

Most Western media sources were surprised by Trump’s decision not to recertify the deal. But since he has taken office, the President has consistently withdrawn from anything that he feels restricts his room to negotiate, whether it’s the Paris Climate Accord, the Trans-Pacific Partnership or America’s support for their beleaguered Kurdish project. He’s even threatening to withdraw the US from NAFTA, a move that would make unlikely allies of Mexico and Canada.

In the case of Iran, US policy has often left Iran baffled and hurt. In 2001 and 2003, Iran offered to support the US in its engagements against the Taliban and Saddam’s Iraq, respectively. In 2003, it even offered to open its nuclear programme to international inspectors. In both cases Iran was shunned, or worse. In 2001, only weeks after the two nations had cooperated to overthrow the Taliban, President Bush placed Iran in the “axis of evil” with North Korea and Iraq. Tehran was left shocked and confused, and the rejection of their overtures to the West led directly to the election of the conservative Ahmadinejad in 2005. Iranian ministers bitterly remember their treatment by Bush. By 2011, the US were willing to negotiate. Khamenei, initially reluctant, agreed to talk, but he privately warned his foreign minister that the Americans could not be trusted. Sadly, it appears that Trump may prove him right. For a man who prides himself on his unpredictability it is ironic that, in this case, Trump’s actions are just more of the same.