Tiberius and Caligula: The Dynasty Takes a Turn 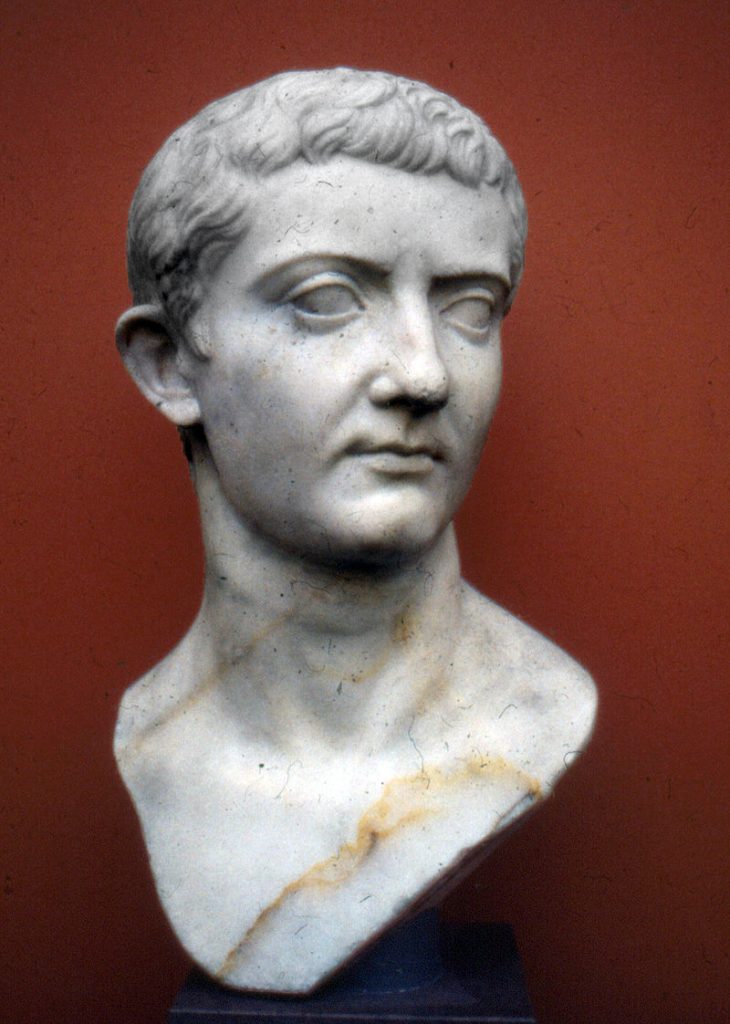 Tiberius’ first command in 22 BCE commenced an illustrious military career with the successful recovery of three standards lost to the Parthia. After this, he conquered Raetia, and pacified Pannonia and Germania, for which he was rewarded a triumph and appointed consul twice. However, Tiberius’ successes were eclipsed by his personal losses, including the death of his brother, Drusus, and his being forced by Augustus to divorce his wife, Vipsania, and marry Julia, the Emperor’s daughter, whom he grew to despise for her public promiscuity. Being confirmed as Augustus’ heir in his will after his death in 14 CE as something of a last resort, the Tiberius who inherited the throne was a far more resentful and reluctant man than the popular, even well-loved, general he had been.

In contrast to traditional depictions of a power-hungry tyrant, from the beginning of his reign, Tiberius showed a real unwillingness to engage with supreme power, instead wishing the Senate to act on its own. However, criticised by the Senate for being obstructive, he eventually relented, describing them as ‘men fit to be slaves’ for their inability to act independently of an autocrat. After his son Drusus’ mysterious death, Tiberius opted to withdraw to the island of Capri in 26 CE, leaving Rome under the reign of terror of his ambitious and unscrupulous Praetorian Prefect, Lucius Aelius Sejanus (the supposed murderer of the Emperor’s aforementioned son). Tiberius’ self-imposed exile in Capri became the context for many of the allegations of sexual depravity and wickedness described by Tacitus and Suetonius. This being said, the fact that no contemporary account of such behaviour remains, the clear anti-imperial bias possessed by Tacitus as a senator, and Suetonius’ sensationalist tendencies, have since brought these accounts into question by revisionist historians.

Another contributing factor to Tiberius’ orthodox reputation as a paranoid tyrant is his expansion of the maiestas laws (treason laws), and Tacitus’ vivid descriptions of treason trials, especially in the aftermath of Sejanus’ downfall in 31 CE. However, modern historians have challenged this as well, with Edward Togo Salmon arguing that Tiberius allowed more than half of those accused to escape conviction and blaming the execution of four innocent men for treason on the Senate rather than the Emperor. This deeply biased account of Tiberius has since overshadowed his status as an efficient administrator, who enriched the Roman treasury by anywhere between two and three billion sesterces, and (through the construction of bases and diplomacy rather than conquest) achieved a more stable empire and government.

With his adopted son, Germanicus dying in 19 CE, his biological son Drusus following suit four years later, and Germanicus’ two sons, Nero and Drusus, being exiled by the machinations of Sejanus, the issue of succession posed difficulties for Tiberius. Eventually, he made Gaius Caesar (Caligula), the last surviving son of Germanicus, and Tiberius Gemellus, his biological grandson, his joint-heirs, before dying on 16 March 37 CE aged 77. 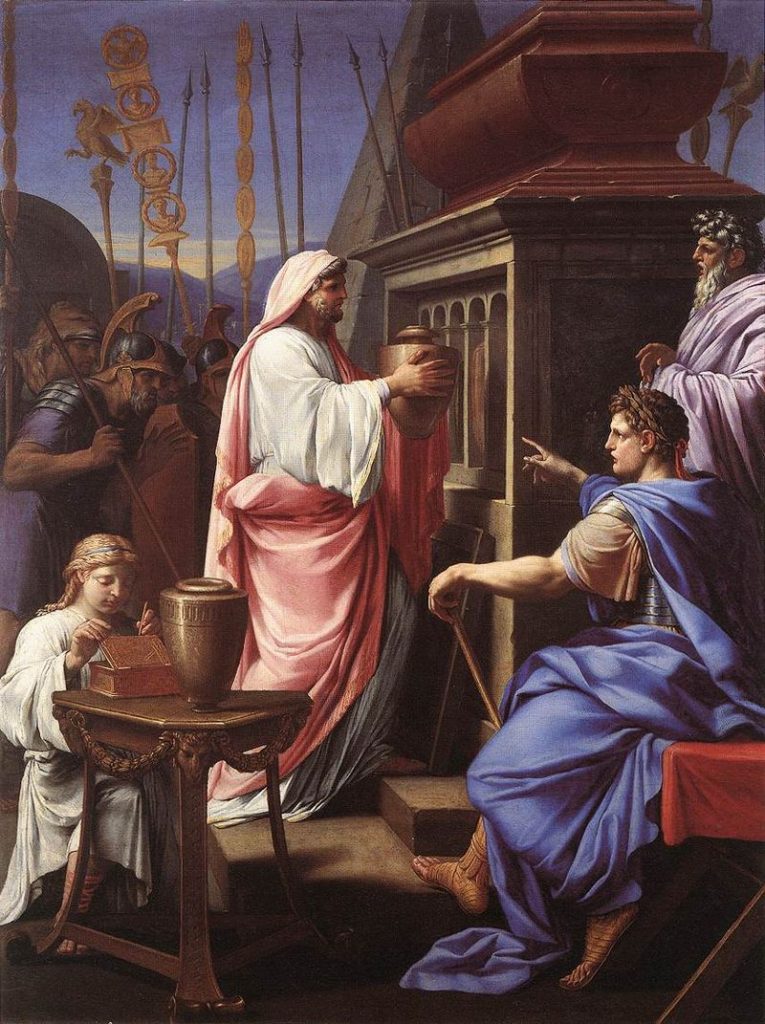 Tiberius’ grand-nephew and successor has since become synonymous with insanity, extravagance and sexual perversion. Even today, perceptions of his reign have been dominated by lurid tales of a murderous madman who committed incest with his three sisters, wanted to make his horse Incitatus consul and launched a war upon Neptune. It truly is hard to believe that a such a universally despised figure actually enjoyed the one of most promising starts to a reign. Gaius Julius Caesar Germanicus was accepted to the throne with immense joy from the Roman people, because of the military renown and popularity of his father Germanicus (incidentally, the toddler Gaius’ accompaniments of Germanicus’ campaigns were the origin of the nickname Caligula, being Latin for the ‘little boots’ he wore with his miniature uniform).

It even appeared that the 24-year old Emperor was living up to these high expectations at the start of his reign, financing games in the Circus Maximus, recalling those who had been banished by his predecessor’s treason laws and pledging to put an end to maiestas trials and informants. Philo of Alexandria (a man who was unafraid to describe him as delusional and self-obsessed) went as far to say in his description of his diplomatic mission to Caligula that ‘the age of Saturn…was no longer looked upon as a fiction and a fable’.

However, in the eighth month of his reign, Caligula was struck by a mysterious and serious illness, after which the figure of traditional accounts emerged, commencing with a purge of his own family, having Tiberius Gemellus executed and banishing his sisters, Julia Livilla and Agrippina the Younger. By the end of his reign’s second year, the treasury had been completely exhausted and relationships between the Senate and the Emperor broke down again amid renewed treason trials and the execution of prominent senators for participation in conspiracies to overthrow him. The last attempt, organised by Cassius Chaerea (the Praetorian Prefect, who Caligula routinely humiliated for his apparent effeminacy) and various senators, was successful, making Caligula the first Roman Emperor to be assassinated.

Like Tiberius’ alleged escapades on Capri, the Incitatus anecdote, accusations of incest with his sisters, and his irrational military expeditions (the most infamous account being that of an aborted invasion of Britain in which Caligula ordered his soldiers to collect seashells as spoils of war), have no existing contemporary account to validate them. Unlike Tiberius, however, the portion of Tacitus’ Annals (considered the most reliable and critical ancient source for the Julio-Claudian dynasty in spite of its obvious biases) which covered Caligula’s reign has since been lost, leaving us only with the dubious validity of Suetonius’ and Cassius Dio’s sensationalist accounts, written respectively 80 and 180 years after the events described.