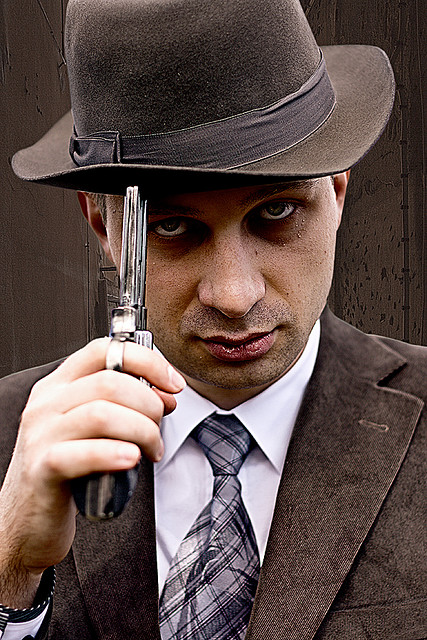 We can offer you a certain amount of protection… for a small fee, of course

Last week I stumbled across yet another article that horrified me, except this time it was not an ill-conceived rant against societal progression, but a piece of excellent digging carried out by The Guardian (excuse the shameless left-wing plug!). The police departments of the West Midlands, which is worryingly my home turf, and Surrey have proposed contracting out some of their workload to private security companies. But surely only mundane tasks, only the bureaucracy, I hear you cry. Some of it is indeed just the behind-the-scenes stuff, like “managing forensics, providing legal services, managing the vehicle fleet, finance and human resources.” This makes a certain amount of sense: bureaucratic bits are necessary to make a business run smoothly, so giving out these to someone else would surely free up police time for doing their job, like patrolling and detaining people? Think again. Also listed in the proposal are “investigating crimes, detaining suspects, developing cases, responding to and investigating incidents, supporting victims and witnesses, managing high-risk individuals, patrolling neighbourhoods, managing intelligence.” Basically, everything except actually arresting people, which they are not legally allowed to delegate.

So, at least we won’t end up with the personal interests of a company getting into and staining police neutrality, right? Wrong. “Detaining suspects” and “managing high-risk individuals” come awfully close to a bouncer approach, and without police training, we are surely at risk of having money-grabbing thugs “detaining” our prisoners. Perhaps that phrasing was a little emotive, but the point stands: if a company that solely exists to make money (just as all companies do, of course) is managing our safety and carrying out the first stage of our justice system, how can we be certain that their policing powers will never be used for personal gain, such as removing or undermining competitors, or creating business for themselves by inciting criminal activity? This may sound far-fetched, but the reason why we have neutral systems like the police in the first place is to prevent any possibility of falling down this kind of slippery slope. Can you ever truly trust a mercenary?

Why is this happening? The Guardian suggests money-making as the driving force. Perhaps this is the case, but it also seems to be part of a wider trend in Britain for privatization – more and more people would prefer private schooling; NHS dentistry is now pretty much non-existent. Is this just due to government cuts in funding? Or, is it part of a bigger move towards a consumer-driven politics? Perhaps only businesses that are simply out to make money, rather than state-funded organizations, are truly viable in the long run anymore. If so, this is rather depressing. In fact, rather terrifying. I’m all for the free market, as competition fuels improvement, but surely we have to prevent consumerism from taking over the institutions that govern and guard the way we live? But then, with the Religion of Retail taking over so many of our lives, maybe mass privatization is inevitable.

From a cultural standpoint, it really is the stuff of nightmares. It sounds like the premise of a science fiction novel – sort of the direct opposite of Orwell’s 1984, but with similar effects, in which the world becomes subject to brutish goons with money, rather than brutish goons in politics. What’s to stop a privatized police force from serving the interests of the highest bidder? Anyone who thinks I’m being melodramatic should read by Margaret Atwood. It may be science fiction, but the world it depicts is horrifyingly familiar, just a bit further down the track we’re already hurtling along. Everything is privatized and therefore subject to consumer demand – which ultimately means that the ones making the money are the ones that can afford protection and their own personal form of “justice”.

Like , this is another issue that doesn’t seem to be picking up much public attention at all. Except for a handful of outraged voices in the comments section on one of the articles I’m quoting, it is hard to see any particular public movement against this. Two police unions, Unison and Unite, held what the Guardian described as “a small protest” outside the bidding conference, at which police officials met with various security companies, but this hardly constitutes the widespread outrage that the proposals ought to provoke. Lord Prescott has decried the move – it’s nice to agree with him on something for once.

But this isn’t enough. We really need to react against this now, whilst the plans are still in their early stages and only spread over a few counties, before police privatization infects the whole country and becomes difficult to reverse. I have nothing against security companies, but we don’t want them anywhere near our public law and order system. There’s too much danger, as one Guardian commenter put it, that “PCs Slipshod and Halfarsed will be wandering the beat down your way sometime very soon.” And don’t expect them to protect you for free.