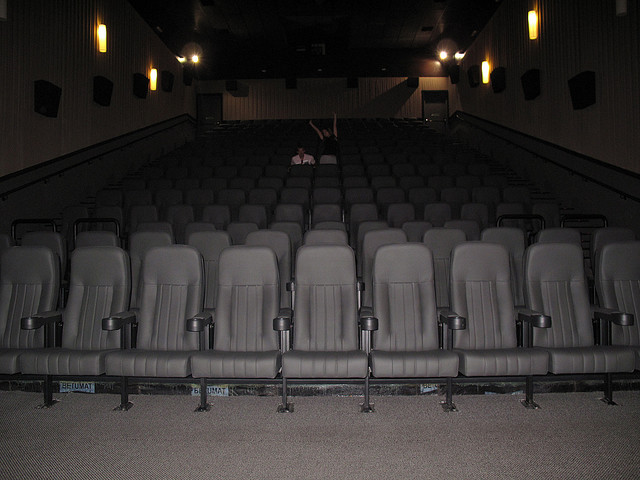 How long could you stay here?

Definition: The Two-Hour Rule states that if a film is over two hours in running time, it is likely to feel too long and lead to distracting thoughts of kittens etc. while you wait for it to end. It was during my first term at university that I noticed the trend of getting impatient and waiting for the film to reach its conclusion around the two-hour mark, and since then have developed this into a theorem. Hopefully you will be more persuaded by it than Jeremy Clarkson was by global warming.

Firstly, a disclaimer: despite what my mother thinks, I am not perfect. Probably my biggest character flaw is impatience, apparently so noticeable that my friends have nicknamed me “ADD”. Guinness may tell me that “good things come to those who wait”, but Horace told me to “seize the day”; ultimately I’m always going to trust a Greek philosopher over an Irish drink that tastes like chocolate and mud. I digress, but although I am pretty much the epitome of the “MTV Generation”, I have noticed that for most people, films over two hours are just too long.

Adults are always commenting that younger generations have a decreasing attention span, and while it is true to say that my personality supports this view, that isn’t the most important factor in why films shouldn’t be longer than two hours. After that I start to wonder when everything will conclude, because it is very difficult for films to maintain pace after this time. This is an important point: it is not so much that two hours is too large a unit of time to be taken up by film, but that the vast majority of films struggle to maintain a good pace. I have seen enough films to notice that the vast majority follow the premise-complication-resolution formula (unless they are in a series, where resolution is replaced by cliffhanger) – and then the only real variable is how long the characters take to get to the resolution. Now I wouldn’t go as far to say that you should avoid all films over two hours, because there are some masterpieces which manage to break the rule and keep the audience engaged. However, these are rare and most films which break the rule feel too long.

“But Sam!” I hear you cry, “The Lord of the Rings films are all well over two hours and still great.” Well I know I am in the minority on this, but the first film wasn’t great.

I actually fell asleep the first time I saw it and nearly committed hari-kari after being forced to watch the 208 minute edition, more than an hour of which centred around The Shire where Nothing Ever Happens. The other two films, I admit, were excellent, but still too long. I feel that both would still have been good with some of the dialogue cut to maintain the pace. Sure it wouldn’t be as close to the novel, but if you want all the nerdy details then just read the books. After also seeing King Kong, I have come to the conclusion that Peter Jackson’s films need to be edited with a hedge trimmer to avoid them being used for the future Guantanamo torture technique of boring people to death.

There are many examples of films which tried to become “epic”, and instead just became self-indulgent and tedious at points (hopefully not like this column). Pirates of the Caribbean: Dead Man’s Chest made me miss the last train home, mainly thanks to the random scene of Johnny Depp confronting more Johnny Depps for half an hour just to demonstrate he was going mad. Pearl Harbour’s massive love triangle story may delight women everywhere, but it can be summated with a simple “Sorry that I hooked up with your girlfriend because we thought you were dead, but after you actually die we’ll name our child after you”. Avatar’s simple plot and poor dialogue were in part exposed because of its run time, and The Matrix Reloaded felt far too random and long partly because it contained a rave scene in Zion which is longer than the actual raves I’ve been to (which is one).

There are films with a run time of over 120 minutes which manage to capture attention for that duration, I admit. However in my experience these are as rare as a happy Scot, and when found should be treated like a gem. The role of cinema should be to entertain, and it is difficult to fulfil that role when the audience feels that the film was too long, and stopped being entertained by it. In my experience, two hours is the mark where this occurs.