The saucy side of France

Harriet Mallinson in Columns on 8 February, 2012. 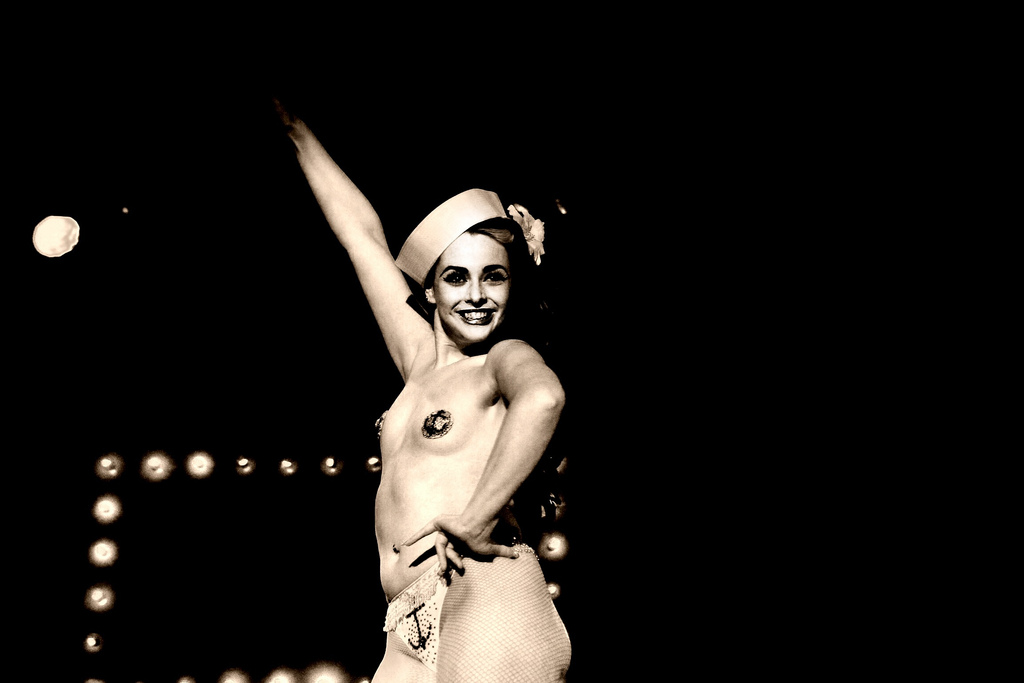 What better way to spend a quiet afternoon?

When I was young, my mother went to great lengths to prevent me from coming across any sexually explicit content. I was only to watch 12-rated films when 12, 15-rated films when 15, and so on. My first memory of rebellion is when I watched “Titanic” at my best friend’s house aged 10, and golly did I feel naughty. That celebrated sex-in-the-car scene became my first introduction to X rated material (which, in retrospection, really isn’t saying much!). The next hurdle proved to be “Love Actually”, at 14. This too was watched away from home, but my friend’s mother was so concerned by the potential wrath of my own dearest madre that she would stand in front of the television the minute a stray nipple appeared on the screen.

Needless to say, as a result of this mollycoddling, I spent a lot of my youth being a bit of a prude. I remember well my utter horror in Year 7 at seeing a girl strut around in just her knickers with the excuse that she was so flat-chested there was nothing to hide. That kind of behaviour was just not acceptable! Despite, now several years later, having seen my fair share of nudity, I am still forced to look away whenever any over-zealous women strip off completely in a changing room. No, I do not want to see your vagina. However, things took a drastic turn yesterday when on a whim I attended a “Salon d’Erotisme” in La Rochelle. To simplify: an erotic exhibition. Yes I know, you thought La Rochelle was just the home of sweet and innocent “Encore Tricolore”, but oh no; judging from the incredibly lengthy queue outside the building… They’re a dirty bunch in La Rochelle.

Still, I admit, seeing middle aged men and women handling gyrating phallic forms without a hint of embarrassment was most definitely a first; none of those hasty, covert looks around Silver Street (the entrance of Tesco’s before dashing into Ann Summers in Durham…). Not that I have ever done that of course… However, just as we were starting to bemoan the total lack of freebies, the live acts sprung up at the far end of the room. NOTHING could have prepared me for what ensued and I dread to think what my poor mother would have thought if she’d known. All those years of covering up side boob and front bottom gone to pot, this was the full-on whammy. Any innocence I may have retained from my childhood was utterly, completely and totally shattered. The first ‘performer’ appeared amidst a cloud of smoke and had absolutely enormous knockers. One by one her various garments were removed. Nevertheless, I thought for certain she would retain her dignity ‘down below’… Oh Harriet: so naive. Off the G-string popped and there in all its glory was a diamond butt plug. I stood in utter shock, mouth wide open. This was quite easily the strangest Saturday afternoon ever (Yes that’s right, afternoon… My parents were off looking around a National Trust House whilst I was ogling strippers; Classy). Following this was a second stripper who pretended to be in “Tron”, complete with an illuminating costume. It really is extraordinary what turns some men on. The strangest thing of all was when it transpired that the woman was in her thirties with two children who were (I quote) “very proud of her”. Really?

The next act was most definitely more up my street – a male stripper/pole- dancer. He was without a doubt the most athletic man I have ever seen. Anything that can be done with a pole, he did it, whilst intermittently removing items of clothing: upside down, sideways, somersaulting, climbing, twisting, sliding… Magical. The climax was of course when he poured water all over his naked torso, reminiscent of the Herbal Essences Adverts. You could have cut the sexual tension with a knife. The Velcro-trouser wearing policeman and cowboy that came after him had a tough time competing I tell you! Never before have I seen so many naked men in the course of one short afternoon: so many bulging biceps, so many beautiful buttocks… But not a single phallus. They were always strategically hidden which cannot be said for the women who bared all. Why the inequality here folks? However, that said, I highly recommend a visit to this annual exhibition to any Year-Abroaders who are near La Rochelle next January. Seventeen euros well spent.

It’s a truth universally acknowledged that the French are far more open about sex than the British, and Saturday afternoon certainly highlighted this. However, this was strongly contrasted on Friday night when I attended the biggest nightclub in Poitou-Charentes, “Hacienda”, and saw multiple women dressed very simply in jeans and jumpers. JUMPERS in a nightclub… I break into a sweat just thinking about the prospect of wearing a jumper in Loveshack. My Anglophone friends and I had kitted ourselves out in mini-dresses and heels and looked a far sight over-dressed compared to some women there! In my opinion one goes to a club for two reasons: 1, you’re out on the pull, and 2, you genuinely love a good dance. French women do neither. So why are they there? It’s hardly the perfect location to have a good natter! How I long to know their motives, which are clearly very different from those I am used to back in Blighty!