The origins and dangers of American activism and insularity

“We are … losing something solid at the core. We are losing that Pilgrim and pioneer spirit of initiative and independence”

John Kennedy delivered these words in 1960, encapsulating the concerns of a generation of Cold Warriors. Lambasting President Eisenhower for allowing “the Communists from nibbling away at the fringe of the Free World”, he satisfied the many who feared a drift towards ‘neo-isolationism.’ The image of US decline propelled the youngest ever President into office with a promise of global activism.

Kennedy would be deeply troubled by today’s America. At a presidential debate, Tulsi Gabbard blamed the chaos in Syria on American “regime change wars”, the very activism Kennedy promised. It is easy to imagine how a Kennedy or Ronald Reagan would have reacted to Turkey’s genocidal incursion after Trump’s withdrawal of troops. However, among Democrats there was little divergence from the central rationale of Trump’s policy: reduce American commitments as a matter of urgency. Leading candidates Elizabethan Warren and Bernie Sanders have both voiced support for ending “forever wars.” A growing consensus of delimitation of American activity is also apparent in Obama’s foreign policy in the Middle East. James Traub has reflected on these currents and claimed that “Syria is a test case for the new dogma of restraint.” Although this dogma of restraint is ascendant, it is not new. To understand its origins and facets it is necessary to understand the US as an outgrowth of the British culture it supposedly rejected in 1776.

America is only exceptional to itself. In his 1953 book, The Genius of American Politics, historian Daniel Boorstin presented an exceptionalism vision of his country: American culture presented a “seamlessness” which did not know ideological conflict which was an exclusive European reserve in his view, allowing the rise of French revolutionaries, Nazis and Soviet Communists who precipitated tragedy. America, apparently, had developed institutions allowing it to escape a tragic fate of ‘the rest’. Compare that to the writings of a British historian, George Macaulay Trevelyan, in 1904: “The transference of sovereignty from Crown to Parliament was effected in direct antagonism to all continental tendencies.” Trevelyan wrote in the Whig tradition which looked at the chaos of nineteenth-century Europe, an era of perpetual revolution and counter-revolution which contrasted with relative stability and gradual reform in Britain. Anglo-Americans have conceived of themselves as possessing the highest form of human government allowing them to escape the conflictual fate of Europe.

For many, exceptionalism meant a call to arms. That tradition can be traced to the reign of Elizabeth I who, despite being a proponent of limited Reformation, breathed new life into the hopes of Protestants after her Catholic sister’s bloody reign. Protestants had a self-conception as the ‘true Christians’ alienated from the corrupt Catholic church headed by the anti-Christ. Herein lie the origins of Anglo-American exceptionalism. These ‘Puritans’ were a constant thorn in the side of the Stuart kings. James I faced ferocious criticism for his sparse support for Protestants in the Thirty Years War. His did not forget the crushing defeat of Protestant Frederick V at the Battle of White Mountain in 1621 by the Catholic Habsburgs. James’s reluctance stemmed partly from his desire to unite and balance all the antagonists of Europe, partly from his awareness of the limits of English forces which became abundantly clear when France effortlessly deflected Charles I’s attempt to protect French Huguenots from persecution in 1627.

Although an activist and moralistic foreign policy often proved unfeasible, American patriots looked nostalgically upon the Puritan spirit. Kennedy publically quoted the Puritan leader John Winthrop who led his followers to America seeking a utopian ‘City Upon a Hill’ which would realise idyllic aspirations clearly not ascendant in Charles I’s England. This image proved a powerful axiom of American foreign policy activists, and provided the rhetorical lynchpin for Reagan’s farewell address: “I’ve spoken of the shining city all my political life … a city with free ports that hummed with commerce and creativity, and if there had to be city walls, the walls had doors, and the doors were open to anyone”. Reagan extolled a globally integrated America; those who compare Trump to Reagan should take note. The pair massively diverge in their vision of how to make America great.

But whilst exceptionalism could drive patriots to undertake a mission to spread American values, a sense of insecurity tamed Anglo-American ambitions. Boorstin argued that “nothing could be more un-American than to urge other countries to imitate America.” Boorstin feared such an attempt would embroil America in the kind of ideological battles it had made itself special by avoiding. The trepidation of undermining democracy at home still holds sway over Anglo-American foreign policy debates. Arch-realist John Mearsheimer argues against the pursuit of a liberal foreign policy partly on the grounds that it undermines democracy at home, thus he makes a “case for restraint.”

This is not an American peculiarity. After the Napoleonic Wars, there was a broad fear that revolution, as Edmund Burke argued in 1791, would lead to the ascendency of expansionist dictatorships. The victorious allies therefore sought to ensure the French nightmare would not be repeated. But when a need to act came in 1820 with revolutions in Spain and Italy, Viscount Castlereagh, a chief architect of the Vienna settlement, declined involvement. A counter-revolutionary alliance, he claimed, would be “an embarrassment, especially to a Government constituted like” ours. Austrian diplomat Metternich realised the crux of the matter lay in Britain’s difficulty in reconciling its domestic self-image with a decidedly conservative European alliance. In a final bid to keep Britain in the counter-revolutionary alliance, he passed an Act of Guarantee in which it was declared revolutions were illegitimate unless they resembled England’s Glorious Revolution of 1688. Metternich failed in his bid to ensconce Britain in a new European alliance; the rainy isles, which had been central to Napoleon’s defeat, drifted into an isolation for much of the century. His attempt was, nevertheless, intellectually well rooted. The Glorious Revolution was the moment when Trevelyan thought England finally broke free of all vestiges of backwards tyranny. The “dogma of restraint” is a powerful force and is evidently not new, but part of an over-arching Anglo-American history.

This may seem an abstract and eccentric response to the Kurds’ tragedy. But there is good reason to historically reflect on the differing behaviour of Puritans and Victorians, Cold Warriors and modern Americans. Firstly, note the difference between now and then. James’s Puritan critics and Reagan talked with pride of their history; we are increasingly ashamed of ours. A history of imperialism coupled with many controversial Cold War alliances has created a generation broadly repugnant of Anglo-American internationalism. The battle between Trump and ‘The Squad’ over their visit to Israel in August reflects that this disinclination is shifting into the realm of high politics. It remains contested whether the support for Israel is something to look upon with pride or shame. The trend toward insularity is not only rooted in long-term characteristics of the Anglo-American people but in powerful new movements that are inspiring many. Its significance should not be underestimated.

Should the decline of “the Pilgrim and pioneer spirit” concern us? Kennedy and Reagan were inspiring patriots but risked catastrophe. They brought the world to the brink of nuclear annihilation in 1962 and 1983, and Kennedy’s military strategy of ‘flexible response’, designed as a corrective to Eisenhower’s alleged complacency, helped escalate the war in Vietnam into a nightmare. Such crusading impulses are, as Mearsheimer and others contend, clearly inflammatory. But isolation or a vaguely defined ‘restraint’ are unacceptable alternatives. Historically, periods of Anglo-American insularity have ended with acts of terrifying aggression. British complacency toward the French Revolution led MPs to ignore Burke’s prophetic prediction of international chaos. The US joined both world wars only after direct threats to its soil. Britain was brought out of its nineteenth-century isolation when Germany invaded France through neutral Belgium, thus violating international law. Benjamin Disraeli had warned as early as 1871 that “the balance of power has been entirely destroyed” by German ascendance and unification. In each case, Britons and Americans waited until the threat posed from strategic competitors was indisputable, and in so doing missed opportunities to reconcile states like Germany into a stable order. Berlin would have been much easier to deal with in 1871 than in 1914, when perpetual domestic crises inculcated its leadership with a sense of fatalism that prompted a fully militarised response to a crisis in the Balkans which on paper posed no real threat to Germany.

Policy makers should reflect on the long Anglo-American struggle with its foreign relations, understand how it relates to their own self-images and learn to think in degrees, transcending the ‘activism-restraint’ dichotomy. The urgency of such solutions is two-fold: Great power competition in the pre-1914 Balkans through nationalist allies parallels many developments in modern Asia; untested forms of weaponry are in the hands of competitors stronger than those of the past. The very fact that each period of insularity ended with a major war should be enough to counter the drift towards inaction. America should avoid trying to remould the world in its own image, but it should realise that it has the capacity to curtail the militaristic ambitions of autocratic powers, a precedent for which is the Crimean War in which Britain joined a coalition to repulse a Russian land grab. Washington should be less the missionary than Kennedy, but to resign itself to the side-lines of history would be to accept its repetition. 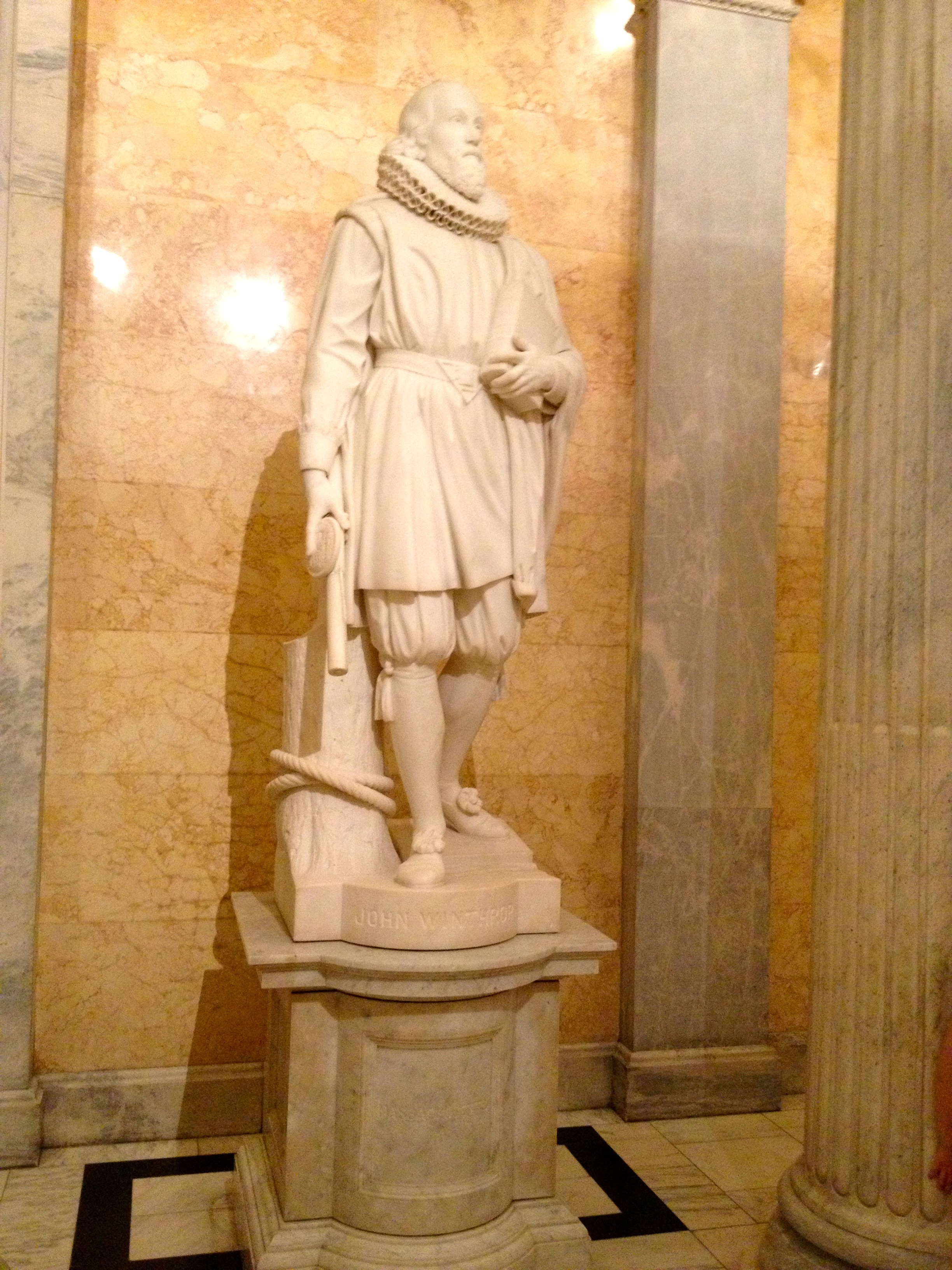 Image by Christoph Wald. Available on Flickr under the Creative Commons 1:0 license