The Magic of the Cup 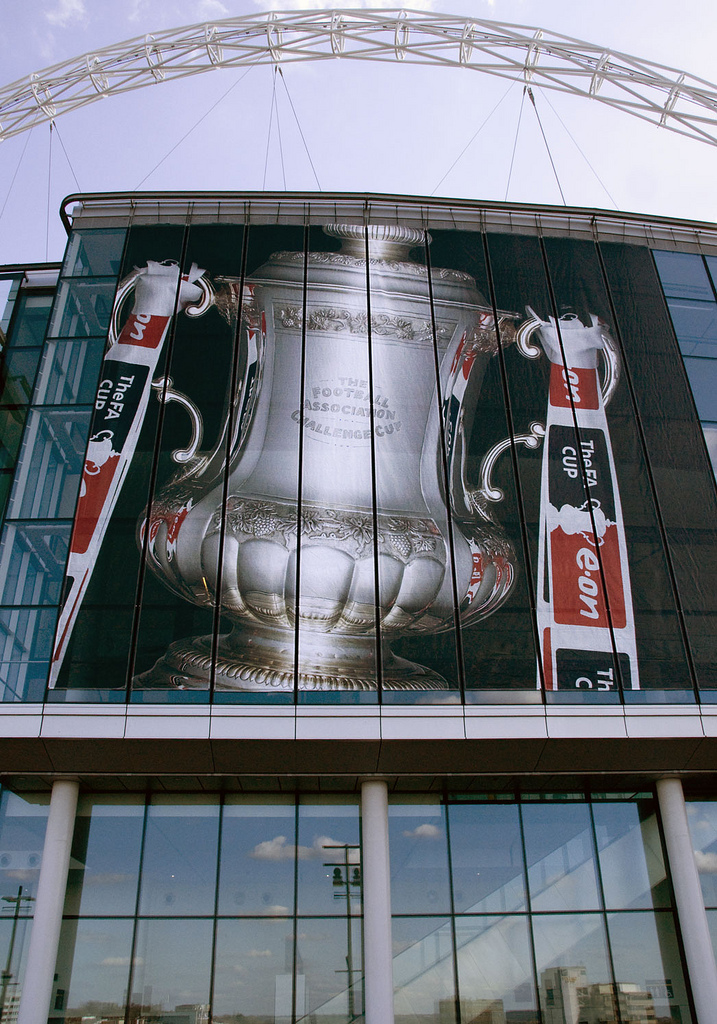 For all of those sitting in the back.

Football pundits and journalists constantly remind us that the FA Cup is special. The phrase ‘the magic of the cup’ is so often used in relation to this tournament that it could practically copyright it. But do we really care about it as much as we used to? There have been some famous matches and performances over the years, but has the cup now lost its sparkle?

The FA Cup is the oldest football tournament in the world, and has a rich heritage; fans of most clubs could point to a special day in their history when they overcame greater opposition in the Cup. Its reputation for ‘giant-killings’ (another phrase usually reserved for this tournament) is so synonymous with the Cup itself that on any given weekend, we can almost expect a top-flight team to go down to a surprisingly tenacious lower league side. It is this reputation, stemming from the fact that the FA Cup allows amateur village teams to play at some of the biggest football arenas in the country – at least hypothetically – that has defined the FA Cup and somewhat explains its popularity.

Over the years, FA Cup weekends have generally been viewed as an exciting change of pace from the potentially monotonous league season. It is one of few competitions that allow teams from practically any tier in English football to play against one another – some for the very first time, others for the first time in a generation or more.

The search for the last non-league opposition to beat a top-flight team goes back to the 1988–89 season, when Sutton United overcame Coventry City, though there have been many famous giant-killings both before and since. Despite all the media hype (inevitably centering on the ‘magic of the cup’), the question has been raised both directly – from pundits questioning its novelty value – and indirectly in terms of managers fielding weaker sides; whether the FA Cup really means as much as it used to.

This may be a consequence of the rise of the Premier League. England’s top division is currently one of the most-watched domestic football leagues in the world, attracting audiences all over the globe. Since the biggest clubs broke away from the pack and the First Division was re-branded in 1992 as the Premiership, England’s top-flight has grown to become a financial behemoth. The Premier League is an incredibly lucrative business, earning billions from the sale of television rights to countries all over the world. No wonder then, with this huge advance of interest in the modern domestic league, that the quaint, traditional FA Cup might be left in its shadow.

Certainly, overseas, there is far less interest in the FA Cup (and its respective domestic equivalent) than in Britain. Germany has the highest average attendance at its top-flight games in all of Europe, yet entry to its DFB Cup (its biggest national domestic cup) is limited; the Spanish are far more excited at the prospect of a good league finish than mediocre progress in the Copa Del Rey. The domestic cups attract big interest in Europe, but they’re hardly on a par with the respective leagues.

On the other hand, the FA Cup has gained an almost mythical status in English football. It is the cup that focuses on smaller teams, giving fans of lower league clubs their weekend of fame and possibly more if they snatch a win off one of the big boys. As we have seen this weekend alone, it brings together age-old enemies (Liverpool vs. Manchester United), local rivalries (Sunderland vs. Middlesbrough) and plenty of shock results (Brighton v. Newcastle). For that reason alone, it is hard to deny the emotional appeal of the FA Cup.

The Premier League may have enlarged its profile and pulled away from the lower tiers, but for all fans, especially those of smaller clubs, there is nothing quite like the FA Cup. Its founding principle of being open to all clubs down to amateur level means it is inherently unpredictable, and the persistence of the traditional English championing of the ‘underdog’ only serves to increase the attraction. Whatever happens, and whoever wins this year, it’ll be a long time before this cup loses its sparkle.