Harriet Mallinson in Columns on 23 November, 2011. 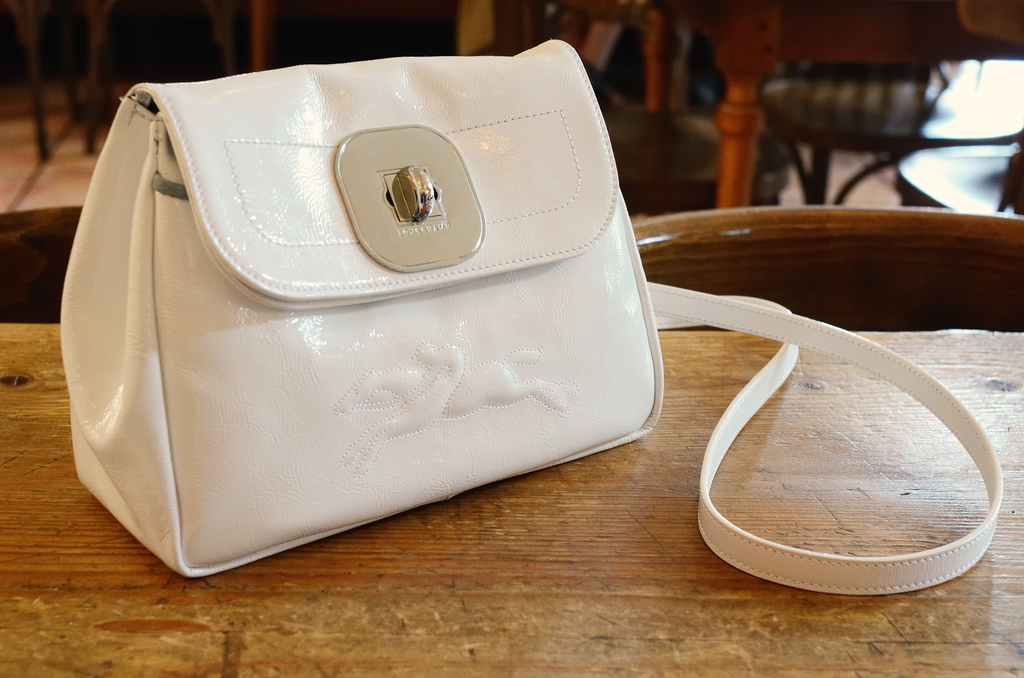 THE bag to have

Wandering through the town centre, I see them everywhere: big, small, grubby, pristine… A plethora of colours swims before my eyes: purple, blue, green (or if you’re looking to be poncy, bilberry, peacock and loden to name but a few). As “the daily companion of millions of women and men” (quoth the website) the classic ‘Le Pliage’ Longchamp handbag is fast becoming an inescapable sight for me in France.

Surveying the eclectic crowd at my bus stop of a morning it becomes clear that if you’re a cool kid in a French ‘lycée’ (secondary school) you without a doubt have a Longchamp bag. These girls stand there in obvious cliques, flipping their hair and somehow manage to get away with wearing flats and jeans (a look I feel never works for me… damn you short legs) and I cast my mind back to my own school days… A knee length blue pleated skirt and an itchy blue jumper was the order of the day; a far cry from the sophistication of these girls now before me. The real problem at hand is that many of them, despite no doubt being sixteen, undoubtedly look the same age as me. Let me tell you, this does sod all for my self confidence. What’s more, this suggests that, God help me, I look like I’m still at school and thus, being alone, must look like a Billy-no-mates who doesn’t even have a friend to take the bus with. The shame.

Luckily, the bus stop isn’t wholly the French version of “Gossip Girl”. Amid these glamorous young’uns, I perceive the unfortunately small, bespectacled man who walks with a limp, the couple snogging frantically (and thus taking up the only available bench, merci), the awkward spotty prepubescent boys… and hooray, the fitty! Yes I know he’s obviously eighteen but my isn’t he just lovely…the style he’s got going would definitely fit in well in Durham; perhaps I could woo him and bundle him into my suitcase?

Getting away from the point, Harriet…to return to the Longchamp phenomenon, my friend Lucy (whom I swear owns half a Longchamp store) presented me with a Longchamp key-ring for my eighteenth birthday. It was high time, she announced, that I became mature and chic. How a key-ring is the springboard to this is beyond me, but this is coming from a girl who believes it’s rude to use a second-class stamp…My point is, Longchamp seems to have become synonymous with class and sophistication. If one takes a faded rucksack to school (if you’ve seen groups of European children on school trips in England you definitely know what I’m talking about) one lacks a certain ‘je ne sais quoi’; if one carries a Longchamp bag, oh yes, one has it. Although truth be told, surely a rucksack is far more practical when lugging hefty textbooks around? Of course these adolescents are just starting out, women of all ages posses this famed handbag and, cringe, some men too. How right George Bernard Shaw was when he stated, “A Fashion is nothing but an induced epidemic”! However, I can’t help feeling that it’s hardly the most attractive of bags and okay it can fold up if necessary…but really what is so special about it?

But aye, that’s the rub when it comes to designers, n’est ce pas? My first memory of owning a designer item of clothing is when I was fifteen: a girl in my class called Charlotte gave me her cast off blue Ralph Lauren polo shirt. I was ecstatic. I wore it constantly, certain that I had reached the zenith of fashion. In retrospect, mon dieu it was an unattractive specimen. It looked worryingly like our school gym shirt, it was far too small, and developed nasty stains under the armpits. In short it appears that, aged fifteen, I knew very little about fashion. But, when you’re a vulnerable teenager and everyone has the latest thing (be it a Baby G watch, a pair of Miss Sixty jeans, or an iPod) you have to have it too, no?

Having said that, I confess I have always been nervous around designer gear. Most terrifying are those insanely chic stores that display a total of five items which are guarded Cerberus-style by impossibly fashionable women who tower above me in their heels and look scathingly down, clearly wondering what on earth a girl like me is doing in there. I mean yes…they’re right, I have come in for a laugh and most definitely don’t plan to buy anything, but how do they know that? Is their snooty behaviour really necessary? Julia Roberts, I feel your pain.