The Growing Pains of Video Games 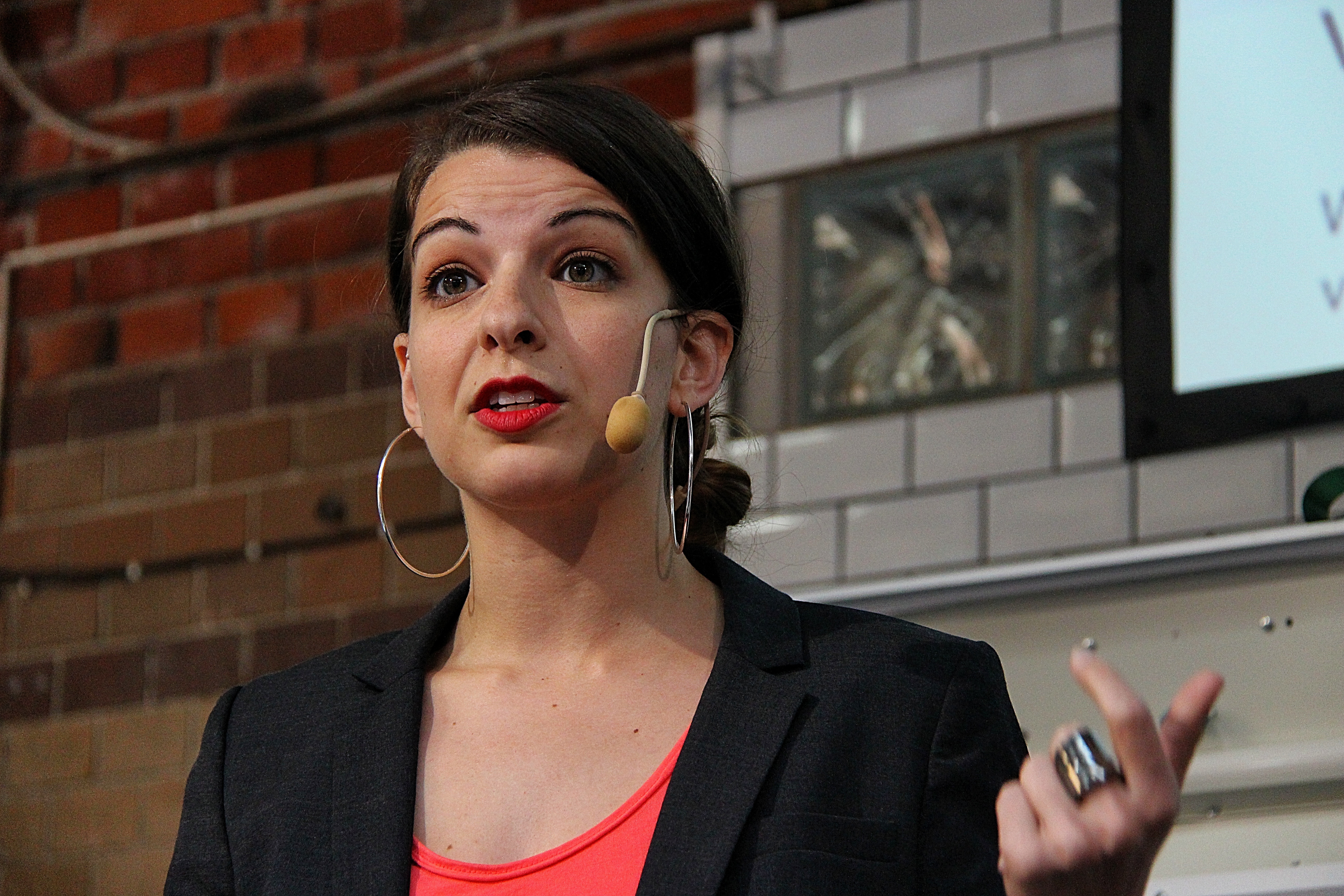 Anita Sarkeesian: a voice for female equality in gaming.

Before I turned thirteen playing video games was just something to do, like reading a book or watching a movie. Then I reached secondary school and realised how horribly mistaken I had been. Playing video games was actually ‘gaming’, which made you a ‘gamer’, which brought enough baggage with it to make the most committed bell hop in a five-star hotel faint.

Since then, gaming has always seemed to come with plenty of anxious identity problems. There were the lads who played the latest Fifa or Call of Duty, but never on their own because they had a life thank you very much. Or there were the hardcore gamers who exclusively played real games because they were real gamers, presumably rather than all the imaginary games played by imaginary gamers. Then there were casual gamers playing games mostly on smartphones, but who would not dream of playing those ones for teenage boys and besides, it’s just a silly bit of fun for the commute. All the identities seemed to come with a caveat that validated or justified them somehow.

There are certainly elements of snobbery and elitism in the worlds of books and movies, but the identification ‘reader’ is a much less loaded term than ‘gamer’, and I have never heard anyone being called a ‘movie-watcher’. Yet, without many people seeming to notice, video games have become the largest entertainment industry in the world. The global market was estimated to be worth 93 billion in 2013, with projections for it to fly past the 100 billion mark in 2014 onwards. Even the biggest blockbuster movie could not dream of an opening weekend to rival Grand Theft Auto V’s last year. In the first three days it generated 1 billion in sales (and it’s about to be re-released for the latest consoles in a month).

Clearly, any stereotype of the lonely loser being the only one playing games is now categorically untrue, if it was ever otherwise. In fact, recent figures from the Internet Advertising Bureau show that the majority of people playing games are women, 52% in the UK. The future looks set for an amazingly diverse game industry full of possibilities, but it’s not happening yet.

For me, gaming is playing Metal Gear Solid and the Final Fantasy series as a kid with my brother, huge, epic games that felt endless, too imaginative (and sometimes weird) to predict a single moment. It’s going to the midnight launch of the PSP with my dad and both of us being in awe at the leap of technology, the wonder of what it could do. Back then, when the only comparison was a Gameboy, it was the same feeling as when smartphones were invented. None of the gaming identities I saw, or see now, reflected any of that excitement, the same excitement that comes when you read a book or watch a movie that does something you didn’t even know the medium could do.

Instead, we have gamergate, the most vile, pointless and embarrassing social media event in recent memory. It began on August 16th this year, when Eron Gjoni, the ex-boyfriend of game developer Zoe Quinn, published an excruciating, self-pitying, self-satisfied, novella-length blog post about their relationship, accusing Quinn of sleeping with game journalists to get better coverage for her games. It’s a bizarrely pretentious manifesto-style ramble by a man-child in love with his idea of himself as a tortured martyr, violating both his own and Quinn’s privacy in publishing messages and details from their life. To give an example, the title for the first act of the post (and yes, it is in ‘acts’) is ‘Whereof One Cannot Speak, Thereof One Must Be Silent’.

The fate for this kind of toxic discharge onto the internet is usually the oblivion of obscurity, but Gjoni’s post, published with the noble intention of warning us about Quinn, was seized upon to begin a protest campaign about ethics in games journalism.

The result so far, in addition to harassment campaigns and hacking attacks on multiple women in the game industry, has been developer Brianna Wu, journalist Anita Sarkeesian and Quinn herself all being forced to leave their homes because of rape and death threats.

There is no better medium than video games for pure escapism, and I don’t think I’m the only one who has enjoyed how empowering they can be as well. That empowerment can quickly turn into the thrill of power over others. Playing multiplayer shooters as a teenager quickly became about this, being the best, not just beating the other players but humiliating them. The fun fades pretty fast down this road, then it’s just about winning.

In a way, social media and the internet facilitate the same thing, the sense of power you can have over others from behind a keyboard. People seem to get a taste for it.

The early days of World of Warcraft (when it was in its ‘vanilla’ phase) remains the best game I have ever played. No one has come close to recreating that living, breathing fantasy world, where you could go on adventures, meet people, talk and form groups, discover new worlds together. I check the game out from a distance every now and then and it is unrecognisable. Now it’s just rushing through every bit of gameplay, kicking out any player out who cannot keep up, racing to the top in a game that is designed to be endless. Winning.

This is all gamergate is: pure aggression, putting people down, making their lives hell, trying to control a world some think they own by stepping on anyone they do not want in it. The idea that it is still in some way really about journalistic ethics, a debate with good points that is drowned out by a vocal minority, is simply embarrassing. These pained discussions full of commenters constantly talking about how rational and logical they are sound more adolescent (and like Gjoni) than any gamer stereotype. Unfortunately, it shows no sign of ending, with all kinds of minutiae being debated to death, sinking deeper into the bog of the whole issue.

Consider it was all true, that Quinn or any other developer had slept with someone to get better coverage, so what? What industry wouldn’t have instances of that, and I care far less about it then I care about what’s been done in the name of persecuting it. Now there’s a new part of gaming culture that reflects nothing of my (and I expect others’) experience: the witch hunt that punishes anyone who dares to be involved in video games without the requisite penis.