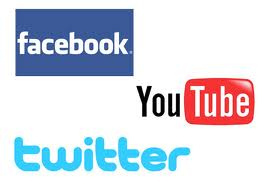 The biggest decision a student will ever have to make. Maybe.

As my essays piled up at the end of term I decided that if I wanted to get a degree/be a more normal person my had to end. After one last refresh of my news feed I gloomily allowed my housemate to change my password. In my abstinence I did get a couple of essays done but whined so much about feeling isolated that, to my delight, my housemates returned my password on day 6 and deemed me an incurable addict.

It may have self-improving tutorial videos on everything from DIY to makeup but YouTube, unlike Facebook, will rarely improve your relationships (other than bonding over cats if you’re Sam). My mum loathes social networking on the reasonable basis that it’s healthier to actually talk to people, but the adept Facebooker subtly employs stalking knowledge in real life conversations. Consider it personal research.

So you trawl Facebook to discover that your hot new course friend is single (!) and a big Miranda fan. Do some swotting on iPlayer and next time you see them you can reveal your obvious compatibility by sliding Miranda quotes into the convo. You could fiddle on your phone until they say something then mutter “…bear with… bear with…” in an amusing way. Try to make this hilarious rather than rude. If they take offence and/or miss the reference, try whispering “Ah, the French Revolution… SUCH fun…” or “this is mega what I call DULL” during a lecture. If the hottie remains oblivious then they’re either a) not a real fan, b) very dim, c) experiencing a hangover so severe that they can’t function, d) wishing you’d get lost, or all four, so give up. But hopefully at some point their beautiful face will light up as they go “Oh my god, I LOVE that show!” or similar. You screech (or sigh, depends on your style) with delight that you’ve found a fellow addict, discuss the latest episodes and possibly (if things are going well) suggest that you watch it together sometime… Facebook saves the day/your love life.

Your love life can also benefit from a little Facebook research by investigating who’s out on the same night as you; you can give fate a helping hand by being, coincidentally, at Studio on the same night as the guy/girl you like, looking extra hot. Likewise, if Facebook informs you that someone you really don’t want to see is clearly also going to your college bar then you can either man up and go anyway, having rehearsed an awkwardness-dispelling speech, or re-plan your night to avoid them. I find option 2 easier.

I admit that Facebook research (stalking) has its downsides. Stalking apparently perfect people can make you feel like an inadequate, unphotogenic loser with a bikini body that would never make a decent profile pic but it can also boost your self esteem in a way that no YouTube video of strangers could ever do: there’s nothing better than discovering that the class bully/cool kid is now obese and/or works full time in Maccy D’s to remind you that your life isn’t that bad.

While this is all very shallow, I would also argue that Facebook can inspire some deeper thoughts about who you are and what image you want to convey. When the fourth Facebook-savvy relative has joked that it looks like you could do with a teetotal holiday you may begin to question whether endless photos of you falling over in Klute accurately presents your whole uni life…

Then of course there’s Facebook’s huge entertainment value. The News Feed forms a kind of trashy reality show itself, but reveals only a tiny slice of the potential gossip to be found on Facebook through skill and intellectual effort (I’m serious). Facebook, unlike YouTube with its passive entertainment, is all about the challenge, and unless you are a dedicated stalker you cannot know the satisfaction to be gained from finally piecing together the truth about where (/in whose bed) someone you know ended up last night.

Facebook is also the speediest way to contact people whose phone numbers you don’t have. The fact that everyone spends their lives on/connected to it (even if they pretend not to) means that even if they’re too cool to reply for ages you can be pretty sure that they’ll have got your wall post/message within the hour. This was proved nicely by my poor co-columnist having to wait a very, very long time for me to reply to his DUO e-mail, while if I’d had him on FB I’d have got back to him in the flashiest of flashes, in the words of Rowan Atkinson.

Finally, Facebook works well with YouTube, showcasing the best videos, but YouTube, funny as it is, can’t link you to hilarious photos of your flatmate as a thirteen year old emo. Facebook is personal, useful, a one-stop procrastination station, and the fact that photos of (and chats with) family and friends are just a click away makes weeny, claustrophobic Durham seem a little less far from home.

I agree with Molly that Facebook is an extremely addictive website. I check it more times than I am willing to admit publicly. However, I get much more enjoyment out of looking at the sheer volume of videos on YouTube than from checking Facebook. There is a limit to how much stalking your ex you can do on Facebook, whereas it is impossible to exhaust the content on YouTube. I went through a period of just watching YouTube videos (mainly of cats), and it got so bad that my friends literally hacked into my computer and prevented me from accessing it. This was the saddest day of my life. That in itself may be (slash definitely is) sad, but it shows the power that YouTube, which is just a website, has.

One of the reasons why my argument is better than Molly’s, and frankly I think that this point alone wins the argument, is that I can link YouTube videos throughout my article. How do you like dem apples? Such as this one, showing the 100 greatest YouTube videos in 4 minutes. Nothing but awesome.

People that argue for Facebook could state that it is more social than YouTube. Not true. One of the ways which I bonded strongly with a friend at Durham is through showing each other videos of cats on YouTube. Was this really lame? Undeniably, however both of us appreciated the time and effort that went into finding and linking videos such as this one of an Inception Cat. I read somewhere that YouTube is mainly videos of cats; I think that by each finding at least 50 videos of cats on YouTube between us in a month, we proved that this is true.

But YouTube is not only a website of cats. Oh no. There is much more than that. There are videos of dogs too. And videos of dogs fighting cats. YouTube has so many random videos of animals on there, that there is actually a video called “Animal Fight Club”. If you “YouTube” (it can now be used as a verb) any combination of animals, separated with “versus”, there is an extremely high probability that you will find it.

Why do I use this potentially sickening example? It shows that the sheer content of YouTube is ridiculous. There a video of almost everything on YouTube, save the really disturbing stuff that frankly shouldn’t be accessible to the public anyway.

YouTube is also one of the best websites because you can find true happiness on it. Sure reading a message on your Facebook wall from someone you haven’t seen/heard from in ages is nice, but is it as heartwarming as seeing a baby monkey riding backwards on a pig? Scientists have concluded that people, who don’t smile whilst watching that video, are proven to not have a soul. Simon Cowell’s head literally exploded all over the wall behind him after viewing it from sheer joy. True story. Durham has a Happiness Society, and one of the main ways in which they promote happiness to their students is by linking YouTube videos.

Arguably the quickest way to fame and fortune for free, is through YouTube, not Facebook. Sure, opinion on Justin Bieber is more divided than when Moses parted the Red Sea, but at 16 years old he has done extremely well for himself, and he was picked up after performing in a video on, you guessed it, YouTube. This has led to even more people attempting to get picked up for their musical talent, like this guy. Furthermore, there are loads of people earning a living on YouTube, from advertisers giving the video blogger money for every hit they receive. At least 10 are earning over 100,000 p/a; including the tragically unfunny Shane Dawson who earns a reported estimate of 315,000 p/a from publishing free content. Facebook is a useful way of advertising your group or special interest, but hasn’t transformed lives in the way in which YouTube has.

Clearly, therefore, I have demonstrated the majesty of YouTube. Facebook is undeniably more than “just a website”, but the sheer content and happiness you get from watching these videos makes YouTube better. And to play myself out – here is a video of a woman singing Ken Lee. Enjoy.