The Genesis of Studio Ghilbi 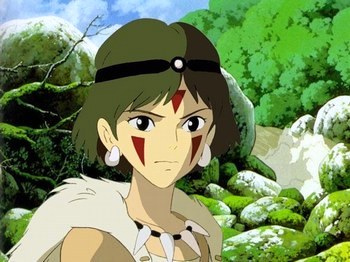 If you’re going to talk about Japanese animation (commonly called anime), leaving out Studio Ghibli would be like leaving out Disney in western animation. The studio was founded in 1985 by Hayao Miyazaki and Isao Takahata, both of whom had been in the animation business for a while by that point. Takahata, working for Toei Animation, had directed the film Horus: Prince of the Sun which was released in 1968. Miyazaki, whose contribution was so great that a new job title was created for his role, helped do the animation. Unfortunately, plagued by labour disputes and delay, it ended up being a commercial flop and was kept in cinemas for only 10 days. Takahata was never allowed to direct at Toei Doga again. However, it gained critical acclaim and became a huge underground hit with young adults, who recognised that it was trying to move away from the norm of anime focused just at children. The main character may have been a child and the colour palette bright, but there was also mistrust, betrayal and death handled in a serious manner. Takahata and Miyazaki continued to work with each other in the 1970s on various smaller projects like episodes of Lupin III, Heidi, Girl of the Alps and 3000 Leagues in Search of Mother.

They were both partially involved in a disastrous project in the early 1980s on Little Nemo, a joint project between prominent American and Japanese animators, which suffered from constant stalling and walk-outs. Yet what really set the wheels in motion for Ghibli’s creation was the success of Miyazaki’s film Nausicaä of the Valley of the Wind in 1984. Miyazaki once said that without Toshio Suzuki, there wouldn’t have been a Studio Ghibli, and it was Suzuki who pushed Miyazaki to turn the already published Nausicaä into a film. Suzuki officially moved to Studio Ghibli soon after its creation and acted as producer for most of the Ghibli films. In Nausicaa, you can already see many of the features that would come to signify a classic Ghibli film; distinctive faces, incredible aircraft design, sympathetic heroes and villains, a love of the natural world and a hatred of war. The film was hugely successful and on the wave of the success was born the powerhouse known as Studio Ghibli, which has been creating animation magic ever since.

Not light-watching by any stretch of the imagination, and only made more emotionally crushing by the fact that it’s partly based on the true story of a brother who lost his sister to malnutrition in World War Two. Taking place at the very end of the war, this film charts the lives of two orphaned siblings (a boy and his four year old sister) as they try to survive. The movie doesn’t pull its punches; it opens with the boy being found dead at a train station, as his flashbacks show how he got to this state. The horrors of war aren’t just shown in the big bombing scenes, they’re also in the more everyday scenes; the aunt who just doesn’t care what happens to the children, the tin of fruit drops that means so much to them and the little girl unable to understand why fireflies die. Despite Takahata’s insistence that there was no anti-war message, it’s hard to watch and not see the tragedy of it all. Unlike other Ghibli films, there are no fantasy scenes to break up the long slow shots that are realism at its finest.

This is the first and last Ghibli theatrical feature to be directed by Kondō; his promising career was cut short when he died of an aneurysm at the age of 47. This film is a testament to his talent. Equal parts romance and coming-of-age tale, the plot follows a young girl called Shizuku Tsukishima and her blossoming affair with a boy called Seiji Amasawa. Seiji knows what he wants to do with his life; make and repair instruments. The film is spent watching Shizuku come to terms with her feelings and trying to develop what she’s good at – her writing. The movie isn’t overtly fantastical; there’s one fantasy element in the middle which follows the story of her book. But the films realism is one of its sweetest features. When she’s finished writing her book, it isn’t instantly perfect. She’s told that it’s good but needs work. She accepts this and decides to get more schooling to try and improve her writing. Rather than accepting the big romantic gesture at the end where Seiji tries to ride on his bike with her up a steep hill, she takes it on her own terms. She gets off the bike to help him push, saying she wants to help him, not be a burden. Besides, the film gains points for having one of the sweetest versions of ‘Take Me Home, Country Roads’ you’ll ever hear.

This is a specifically Japanese period drama with Japanese folklore playing a key role, yet you never feel lost as to what is happening. A young man, Ashitaka, is cursed for killing a boar-demon; the curse gives him superhuman strength but slowly kills him. He searches for a cure and finds himself in the middle of a war between humans and giant animal-gods. Princess Mononoke is rated PG, and you would want a hell of a lot of parental guidance before showing this to a child. There is graphic violence; people’s heads are shot off with arrows and guns. It’s a mostly hand-drawn film with some computer animation in support, which doesn’t stop it being visually stunning (Miyazaki personally checked every one of the cels involved in making the film). Miyazaki takes care to craft complex characters. Ashitaka is the hero, yet he is melancholy and can sometimes be dangerously naive. Lady Eboshi, who is one of the main villains, cares greatly for those who society never wanted – prostitutes and lepers have a place in her town. There’s some romance and some comedy, but it never feels forced and doesn’t take away from the serious message about learning to live with nature, not against it. On a lighter note, after bad previous experiences with American editing, when Miramax co-chainman Harvey Weinstein suggested editing Princess Mononoke for western distribution, he was sent a samurai sword by the studio with the simple message – ‘No cuts’.