The Funny World of the Dictator 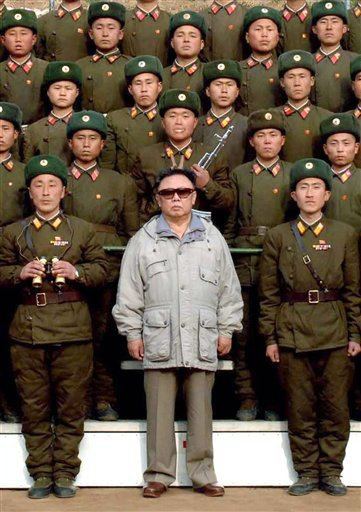 Ever been in a crowd but feeling totally alone…?

As Daniel Defoe once exclaimed: “All men would be tyrants if they could!” And of course this statement is true enough… at least in my case. For several years in my youth I enjoyed managing my own micro-empire that ruled over every single corner of the globe. There was peace and prosperity and my toys – or subjects, as I referred to them – basked in the shining glory of my achievements. And while I am sure that this fantasy was harmless enough, and that I have now certainly outgrown it, there are always some men (and to be honest, they are almost always men) who never grow out of this phase. Their dreams of greatness stir within them, restless and waiting for opportunity to arise.

These lines uttered by the historian Lord Acton, some one hundred and twenty years ago, were as apt then as they are today. But perhaps he should have added that great men are quite frequently mad men, either before they achieved their power or else soon afterwards. And, perhaps inevitably, down the generations these “great” tyrants have been defined not only by the appalling atrocities they have committed – acts of unspeakable cruelty against their own people and those of other countries – but also by a catalogue of behaviour that almost boggles the mind by its shear ludicrousness.

It appears that I am not the only person to have considered bizarre dictatorial behaviour a subject of interest. According to a recent article by Mary Beard (a noted Classics Professor at Cambridge), dictators are quite frequently defined not only by their appalling tyranny but also by their odd habits and their peculiar antics. She cites the example of the Emperor Nero who, tired of his mother once she had helped him achieve imperial power, contrived to have her killed using a collapsing boat. His plan, a rather convoluted scheme to say the least, involved rowing her out to the middle of a lake and then causing the boat to break apart to her surely inevitable demise. Fortunately for his mother, she was a strong swimmer and survived this attempt, only to be finished off by a more usual method of assassination shortly after reaching land. More importantly, Professor Beard notes that peculiar stories often serve to obscure the truth about these dictators and their achievements. It is much easier to consider the Emperor Nero playing his fiddle while Rome burned – it easily fits into the view of Nero as a murderous dictator. His actual response to the situation was to organise one of the greatest schemes of public building in the ancient world to try and restore his city’s glory. Admittedly one of its centrepieces was a 30m statue of himself; but then, who would begrudge him that?

But, whatever the truth about the matter, I still think it is definitely worth looking further at these rather incredible dictators. After all, this article is certainly not meant to be a learned work that attempts to rehabilitate the reputations of some of history’s greatest villains.

Idi Amin, former self-appointed President of Uganda certainly behaved rather unusually, even by the strange standards of the average dictator. His habit of awarding himself titles eventually meant that he was to be addressed as “His Excellency, President for Life, Field Marshal Al Hadji Doctor Idi Amin Dada, VC, DSO, MC, Lord of All the Beasts of the Earth and Fishes of the Seas and Conqueror of the British Empire in Africa in General and Uganda in Particular.” Alongside this lengthy list of accomplishments, he also declared himself to be the rightful king of Scotland and even wrote a letter to Queen Elizabeth II to declare his rights in the matter. She didn’t reply.

Another peculiar ruler was President Saparmurat Atayevich Niyazov of Turkmenistan. During his impressive premiership, he notably managed to rename bread after his mother, the months after his family, and banned a myriad of objects including beards, make-up and dogs from his capital, and gold teeth as well as lip-synching across the nation. Of course, Niyazov did more than rename and ban things. More impressive were his health and social reforms which comprised the closing all hospitals outside the capital, firing 15,000 health workers in the process.

But of course, the most recent example of a strange dictator is the late Colonel Muammar Gaddafi, until recently the “Brother Leader of the Libyan Arab Jamahiriya.” Since his demise in October there have been countless reports of both his terrible atrocities and his eccentricities. The latter of these included having an all-female bodyguard (the so called “Amazons”), living in bullet-proof Bedouin tent which he pitched across the world including on the White House lawn and his frankly bizarre obsession with former American Secretary of State, Condoleezza Rice.

So what can we conclude from this short list of dictator foibles? That they were all frankly mad? Certainly, all of these men were one bullet short of a magazine. And the same is true of most current tyrants such as the eternal leader of North Korea, Kim Jong-Il who, amongst other things, reportedly spends 700,000 a year on brandy, a figure that would make even the most spend-thrift of alcoholic students balk. But while I find these tales of dictatorial excess and ridiculousness amusing to say the least, perhaps these great dictators are to be pitied. Unlike most people, they grew out of their childish fantasies and have been able to indulge themselves once they have achieved power. Can anything be said in defence of these people and their crimes? Not at all, although of course tyranny can have its advantages. After all, “Tyranny is always better organised than freedom.” And without tyranny, there would have been no need for this article…