The Fine Line Between Comedy and Anguish 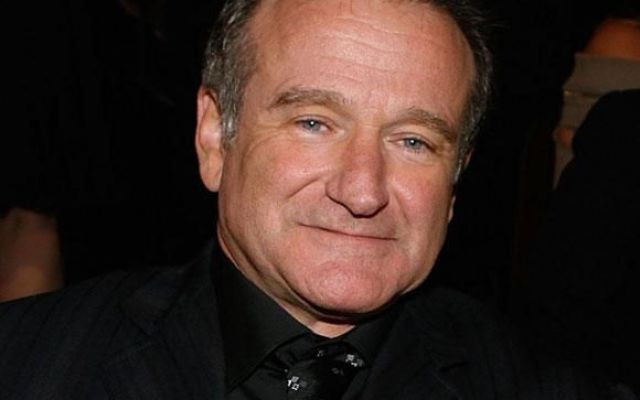 Robin Williams: A beloved comedian and actor whose battle with depression and subsequent suicide shook the world.

I’ve been a huge comedy fan for as long as I can remember. In recent years I’ve seen multiple stand-up comedians and haven’t yet walked away disappointed. I was also part of the huge group of people who were deeply saddened by the news of Robin Williams’ death in August this year, having watched his films from a young age and enjoyed them immensely. I don’t believe I’m alone in thinking that he had a knack of turning, what would be otherwise, a poor film premise into a comedic masterpiece. I feel his death struck me in two ways: firstly because he was one of a few actors that I felt I grew up with; from Mrs Doubtfire when I was aged around 10, to the Night at the Museum at the cinema with my sister, all the way into my days at university crying at Good Will Hunting and Dead Poet’s Society. There’s something particularly special about an actor who can star in so many films that you love and take that journey with you through your life.

But secondly, it was the way in which Robin Williams died. No one can know what he was going through at the time he took his own life, and I don’t wish to speculate on it here as I don’t feel any of us have the right to comment. However, since then, many news stories have appeared with apparent details of Robin Williams’ health at the time, including his battle with depression.

There has long since been a theory of the ‘crying clown’, with many comedians who bring such great joy and laughter to people with their comedy who are secretly battling their own demons and are unable to make themselves happy. I remember reading an article shortly after Robin Williams’ death mentioning the sad fact that he could have simply walked outside of his apartment and asked any passer-by what they thought of him or his films and would have been greeted by a heavily positive response. Except that for Robin, this wasn’t enough. And this I feel is the difference between Robin and several other comedians who have been known to battle depression.

The reason I thought of this topic for my column was the recent news that Lee Evans revealed his depression in an interview with The Sun. Lee hasn’t been diagnosed with depression, but the paper still ran the headline ‘Lee Evans: Performing helps my depression’. In actual fact, Lee’s admission was that he often feels depressed “mostly out of being criticised” which I think would be a common feeling for most performers and people in the spotlight. I imagine it must be difficult for comedians in particular as the response from the audience is so immediate and unambiguous. Jimmy Carr has often spoken about his love of this, in comparison with TV work, as he knows which jokes work best instantly. However, it is easy to see how someone with just a little less confidence could take a hit when the critics get their knives out. It’s often stated about comedians that they are usually the outcasts at school, using their humour to gain friends, so it’s not much of a stretch to see that when criticised they may take it harder than other performers; having struggled to be accepted for most of their lives.

The irony is that these are the people who make so many of us laugh, but are unable to use this to fuel their own self-worth. Don’t be mistaken, I’m not attempting to suggest that all comedians are incapable of being happy, and I personally think the comments in The Sun by Lee Evans have been heavily twisted to make a story out of his situation. I think depression is a serious topic, and I’m not keen on the way the media seem to be throwing the word about in relation to many comedians recently. It’s easy to see that since Robin Williams’ death there has been more interest in comedians when they express any inkling of depression, and this is usually transformed into a story which suggests all of our beloved comedians are constantly crying when off-stage. This is clearly not the case, and I believe that the majority of comedic performers hugely enjoy what they do (otherwise they wouldn’t be doing it). Comedy is, like any profession, hugely rewarding if you can do it well. But this is unique to each individual performer and unfortunately some people are unable to transform the rewards into self-belief for various reasons. So I don’t believe that when the lights go down there are hundreds of crying comedians in their dressing rooms, but I do feel for those who are powerless to accept the applause. It’s just unfortunate that the media is frequently responsible for the myth and the truth.