Pandora Huntingdon-Smythe in Columns on 19 October, 2011. 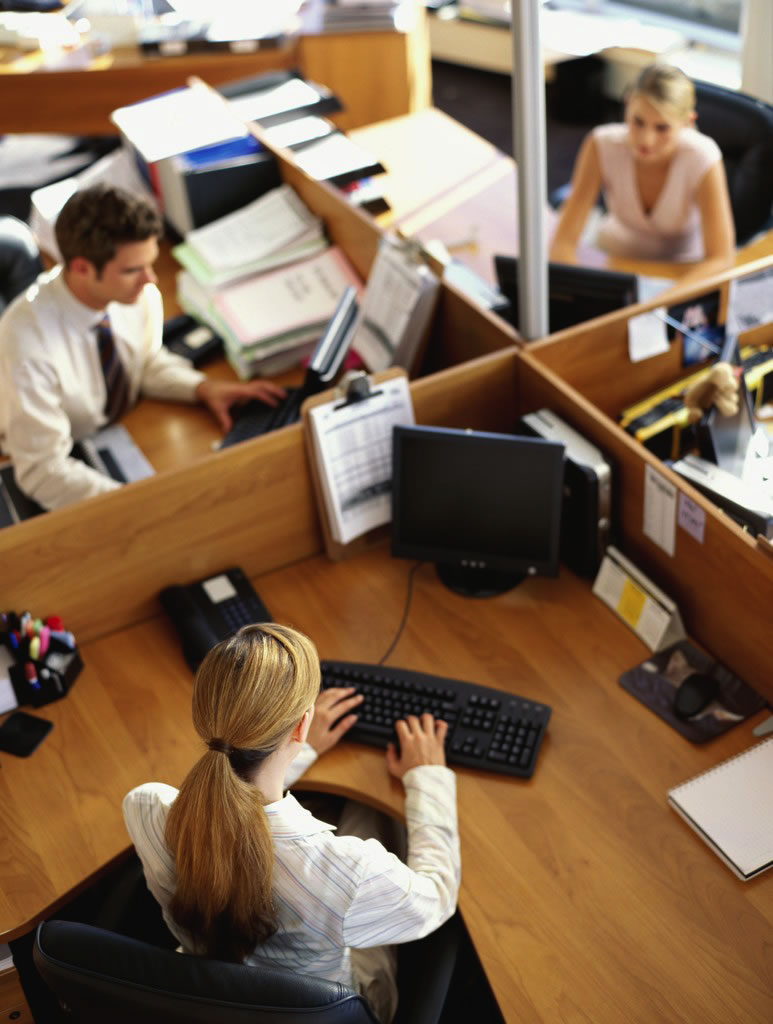 One of the many offices Pandora has never worked in

I know it has been a very long time since my last instalment, but I have been rather busy enjoying my last summer as a carefree student. Many prospective third years would have used their lengthy summer months productively, taking on as many internships as humanly possible in order to boost their employability before (gulp!) graduation next year. That would have been a sensible course of action, especially considering how a friend of mine just received a generous job offer following a two-month stint at Ernst & Young. I, however, decided it would be far more fun to max out my overdraft paying for trips down the pub and multiple holidays whilst working the occasional weekend to stave off total financial meltdown Lehman-style.

As soon as I secured my job at the Imperial War Museum (a moment of epic triumph for a History nerd such as myself), I set about booking my various trips with reckless abandon. I spent about a week working there before jetting off to experience the wonders of Berlin’s nightlife: a far cry from the sorry, sweaty places we frequent in Durham. I took great satisfaction from the knowledge that I was drinking Jaegermeister with a crowd of Swedes and Mexicans we had picked up that evening in former East Berlin while my friends were slaving away trying to ‘network’ and obtain graduate jobs back home. It pleased me greatly that I had the freedom to explore a vast techno club occupying the basement of a converted warehouse, unlike my peers who were frantically trying to decide upon their choice of future career. I was also pretty smug that I had managed to make it to my first ever music festival instead of volunteering to spend my summer photocopying in an office, although the ‘toilet’ facilities left a lot to be desired. In retrospect, however, I believe they may have made the right decision. My friend has a starting salary of around £30,000 and I have an overdraft, leftover hand sanitizer gel and some serious sunburn.

Coming back to Durham, unfortunately, has made me realise just how significant this final year is going be for my future graduated self. My housemates and I had, for instance, deliberately chosen to rent a house situated in the highly desirable region of Church Street. I may have joked to my friends back home that this decision was swayed by our close proximity to the excellent New Inn but it was, in reality, far more to do with our closeness to the library and Elvet Riverside.

Indeed, we returned to our lovely new house that had only recently been redecorated and fitted with a new oven and wood laminate floor. This was a welcome change from our previous abode, which was originally carpeted throughout with a nasty-smelling, ill-fitted monstrosity that filled the house with the pungent aroma of urine. And vomit. And a multitude of other horrid things. It was a smell that had managed to spread through the entire house and would not go away, not even with the help of an entire bottle of Febreeze. I was even tempted to go all out, CSI-style, and take swabs, in order to determine the identity of the one who had caused such devastation from the DNA that would surely have been left in some form of bodily fluid or other. There were literally no words, in fact, for the stench that came from the threadbare, matted thing that covered the vast expanse of floor. My housemate, however, actually could find the words to sum up our somewhat undesirable situation: ‘We might catch AIDs or something from that carpet’.

As social convention dictates that those who go about smelling strongly of urine tend not to be the most popular, I thought it my moral obligation to do something before we commenced the year as social pariahs. Unfortunately, the landlord did not agree and insisted ‘there is no stink’ with all the disdain of a person being accused of allowing his tenants to move into a house requiring immediate fumigation.

It was a great relief, this time around, to be able to settle into a house in the knowledge that our clothes would finally be free from the musty smell that had previously surrounded us as we walked to our lectures. This relief, however, turned out to be a false sense of security once we actually spent a week in our new place. It turns out that our house is a haven for spiders and other unpleasant creatures. After stumbling across a spider so gargantuan in size you could see its hairs and its teeth, I have come to the conclusion that the Carpet of Doom and the Creamfields portaloos are actually quite preferable to the prospect of living one’s final year in constant fear of a stampede of excitable arachnids. I also discovered at least three slugs on our kitchen floor when I was rummaging about for a post-Fabio’s snack the other night. One had even made it up the cupboard to a used plate and was feasting on the remains of whatever meal had been left there overnight. At least I have the sanitizer ready. And some salt.