The Fabulous Life of Pandora: Episode 8

Pandora Huntingdon-Smythe in Columns on 7 February, 2011. 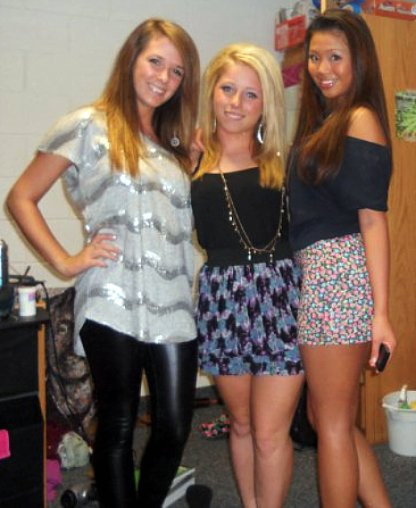 In my last column I made a vow to sort out my life, and it gives me great pleasure to announce that I have been making a good deal of progress in my New Year’s quest for happiness and fulfilment. I have, for instance, stopped buying crisps, biscuits and chocolate each week, and have cut down on my daily (!) wine intake. So far, I have been pretty successful in my new regime. I have not yet had the time to go and obtain my swimming membership, and so have been unable to fulfil my weekly quota of exercise. This, however, is nothing more than a minor, temporary setback, and I do plan on trekking down to Freeman’s Quay in order to save myself from heart disease, morbid obesity and an ugly, premature death at some unspecified point in the near future. So really, that doesn’t even count as a setback. Go me.

My major stumbling block, alas, has proven to be my pledge to do all in my power to find myself a nice, sensible man not completely adverse to relationships, emotions and – gasp! – Commitment. With a capital “C”, no less. Yes, I have managed thus far to steer clear of temptation, even when my suppressed hormones and more earthly desires have been doing their utmost to persuade me to do otherwise. Two weeks in, though, and I am still lacking the skills to attract the “right” sort of boy.

I decided last week that a new approach was just what I needed. I closely observed a friend of mine who is particularly successful in attracting all sorts of good – and not so good – looking boys when we went out last weekend to the DSU. This was successful in the sense that I finally understood what was wrong with me: my dress sense. I have never really been the sort of girl to stock up on items of club-friendly clothing, you see, as the skin-tight numbers often displayed in the windows of high street stores always caused me to break into a cold sweat whenever I saw them. I have never been tempted to purchase a sparkly belt (I mean miniskirt), team it with a pair of towering platform heels and stagger off into the nearest, sweaty hellhole (I mean Loveshack) clutching a bottle of vodka. I am most certainly not a prude – far from it, actually – but I must admit that I am much more inclined to go out clubbing in florals and flats than I am in anything more sequined and stilettoed.

After a whole year of Durham nightlife, I had never noticed what set me apart from the rest of my fellow partygoers and it finally had become all too clear. As I looked enviously at my friend elegantly pirouetting across the dance floor in a figure-hugging black, body con dress, I realised that my outfit was far more suited to a summer’s day frolicking in a meadow than a night of hardcore partying at my student union. I resolved, as I watched her leave at midnight with a GORGEOUS third year, to undergo a serious makeover.

Going against all my instincts, I found myself the next morning wrestling with a navy body-con skirt in the changing room of Topshop. This was a major step for me in terms of fashion, as I had always thought my figure was unsuited to this particularly unforgiving trend. I therefore dismissed body-con as being unnecessarily tight and unflattering. Oh, how I was wrong. It might have been the skirt, as lovely as it was, or it may have been the lighting, but as of that Sunday morning, I was a changed woman. The skirt was incredibly tight, but also amazing at flattening any undesirable lumps or bumps and for the first time in my life, I was actually proud of the way my bum looked. I had been converted, at long last, and I was ready to hit the town.

Always up for trying new things, I decided to test out the latest addition to my wardrobe that very same night. I can report that in terms of getting attention, both male and female, it was a complete and utter success. Everyone I spoke to seemed to notice my new look, and my friend looked longingly at the skirt that clung to my hips so snugly. I had certainly achieved what I had set out to do. The moment I waltzed into Klute, I felt as though I finally belonged. I entered into a sea of velvet, lycra, black, purple and red body con and felt comforted by the fact that I was no longer out of place in a dainty frock and ballet pumps.

The only issue, really, was the fact that besides a couple of compliments from jealous friends, the only other kind of attention I received that night was from that very same type of boy I complained about at length last time. The sort that find it appropriate to introduce themselves by grinding furiously and unexpectedly against one’s hip as one frantically attempts to flee the scene. I was horrified to learn that although I had succeeded in getting the attention of a pretty decent number of males, not one of these hormone-fuelled monstrosities were what I or any sane human being would call attractive. The body-con skirt proved to be a double-edged sword that got me noticed, but in completely the wrong sort of way. I went home alone – my friend had already left long before the DJ began to play “That’s Amore” with an unspeakably handsome, rugby-playing Adonis. How I loathe her.