The Fabulous Life of Pandora: Episode 7

Pandora Huntingdon-Smythe in Columns on 24 January, 2011. 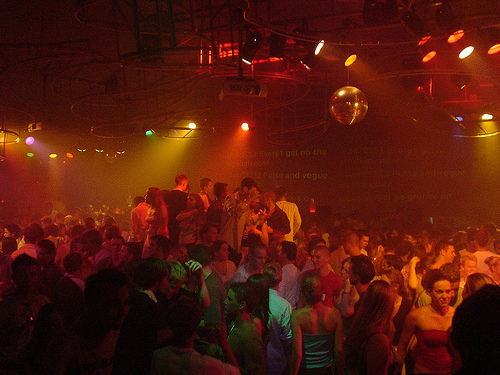 I am feeling quite smug this week, and not just because for once in my life I am on top of the vast piles of summative work being flung my way. Yes, it is a spectacular feat that I have written not one, but two whole essays over the Christmas vacation and have read not one, not two, but one hundred (slight exaggeration, but that is how it felt) articles and textbook chapters in preparation for the imminent rush of further deadlines. It is similarly magnificent that the house is in a state of pristine excellence due to the new rota and the amazing, brand new, massive beast of a heated towel rail that was installed in the bathroom by our ever-benevolent landlord last week. Housemates #1, 2, 3 and I can look forward to a snug few months of warm, fluffy towels of loveliness. Of course, he could have mended the washing machine that floods the floor at random and refitted the guttering that dramatically buckled under the weight of the spectacular snow of last term. One could fault him for having misplaced priorities, but my new-found satisfaction with life prevents me from doing so. After all, I do love a thoroughly heated towel.

All things aside, however, it is my new, positive outlook on life, love, and relationships of which I am most proud. Unless you spent you Christmas vacation holidaying in a cave in the deepest, darkest corners of Bayankhongor, Mongolia, then you must surely be aware that it has come to that time of year again. That brief time of misplaced optimism as one makes promises to oneself that will invariably end up broken in less than a fortnight. Promises of new diets, gym memberships, reduced alcohol units, lowered cigarette intake, and, most importantly of all, a set of raised standards when it comes to relations with the opposite sex.

I must admit that my standards were the first thing to be re-evaluated when it came to the drafting of New Year’s Resolutions, 2011. After a turbulent, long-term relationship with a boy I fondly remember as my high school sweetheart ended at the end of Freshers’ Week – long distance is hard! – I decided to make the best of my first year at university. Durham would, naturally, be a totally different experience boy-wise than secondary school, not least because these boys would never dream of introducing themselves to a girl by licking a finger, sticking it in her ear, and shouting “wet willy!”, listening to her horrified squeals with delight. (This incident happened at a friend’s birthday meal in Year 11. Three years of therapy later, and I still haven’t recovered from the trauma). Give it a week, and I would be sure to find a nice, sensible man with interests more diverse than a simple love of the gym. And Family Guy, although I have to admit, it is pretty awesome.

Of course, I had not quite taken into account the fact that when inebriated, people generally devolve into complete and utter sex-pests. Boys that transform in such a way are, in my unfortunate experience, particularly horrific. Since the very first night of my university career, I have been grabbed, pulled, pushed, groped, prodded; everything you can imagine, really, by this kind of lusty, hormone-driven teenage boy. Such assaults never took place in dark, hidden corners or alleys, but occurred instead on the wide, open dance floors of Durham treasures like Klute and Studio. Quickly, I had to master the art of self-defence in order to ensure a night out relatively unmolested.

My problem is not so much that I am a total prude / cold-blooded killjoy. Of course, years of Atwood and Weldon novels (yes, you’ve guessed correctly: total feminist) have taught me a thing or two about being a strong, independent woman not subject to the whims of the male sex. It is actually quite shocking that many of us girls are often expected to laugh off such predatory advances of bleary-eyed, spotty specimens across a packed club. Indeed, it has become pretty routine here at university to have to escape a so-called “rapist” once it gets past midnight, when those without victims desperately go about trying to score before closing time. One expects these things to happen on a regular basis. My housemates and I share “horror stories” the morning after and laugh at the lengths to which some will go to avoid returning home alone.

As entertaining/ horrific as it is, such desperation simply does not help me in my quest to find Mr. Nice-And-Sensible. Considering my attempts to deny my suitability for a Proper Relationship in the past, it is hard for me to admit – albeit from behind the comforting cloak of anonymity – that I have so re-assessed my antipathy towards Commitment. Beneath the mantle of the pseudonym, then, I will declare loud and proud that I, Pandora, have made the finding of a decent human male Resolution #1.

As ever, though, it will soon become clear why such resolutions are made to be broken. When under the influence, I too become prepared to drastically lower my standards. Indeed, I was recently propositioned and asked to enter into a kind of loose agreement known as a Casual Relationship. Give it a week and a Quaddie and I know, deep down, that my standards will slip and I will regress back to a state of commitment-phobia and casual relationshipdom. Here’s to another New Year.