The Fabulous Life of Pandora: Episode 14

Pandora Huntingdon-Smythe in Columns on 20 June, 2011. 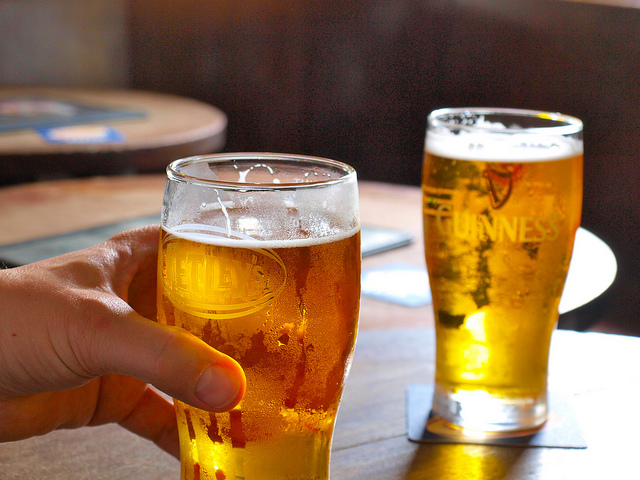 I had, during the deluge of last-minute assignments and exams of the summer term, almost completely forgotten just how fun the last few weeks of the academic year really are. It is as if we students, once released from the shackles of summative work, become totally carefree beings, uninhibited by the spectre of demanding professors and tutors.

Of course, I had promised myself that I would knuckle down to some intense preparatory reading for my modules next year. I had decided on my dissertation topic, and excitedly set about doing some initial research. I ambitiously bought a pile of new textbooks from Amazon at two in the morning after a night out in Durham (a sad fact, I know, but unfortunately true), and set them by my bedside table in a hasty attempt to encourage myself to actually do something of value in my vast expanse of free time. I realise, being an arts student, that my free time is pretty considerable during term time anyway, but now I have officially been let loose upon the town of Durham, my days seem to stretch out into endless uninterrupted hours of nothingness.

Such an effort to instil a kind of work ethic was vain indeed. I intended to read a copious number of books, but unfortunately found the lure of Durham’s finest nightclubs far too tempting. Spending somewhere in the region of twenty pounds (a feat I once considered impossible to achieve in our humble city where trebles cost £2) on a regular basis during a night out, I have begun to find that my mornings have been totally consumed by sleep and recovery, whilst my afternoons and evenings are spent eating, getting dressed up and going out once again to sample the wonders of Klute, Studio and Loveshack.

So far, my partying ways have led me to number of pretty strange places. As my previous columns will illustrate, I have long steered clear of traditional club wear, preferring flowing, floral prints to glittery bodycon skirts and dresses. It was disconcerting to say the least, therefore, when I found myself being solicited outside Subway by an obscenely drunk individual, who was so eager to enjoy my company that he was prepared to offer me the princely sum of £40 for my efforts (I realise that the recent Slut Walk phenomenon has rightly raised the point that a woman ought not to be judged on the basis of her clothing alone, but I was dressed in a knee-length skirt and flats when this offer of illicit activity came about! This was an outfit that a librarian might legitimately choose to wear, rather than an extra on the set of Pretty Woman).

Needless to say, the luckless boy in question found himself subjected instead to a twenty-minute angry lecture teaching him the proper ways of addressing members of the opposite sex. I was incensed at this indecent proposal, but also a little insulted at his meagre offer.

Perhaps more humiliating, however, were the events of Thursday, when an impromptu pub crawl (my friends and I have a penchant for cheap ale) resulted in my housemate and I attempting to rap in front of a large baying crowd of intoxicated locals at Market Tavern. My vocal efforts have often been very poorly received in the past. As a child, I eagerly applied to join the choir at junior school, but was always conspicuously relegated to choral rather than solo duties. Undeterred, I continued to labour under the impression that mine was the voice of an angel, until I suffered total mortification at the hands of a bemused parent during a marathon session of Rock Band. I was finally given the chance to swap my bass guitar for the microphone, but was cut short during my first – and last – song by my best friend’s parent, who interrupted our game to ask us why on earth we were strangling their cat. Needless to say, I have steered clear of live, solo performances ever since.

Considering the general consensus that I do not, in fact, possess any hint of vocal talent or ability, I am truly surprised at how I was not bottled off the stage with the same anger that greeted emo heartthrob Brendan Urie at Reading in 2006 (this occurred whilst I was at the height of my “alternative” phase, and being a self-proclaimed hard core “grunger”, I was totally in support of this act of mass abuse). After several hundred pints, however, it became easy to persuade me to partake in these humiliating festivities. I can only hope that my particularly awful rendition of Sir Mix-a-Lot’s classic “Baby Got Back”, complete with an amusing array of violent dance moves, will never surface on my Facebook newsfeed. Or my mother’s.