The Fabulous Life of Pandora: Episode 12

Pandora Huntingdon-Smythe in Columns on 9 May, 2011. 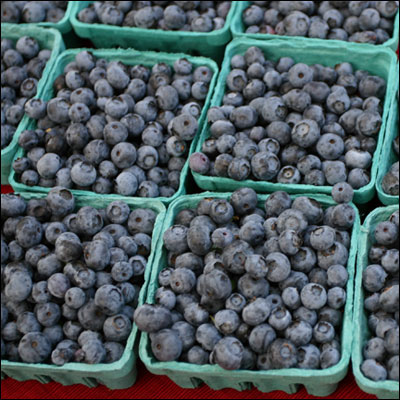 Time to stock up on brain food…

I would love to regale you this week with a host of humorous stories involving spectacular, explosive hedonism and sun-soaked fun, but alas, it is that time of year once more: May. Which, to the second and third year university student, can only mean one thing: exams. Which, I hasten to add, actually count towards our final degrees this time round (yes, I’m talking to you, fresher, oh how I despise you…).

Of course, I planned to get through an immense pile of reading during the Easter break. But once again, the best laid plans of mice and men get torn up and chucked straight out of the window when one becomes tempted by the possibility of a day at the glorious establishment better known as The Pub. My local pub, which daily attracts a rather insalubrious mixture of grotty old gentlemen and unspeakably underage youths with whom I most likely went to school, turned out to be the perfect antidote to any stress I may have felt regarding my revision.

Some work did get done, yes. I am not so irresponsible and apathetic about my future career that I failed to read at least one Wikipedia page detailing the historical events with which I must familiarise myself before my examinations begin – gulp – next week. I managed to glean enough information from online encyclopaedias (also known by arts students the world over as The Oracle) to build a skeletal collection of revision notes, so I wasn’t a total failure. The pile of in-depth reading remained, however, conspicuously neglected at the bottom of my suitcase in a dark, forgotten corner of my bedroom.

I swore to myself, after a considerable number of pints, that this would all change once I returned to university. With my remaining funds (which were few, considering the extortionate prices of drinks in London), I invested in brightly coloured post-it notes, paper, ink cartridges and a mountain of felt tip pens. There are people in this world who feel excited to the point of arousal at the prospect of unused stationery and clean paper, and I am proud to say that I am emphatically not one of those people. Even I, however, felt my mood lifted slightly as I staggered from Paperchase beneath the colossal weight of virgin writing materials.

Two weeks of colouring in later, and I finally realised where I was going wrong. I happened to stumble, during a major online procrastination session, upon an article that claimed to hold the secrets to exam glory and eternal success. I must mention here that this was not one of those dodgy websites which claim to be able to complete your essays/ exams/ general life for you, but one that detailed the Top Ten Brain Foods for Students. Intrigued, I investigated further, and it seems as though what I was really lacking in my disjointed quest for exam salvation was oily fish, pumpkin seeds, tomatoes and blueberries.

Armed with my new-found knowledge, I marched straight to Tesco with the printed article tightly clutched in my hand. It just so happens that supermarkets across the country, with their sinister, in-depth knowledge of consumer psychology, tend to pre-empt the annual outpouring of students and concerned parents who clear their shelves of anything deemed by a nutritionist/ magazine/ random website to be remotely conducive to increased alertness and brainpower. It was hardly surprising, then, that practically everything on my List of Destiny, including tinned tuna, salmon, spinach, broccoli and a vast range of so-called “superfruits”, had been placed on offer. It was perhaps more surprising, though, that each and every promotional item had been completely cleared out by a plundering army of desperate individuals, guided by the vain hope of securing a decent set of grades for themselves or their offspring well before noon. It seems as though I am by no means alone in my desire to offset my disastrous attempts at productive study with a dramatic change in diet just before exam season officially begins.

At this final stage I am left with two choices: intense, all-day and all-night revision in some dimly lit, cold corner of the library, or retail therapy. Hello, overdraft!