The Fabulous Life of Pandora: Episode 11

Pandora Huntingdon-Smythe in Columns on 25 April, 2011. 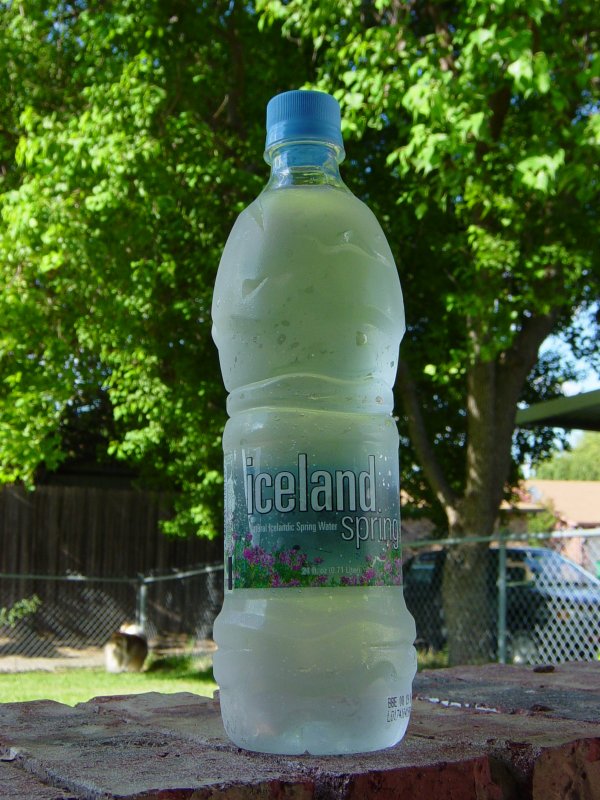 “Cool” is hard to define, as our uninspired choice of picture demonstrates…

I have recently had a truly revelatory, life-changing experience that has shaken me to my very core. It has been so hugely monumental, that I have found myself questioning my innermost, fundamental beliefs about the world. Last week, I was out and about in London with a new crowd of people I met through a mutual friend, and was actually referred to by one of them as “cool”. This was a totally unprecedented event, and my friend did look perplexed at this apparently random offering of praise. He evidently did not agree.

Now, I don’t presume to be an expert on the subject of cool, but I have always seen myself as having a rather low-key, modest, understated kind of credibility that has allowed me to breeze unobtrusively through life without incurring harsh judgement or abuse from those undeniably more suave than myself. The discreet kind of cool, that sets one apart from the terribly, unspeakably lame whilst not drawing too much attention to oneself. I always hoped, at least, that this was my category.

There were a few years where I think I might have been described as a bit (!) uncool. At least, I did not immediately appear compatible with the regular mould. I may have deliberately fashioned for myself the kind of pseudonym suited to the more stereotypically blond, athletic, pony-obsessed type for whom our local Jack Wills store serves as natural habitat, but the reality is that I went to the kind of school where anyone remotely interested in anything other than obscenely underage sexual relations and tangerine-tinted foundation was automatically looked upon with revulsion, mistrust and scorn. From my very first day at the tender age of eleven, it was undeniably clear that it would take a good deal for me to assimilate into this sea of impossibly orange young females decked out with false nails, false lashes and straightened hair. They carried tiny handbags on their stylish, streaky arms that matched the scale of their short, rolled up skirts, whilst I scurried past in a kilt far too long for my puny legs, and a rucksack my mother had bought for me from Millets the week before term. It was sensible, and big enough for me to fit inside my folders, textbooks and all other secret indications of nerdiness. It was as large as my torso, and I looked the opposite of “cool”, whatever that may be.

I continued to exist in this vein for the next few years of my secondary school career, befriending an assortment of similar misfits along the way. We kept to ourselves on the front rows of our form room, ignoring the loud shrieks and screeches emulating from the rear of the classroom whilst quietly finishing our homework. I was, in year eleven, dismissed by a particularly large, tangoed specimen as a “geek”, due to my desire to actually acquire a decent set of GCSEs. On the whole, however, I feel that I actually managed to get by with relative ease, and I was certainly never bullied.

One of my school friends had morphed over the course of the past five years from a painfully shy, pale and skinny creature with mouse-brown hair into a loud, outspoken being with short, bright red hair backcombed to perfection. She wore wristbands on her arms and played guitar on the grass at lunchtime. She became obsessed with Green Day, and vowed to marry their lead singer as she strummed the chords to their latest smash hit. I had always seen her as the cooler, more outgoing species of “nerd”, and had aspired to behave more like her. That is, until I realised that she had endured years of torment and ridicule at the hands of a sharp-tongued group of teenage girls. I believe she was at one point crammed rather rudely – although it is a rather comic image in retrospect – inside a locker.

Sixth form was, perhaps, my social awakening. I cast off the kilt and baggy jumpers of my angsty youth, and discovered the wonders of makeup (mine matched my skin tone, of course, as I was not quite cool enough to embrace the wonders of the nectarine hue). I even found a way to smooth down the uncontrollable fuzz that was my hair, and purchased clothing that was not black, studded, or lace (I went through a “goffick” phase. It took a while to give up the leather, buckled dog collar, much to my mother’s dismay). Indeed, I had become almost normal, in the sense that I finally began to attend parties and converse with members of the opposite sex. The rest, as they say, is history. I now consider myself to be a fully-fledged member of society, willing and able to interact with the general population under the guise of normality.

It was therefore a moment of pure triumph to discover that someone actually thought I might have some kind of real, genuine credibility. Perhaps it is true; perhaps I really have made it into the inner circle reserved for the socially successful. The recent revelation of another friend, however, casts a different light on this notion. This beloved acquaintance had always considered himself the epitome of all things “trendy” (yes, I realise that the use of this word automatically has the opposite effect, but my thesaurus wasn’t being particularly forthcoming with an alternative to “cool”). He spent many months cruising along the manure-smeared country lanes of Sevenoaks, blasting Eurotrash and Miley Cyrus from his speakers in a self-consciously ironic manner, before ultimately realising that he was not in fact “G” at all.

His refreshing honesty regarding his previous self-delusions suggests that maybe I shouldn’t be so secure in the “knowledge” of my new-found coolness. After all, it was a dark club, and the boy in question was on his seventh pint of Bacardi. He may have thought I was someone else.