The Delicate World of Japanese Food 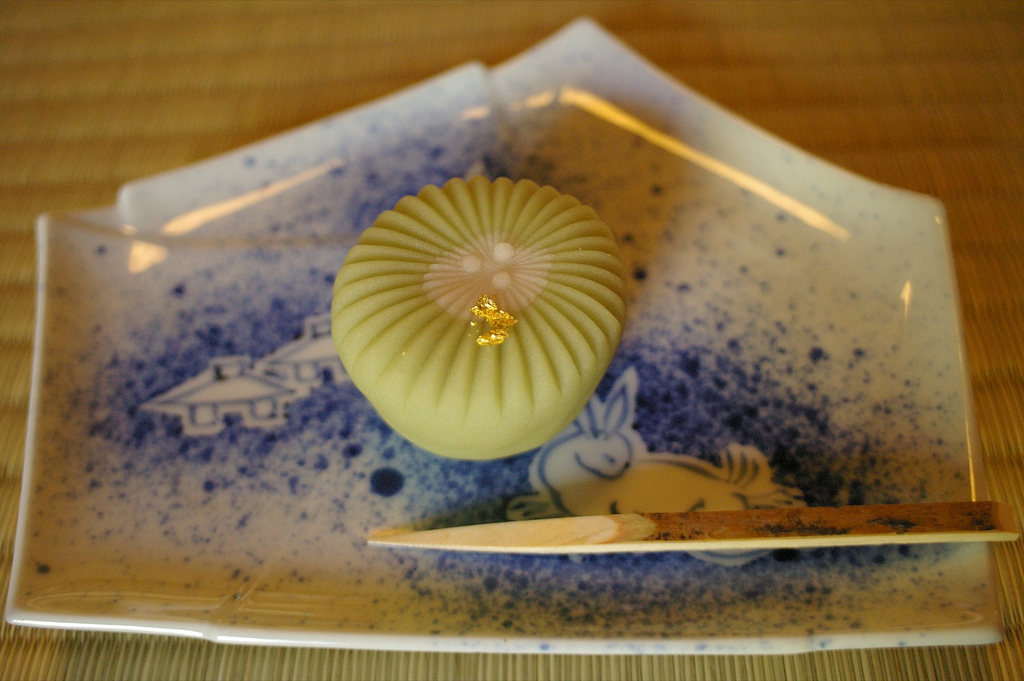 Wagashi: an edible work of art

When people think of Japanese food in Britain, they think of Wagamama with its oily noodles, badly made sushi, and deep fried fast food. This depiction cannot be further apart to Japan’s food tradition. In my mind, Japanese food always possesses a spark of elegance and diligence, a heart-felt sincerity to their dishes from great to small, and the beauty of delicacy. Jiro Dreams of Sushi, a film produced in 2011 about Jiro Ono, the master of Michelin 3-star restaurant Sukiyabashi Jiro, exemplifies Japan’s dedication to good simple food. Stepping into the impeccably polished sushi bar with only ten seats, the art of Japanese food and their devotion to cooking comes to the mind full view.

In Sukiyabashi Jiro, everything is thought of in the most detailed way you can imagine. To serve egg sushi to customers, a seemingly easy dish, they must perfect their skill for months. As you would expect, they get stricter when it comes to the sashimi, beautiful raw fish that is truly is the soul of sushi. Only the son of Jiro is allowed to go to the fish market to choose fish, and that is only after Jiro is too old to do it himself. To fishmongers, the art of choosing fish is one passed down for generations. In choosing an exquisite fish for Sukiyabashi Jiro, fishmongers have to consider texture, colour, and even sound of the fish.

Interestingly, the fishmongers who have supplied fish to Sukiyabashi Jiro for centuries will only give their best fish to Jiro’s restaurant and nobody else’s – ingredients are, in themselves, a dedicated craft that need to be used by the most suitable people. In the film, a splendidly funny scene occurs when the rice supplier to Sukiyabashi Jiro jokes about five-star hotels who want him to sell his rice to them. The rice supplier, smiling, commented: ‘Even if I give them the rice, they won’t be able to use it properly!’ As Joël Robuchon aptly stated, ‘I wish I was as sensitive as he [Jiro Ono].’ Rice used to make sushi in Sukiyabashi Jiro are made in a complicated process where the rice has to be steamed with a very heavy metal object pressing the rice steamer.

However, Sukiyabashi Jiro is only one of the many restaurants and Japanese sweet shops that dedicate themselves to their art. Like many of Japan’s crafts, such as Ojiya Pongee and the making of Mino paper, the skill required to make delicious Japanese cuisine has been passed down from generation to generation, similar to the Roux family in England. Within this skill, there is a deep sense of respect towards their profession. Even in a local ramen shop, the hostess puts on make-up diligently every day without pause as a sign of respect to their customers. Also, every area in Japan has its own ramen specialty and there is an annual national ramen competition. Ramen Kureha, a famous ramen restaurant in Hong Kong Tai Hang, boasts its partnership with a ramen restaurant in Japan that won an award in 2010–2011 Japan’s National Ramen Competition.

From ramen to Japanese sweets, Japanese have an uncanny attention to detail in food. Traditional Japanese wagashi are handmade and shaped into things like beautiful flowers, leaves, peaches, and cute animals. Its stunning vibrant colours, creative design, and immaculate execution are wonderful virtuoso skills which sing happiness to one’s senses. Not only does the design of wagashi vary every season and represents each season’s natural beauty, the naming of wagashi is an art of its own and there’s a river of history and knowledge behind it. The name of the wagashi has to both be stylistically poetic and descriptive of the scene it represents. The name should also trigger the senses, opening up a world where all senses become alive. Minute detail extends from design to taste. The red bean used to make the paste in some wagashi’s interior is carefully selected and the sugar produced in two specific areas in Japan is preferred for its taste and texture.

Paint a luscious image in your mind of a summer day in Japan: sitting on the Japanese tatami, you are wearing a graceful kimono, then you slowly have a taste of a delicate sakura shaped wagashi when the pink sakura petals are flying all around you. After that, you gently drink a cup of Japanese tea. Accompanying Japan’s exquisite food, Japan has a renowned tradition of called chadō, which means the Way of Tea. Although it appears simple, it is a practice that requires years of training to be done well. Every movement of the hand, each posture, needs to be according to tradition and portray heart-felt sincerity to one’s guest. Students who want to understand the most advance art of chadō enters an iemoto, which is recognised as the family that founded a certain school traditional Japanese art. In an iemoto of chadō, female students are required to wear a kimono for every lesson. Only the most advanced students, in some occasions, are granted chamei, which is a ‘tea name’. Also, the elements of chadō are to do with the beauty of the harmony both with the world and your inner self. The idea of Zen is essential in chadō and it has always been said that the state of one’s mind is reflected by the taste of the tea produced.

Just as guests in chadō need to learn the correct code of behaviour before entering a ceremony, Japanese food requires a strong willingness to understand its tradition and beauty. It is the mutual respect between the practitioner and his/her guest that makes Japanese food truly wonderful. Bow, smile, and enjoy Japanese food with all your heart.