The Deeply Unsexy Business of Voting 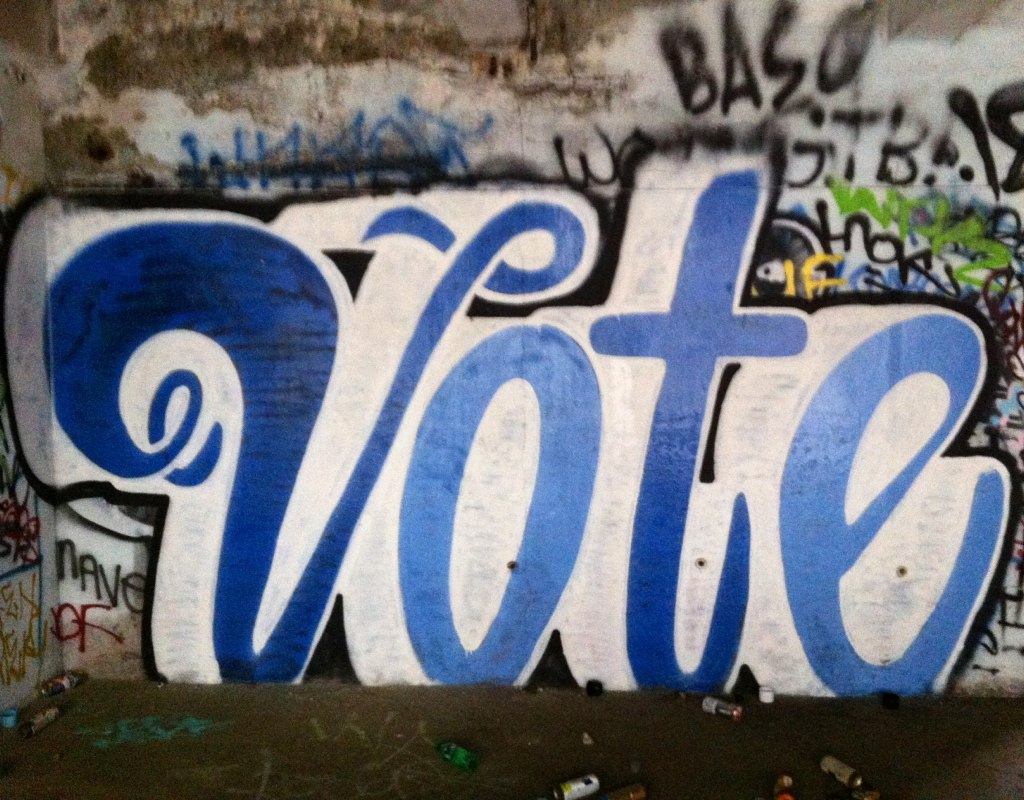 The general election taking place this year on 7th May is set to be a radically interesting one. No, seriously. For the first time in decades the outcome is very uncertain. Public confidence in politicians is in the gutter, no party has a hope of a majority in parliament and fringe parties have surged to centre stage. We’re about to see how the first game of modern politics is going to play out. If it wasn’t for how massively it’s going to affect all of our lives, I’d be getting some popcorn ready for the show.

What makes it even more interesting is the question of how the political energy of the last five years is going to manifest itself now. Big organised protests against austerity, the housing crisis, the increase in student fees, not to mention Occupy London, have been present throughout the current coalition’s term in government. Celebrities such as Russell Brand and, more recently, Michael Sheen have engaged large numbers of people (or, at least, the media) in political discussion. What that will turn into in terms of who is voted into power is anyone’s guess.

Because this is really the important moment. While it’s great that so many people have been engaged, motivated and organised enough to carry out large demonstrations, the amount of things they’ve actually achieved is less impressive. Owen Jones is certainly right to champion grassroots movements, but declaring that they won seems dangerously optimistic. One of the examples he gives is the strike by the workers of Brixton’s Ritzy cinema, who succeeded in getting paid the London living wage. That’s obviously great, but it’ll take a hell of a while to bring in change across the country at the rate of one institution a year.

Not to mention that, despite huge protests, the student fee rise went ahead anyway and Occupy London didn’t really achieve anything tangible. All this doesn’t mean that you shouldn’t protest, if anything it makes it more important that you do, but it does mean that any actual, meaningful change will be decided this May 7th more than any other date.

Here’s an example why. In the last few months, David Cameron has made a big deal about a fairly small policy promise: if he is kept in power he will abolish housing benefits for those aged 18–21. Economically, this doesn’t make a whole lot of sense. We’ll save £120 million, while adding to the £1 billion we spend on homelessness every year by taking away the chance for one of the most vulnerable parts of society to get on their feet and kicking them out onto the street. Why do it then? Because, as a headline, it appeals to the very popular sentiment of young people as work shy benefit scroungers who need to be dealt with. The kind of people who are likely to hold this sentiment are also very likely to vote.

Let’s leave aside for now the implications of a deeply cynical move that happily throws those with nowhere to turn on the bonfire just to secure power. The position this puts young people in is as the punching bag of the electorate. We can be blamed, punished, ignored, given a greater share of the burden, all because other parts of the electorate are much more valuable than us. It might not have affected you directly in a significant way yet, but rest assured, it will.

And yet, voting is a very unexciting thing. It can even be uncomfortable if there’s no one candidate you’d like to see elected, especially if you don’t want to feel responsible for helping one of them into power.

This is one of the reasons Russell Brand’s stance has stuck such a chord. If you can’t wholly get behind someone, why vote at all. But his proposal of not voting until there is such a person is deeply destructive. It doesn’t stop those you don’t like getting into power and it makes you even less of a concern to government. If you don’t vote for them, they don’t have to vote for you.

Protesting feels great because you don’t have to compromise. You get to act on your beliefs and represent them wholeheartedly. But if you care about making actual change happen, even if it’s slow and doesn’t go as far as it should, you need to vote as well.

And if you still don’t think it will make a difference, consider this: if there is a big turnout of young voters in May it will decide as many as a third of all UK parliament seats.

So vote, whoever you vote for, and if your not registered, register now. It’ll be five years before you get the chance again.