The Cult of the Football Manager 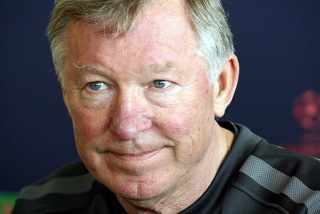 Ask most neutrals who the better manager is between Kenny Dalglish and Alan Pardew and you’ll likely find a majority favouring the former, such is the prestige of the King Kenny name. Pardew, however, has guided a distinctly average Newcastle squad into the top four so far this season – ahead of Dalglish’s Liverpool, who are brimming with overseas investment. Likewise, Jose Mourinho has a sizeable army of followers, especially in England, who truly believe his own mantra that he is the ‘Special One’. On the other hand, there aren’t many English football fans who could name the manager of Levante, the team who beat Mourinho’s Madrid earlier this season and who currently sit in third place in La Liga.

Such is the curiosity of modern football: the cult of the football manager. Undoubtedly Dalglish and Mourinho are very good managers; they’ve both won many trophies and built excellent sides, so it may be unsurprising that both the public and the media are often focused and sometimes obsessed with their progress. But there are worrying repercussions to this media-led fixation on certain managers, amongst whom we can also name Alex Ferguson, Arsene Wenger and Fabio Capello, to suggest but a few.

The first thing to note is that focus often switches between club and manager, to the extent that the distinct entities become blurred and even sometimes amalgamated. Read any news article on Real Madrid and it’s virtually inevitable that Mourinho’s name will be produced somewhere, as if the team is a cluster of robots with the manager’s entire football philosophy ingrained into their very consciousness, rather than individual players with unique skills. This blurred focus is manipulated by the media (and by managers themselves if they are savvy enough) to create the impression that it is not the team that wins or loses, but the omnipotent overlord himself, the manager.

This can work in one of two ways, in the same way that the cult can be either a positive or negative experience for the manager himself. In the case of Fabio Capello, his reputation has been firmly decided by the English media and subsequently, the majority of the English public. He is a ‘Bad Manager’, a title never explicitly endowed upon him but one that permeates most conversation surrounding the Italian, to the extent where it is often assumed in any given debate. When England play badly, it is Capello’s fault for not motivating the players, or making the wrong changes, or utilising bad tactics. On the rare occasions that the national team plays well, the incredulous surprise that results often leaves all thought of the manager forgotten – after all, it was the players on the pitch that won the game, not the manager.

Contrast this with Alex Ferguson. Hugely respected from all quarters, even the most die-hard Liverpool/Manchester City fan would grudgingly admit that, on some level, he’s a rather good boss. He has undoubtedly received criticism in the past at various points, but as a whole any conversation involving him has an air of taboo – whatever criticism one has of Ferguson, it is always implicitly recognized that he is and always will be a ‘Good Manager’, even if he was to somehow allow Manchester United to be relegated under his helm. Of course, this would almost certainly never happen, but even in such an extreme hypothetical case, it’s not hard to imagine how little people’s opinions of him would change (though it would please a few Liverpool and City fans).

There is a counterargument in all of this, and a rather obvious one at that – these ‘Good Managers’ have earned their cult status through their brilliant successes. Simply put, Ferguson has led United to their most dominant period in their history, whilst Capello has failed to make the most of the talent in his England squad. It follows therefore that we should all celebrate Ferguson as a wonderful manager, and dismiss Capello as pretty useless. This is to miss the point though; the cult of the manager often has more to do with charisma than results. All celebrated managers have had at least some success in their careers, but this is not directly linked to the level of obsession the media and the public has with them; it is easy to forget that Capello was once one of Europe’s most respected managers, having won a league title with each of AC Milan, Real Madrid, Roma and Juventus respectively.

So the manager cult is derived from a combination of our fixation as a society on charisma, and our collective fickleness. The cult takes no account of respect, which is a different trait entirely, although there is some overlap between respected managers and worshipped managers. As an example, many people have huge respect for Pep Guardiola, who has worked wonders at Barcelona, creating a hugely successful team with a beautiful style of football. He is still not yet on the same pedestal as Mourinho at Madrid, or Ferguson at United though, because he is not as controversial, as outrageous, or merely as interesting as the latter two. Guardiola gets on with his job without worrying too much about his image, the same of which cannot be assertively said of many other managers.

All this means that some clubs have lost their identity and become synonymous with their manager, rather than simply being a club with a rich and unique heritage, currently managed by someone or other. We should remember that England is a national team full of talented individuals, rather than a group of Fabio Capello’s puppets, whom he orchestrates in any way he chooses. Liverpool fans should not forget that their heroic manager who led them to victory over Everton a few weeks ago is the same Kenny Dalglish who allowed Liverpool to thrashed by Tottenham in September.

We should regain some perspective in modern football; be realistic about our expectations of our managers and players and not let the manager cult distort our views of certain teams and matches. Let us re-learn the ability to respect our football managers – praise them in good times and criticise them in bad times – rather than blindly dismiss or worship them out of hand.