The Case That Refuses To Close – Again 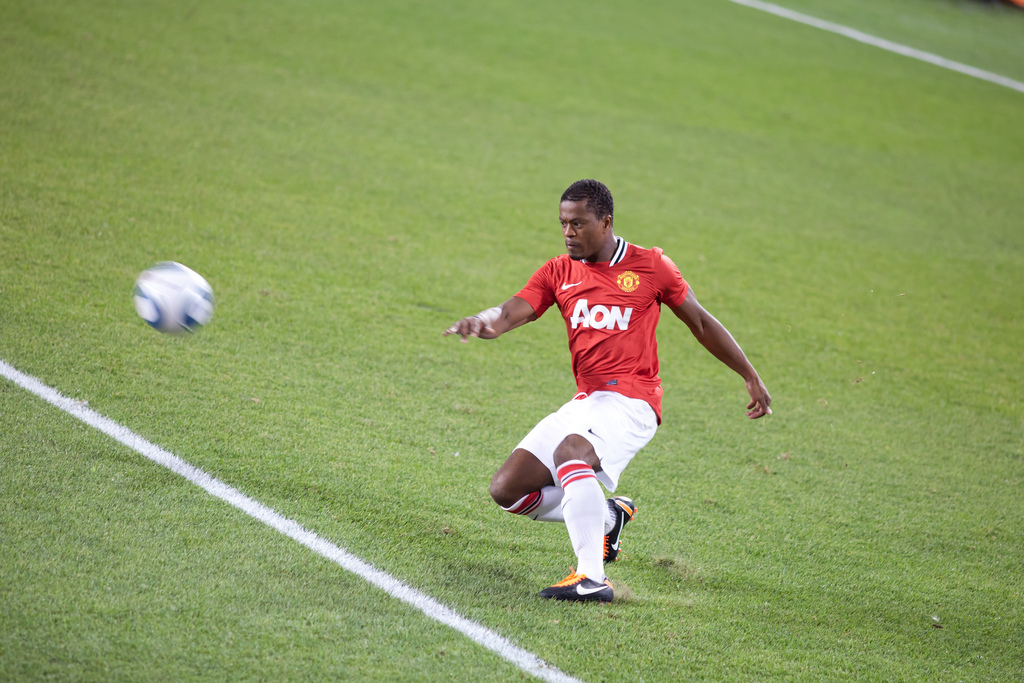 The feud between Suarez and Evra continues.

When an independent FA commission found Luis Suarez guilty of racial abuse against Patrice Evra and banned him for eight matches, it seemed the messy, protracted, chapter had finally come to an end. Saturday’s match between Manchester United and Liverpool at Old Trafford should have been important for both sides: United seeking revenge for their early FA Cup exit at Anfield only weeks ago; and Liverpool in desperate need of points to stand any chance of a top six finish.

Instead, all the pre-match hype was concentrated on one issue: Evra vs. Suarez. Would they both play? Would they be amiable to one another? Would Evra target Suarez, or vice versa? There was little concern for the game itself, only the fact that this fixture would be the first meeting of these two individuals since the reported incident back in October last year.

And so it was that the players played directly into the media hysteria. Suarez’s refusal to shake Evra’s hand before the match was not simply childish but ludicrous. If anyone had the right not to approach the other, it would surely have been Evra, the man that an independent commission found to be the victim of abuse, not the abuser himself. Yet Suarez, refusing to let bygones be bygones, acting as he did, gave the media exactly what it wanted and diverted all serious attention away from the spectacle of an exciting league encounter and converted it into a focus on two players.

For the following 90 minutes the cameras followed both players, capturing their every movement and body language, searching for any sign of tension or conflict. There were big challenges, immaturity and an atmosphere that degenerated from unsportsmanlike to tense to farcical. The whole episode was simply unnecessary – a farce that should never have been allowed to take place.

The game ended 2–1 in United’s favour, but the pundits had no time to mention either side’s efforts. Even Suarez’s goal for the Reds was almost forgotten in all the post-match analysis regarding ‘the handshake that never was’ and Evra’s victory celebrations. Debate spread across the country as the whole debacle resurfaced, almost more potently than ever before.

So it was that a case that should have been closed (for good) months ago continues to dominate sporting headlines and pub conversations. The players themselves are not responsible for the actions of the media, who have undeniably played a huge role in bringing this incident to the forefront of the national consciousness, and sustaining it for such a long time. But Suarez could have shaken Evra’s hand; Evra could have refrained from celebrating in front of Suarez after the game; and this whole spectacle could be placed in the past where it belongs.

Neither occurrence would have prevented post-match analysis of the pair, but it would not have inflamed it and ensured that the weekend’s Match of the Day was not devoted to absurd over-analysis of what is essentially, a senseless conflict. The Uruguayan striker may maintain his innocence but he’s losing whatever friends he had left outside of Liverpool’s hardcore fan base because of his continually rash behaviour.

There is of course a case, which may suggest, that the fact this column is being written about the conflict only perpetuates the media hype and prolongs the issue. But the fact people are talking about it more than the result means it has to be reflected upon in the media, albeit preferably not in the sensationalist way of the tabloids.

Suarez, and to a lesser extent Evra, have exacerbated a situation which they could have helped to resolve. The longer the case continues to dominate headlines, the less attention is paid to matches themselves. Football is not – and should not be – about personalities. Fans want to watch competitive games, to be entertained, and for their team to win. They don’t want to be reminded that two players are hogging the media spotlight over a futile spat.

The issue of racism in football is far from futile, but the level to which the Suarez-Evra case has descended is far from intellectual discussion of a serious subject. We can devote time and column space to mature debate of the issue of race without prolonging this farce.

Manchester United deservedly took three points from one of their biggest rivals on Saturday, with a stellar performance from Wayne Rooney among the main talking points. This is the story that should have been on the back pages on Sunday and Monday. Instead, we were treated to a media storm reinvigorated by the two players at its centre. The measures taken since Saturday, such as Suarez and Dalglish’s apologies, show that this tale may have an end in sight, after all. Here’s hoping that the case will finally be closed by the time these teams next meet.