Thank goodness for Mario: Why We Need Controversy in Football 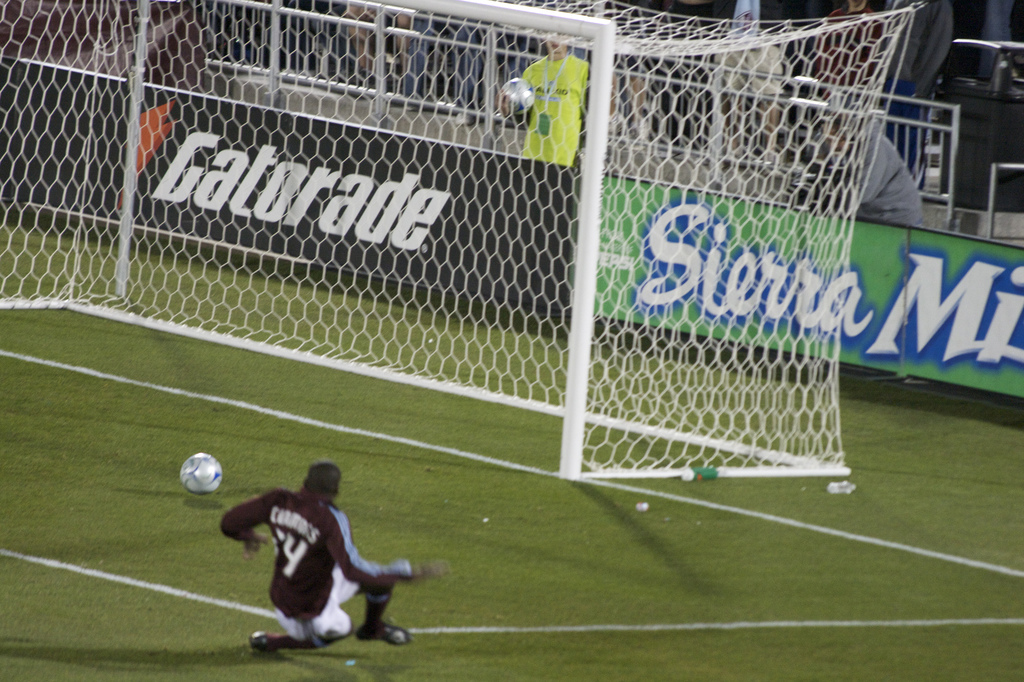 To a lot of people, Manchester City’s Mario Balotelli is a troublemaker, an idiot, an over-exuberant punk, a nuisance; the adjectives just roll off the tongue. The media brands him as an empty-headed flashy rebel, and when you hear about his unusual exploits and his (rumoured) Mafia connections, you can’t be blamed for thinking the star striker is a bit of a rascal. Indeed, there’s no argument; he’s a hell of a character, probably Italy’s most mischievous son, second only to old Silvio Berlusconi, of course. But, what I personally don’t get is, how can people think that’s a bad thing?

How many personalities can you think of like that in English football? No seriously, go on, I’ll give you 20 seconds to name three (but not Balotelli – obviously)… How many did you get? I got one: Joey Barton. I honestly can’t think of another single English footballer that goes against the national grain of producing the predictable, ‘We can take a lot of positives from the game…’, ‘I think the lads did well today…’ and ‘We’re just concentrating on our next match…’, answers other than Balotelli and Barton. You can watch a post-match interview with a player and be able to predict word-for-word what they’re going to say, as if they’re reading from the same script over and over again. Granted, a lot of the time, the interviewer doesn’t give much scope for interesting replies; the questions are about as predictable as the lines of a John Wayne film. But nevertheless, that brief, minute-long backroom appearance is pretty much the only time most footballers require a bit of personality, the rest of the time they avoid anything that will put their names in the tatty ‘celeb’ columns (I know what you’re thinking: JOHN TERRY! But when you disregard his sexual conquests and current public predicament, he more or less fits the same flat cardboard cut-out that the rest do).

But why is the beautiful game so stale? Why do we have such monotonous banality off the pitch? Of course, a player has his moments; Steven Gerrard beating up a DJ, Titus Bramble sexually assaulting someone, and there have been a few other singular incidents like this occurring throughout the grand shiny obelisk of The World Of Footballers, but such occurrences tend to be fuelled by alcohol rather than personality. But when it comes to Joey Barton (for those of you who have no interest in football: he’s that ranting bloke you’re following on Twitter who copies & pastes philosophical sayings from BrainyQuote), who has turned from violent thug to learned wise man overnight, the things that come out of his mouth/fingertips are a force to be reckoned with. Using social networking sights, local radio stations and The Big Issue, the QPR midfielder seems to have taken it upon himself to constantly spread dissension and anger through the ranks of Newcastle fans.

Yes, a lot of people hate the man, a lot of people burst with fake outrage every time his moustached face appears on their television screens, a lot of people think he’s nothing more than a common Scouse delinquent trying to pass himself off as clever by rewording the theories of Nietzsche and Plato – but isn’t that just what we need? Barton is controversial to say the least, he divides opinions up and down the country. But people don’t simply accept him as ‘just another footballer’ since he has a character that can light a fire under the most uninterested I-hate-football representative. Isn’t it great?

The timid landscape of a footballer’s persona really dampens the brilliant displays and sheer excitement we see on the pitch. How boring would the back-pages be if we didn’t have Mario dressing up as St. Nick and handing out wads of cash to random passers-by? Or if we couldn’t read about old Joey’s latest scathing assault on Mike Ashley and the hierarchy at St. James’ – sorry, the Sports Direct Arena? If you ask me, such colourful displays are evidence that footballers do indeed possess identities, which is certainly not something to be derided and condemned by the public courtesy of some shallow tabloid reporting. So what if Balotelli chooses to hold a firework display in his bathroom? Or if Barton takes the piss out of the other team’s fans with hand gestures? It’s something we should embrace.

Of course, there is an argument against this one. Some people have said that Balotelli’s gifted ability is outshone by his unconventional approach to his personal life. That may be true, but then are we saying that a professional must be void of any individuality, in order for us to appreciate their talent? Perhaps I’m one of the few that think a person can accommodate skill and character at the same time. But this isn’t just an issue in sport – it happens everywhere. Anyone in the public eye, from any sector and from any walk of life, who once in a while takes things to extremes, are pounced on by the press like rabid cougars. Jeremy Clarkson is a perfect example; every time he opens his mouth and says something that veers from the thin, straight line of ‘public-figure-talk’ (e.g. words like ‘amazing’ used in abundance and obsessive sycophancy), we are all ‘offended’ and indignant until we get a comprehensive apology from Clarkson, The One Show presenters, every member of staff in the BBC and the news channel who reported such heinous news.

In the public’s appeal for dullness, we could totally eradicate the slight degree of vibrancy left in the sport. Hell, why stop there? Let’s castigate personality in general. Anyone, anywhere who shows some degree of eccentricity will be turned into a hate figure and publicly chastised until we are one conservative organic mass of buttoned-down soullessness. If you don’t want to become the said organic mass, then do us all a favour; don’t rebuke Mario and Joey, celebrate them as the last bastions of personality in a land of none.

Wishing you a bold and colourful 2012!