Taking care of your safety on a night out is just like locking your front door; it’s not victim-blaming to advise that you do so

It goes without saying that in an ideal world, crime and violence would be non-existent. The good denizens of such a utopia would only have need of a closable front door to keep the elements at bay, nobody’s life would ever be cut brutally short at the hands of another, and one would be able to leave one’s handbag or wallet unattended on a restaurant table during a trip to the washroom, secure in the knowledge that it would still be there, untouched by any other hand, upon one’s return. Burglar alarms and car immobilisers would be seen at best as quaint, at worst as evidence of unhealthy paranoia. And, of course, women would be able to go out of a Friday or Saturday night and drink themselves silly, safe in the certainty that the probability of anything unpleasant happening to them as a result was zero.

Sadly, however, we do not live in such a paradise of mutual trust and universal adherence to the law. Though it pains many to acknowledge it, crime does exist and has done since time immemorial. It is inconceivable that a civilisation could exist in real life, outside of the minds of utopian idealists, in which obedience to the law and basic morals was absolute and universal; there will always be those, often (but not exclusively) on the edges of civilisation, who see the law as there to be broken, if break it they must to attain personal gratification and material gains.

At this point, I could veer off-piste and turn this column into a treatise on why some people hold the law in such low esteem and treat it in such a cavalier fashion, on why the scourge of career criminals exists just about everywhere – but I’m not going to do that, because I’m not studying for a PhD in sociology and I haven’t got three years to devote to painstaking research of this knotty problem. Instead, I’m going to be asking why, when we all know that this problem exists, there is a trendy current of opinion that holds that the taking of sensible precautions to reduce the likelihood of one becoming a victim of crime oneself is silly and neurotic, and that because criminals are the only people on whose shoulders blame for crime can justly be laid, no need at all exists for decent, law-abiding citizens to take such precautions.

Those who espouse the viewpoint I’ve just outlined have a very annoying habit of attempting to shut down any sort of reasoned discussion on this front, by demonising all those who are not in the same camp as “victim-blamers”. Nowhere does this tendency rear its ugly head more often, and more viciously, than in cases of rape and sexual assault. Take the reaction last weekend to the perfectly sensible remarks of Judge Lindsey Kushner QC; in the process of sentencing a man to six years in prison for raping an 18-year-old girl, she commented that women are more vulnerable to being attacked by predatory men when they are severely intoxicated. Cue, regrettably but not the slightest bit surprisingly, a howling torrent of criticism from the likes of Vera Baird, the ex-Labour MP and Northumbria police and crime commissioner, and the women who blog about the subject and run charities like Rape Crisis, all united in declaring Judge Kushner’s remarks to be evidence of victim-blaming, when in fact they were nothing of the sort; what she said, in fact, was nothing more than sound common sense along lines that anyone who has ever sat through a school PSHE lesson on personal safety would recognise – namely, how can you watch your back, if you’re off your head? It is, of course, perfectly true that responsibility for rape always rests with the rapist, but to claim that it is therefore wrong to advise women to keep an eye on how much they drink of a night out is just as ludicrous as it would be to claim that because the only person who can be culpable of a burglary is the burglar himself, we shouldn’t bother to ensure that our windows and doors are locked at night, or when we’re away from the house.

Part of the problem that particularly seems to bedevil cases of rape and sexual assault, as opposed to other types of crime, is that emotions seem to play a much greater role in influencing people’s thinking, to the extent that they can completely displace some people’s capacity to think rationally. One woman who blogs on rape issues (a former rape victim herself, whose opinion is understandably more likely to be influenced by her experience) claimed that Judge Kushner’s advice that women take care to avoid getting excessively drunk betrayed a selfish viewpoint, on the grounds that “looking after yourself isn’t going to stop a rapist from raping, even if it keeps you safe for a night”. But in all honesty, how many nightlife-enjoying women are of the opinion that it would be selfish to take sensible precautions to minimise their own vulnerability, on the grounds that by doing so they would leave other women at greater risk of being attacked? You can bet your bottom quid that the answer will be none; no female pub-or-nightclub-goer ever said that they bore responsibility for the safety of all the other complete strangers in the establishment who happen to be women.

The other flaw in this line of reasoning is that it fails to recognise that the sort of predatory men Judge Kushner had in mind when she made those remarks – the sort of which the defendant she happened to be sentencing was a prime example – will, as a general rule, take the path of least resistance when it comes to selecting a potential victim, who will all too often be somebody who is too intoxicated to be able to resist, raise the alarm or even comprehend what’s going on. If, on the other hand, every woman in the pub or club was compos mentis enough to be able, even if not to physically resist an attacker, to alert the bouncers or other patrons, and to recognise the peril of leaving alone with a stranger, it is extremely unlikely that the rapist would be able to successfully strike. A great many instances of rape and sexual assault could doubtless be prevented if more women followed Judge Kushner’s advice – emphatically not because they would be doing something wrong otherwise, but just because adhering to it would afford potential rapists far fewer, if any, chances to attack. To posit that women have no responsibility at all for their own safety is dangerously naive, as it ignores the opportunistic way in which such predators operate; if they are starved of opportunity, they will not be able to strike. 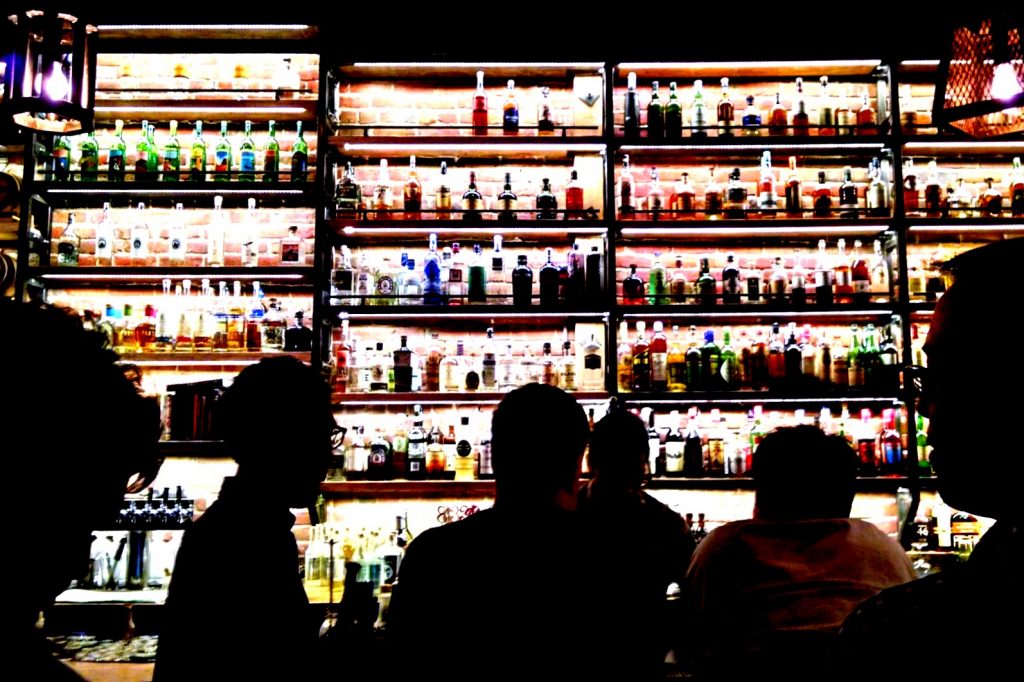 ‘How can you watch your back if you’re off your head?’