Sweets and Sales: Reasons to be more like the French in January 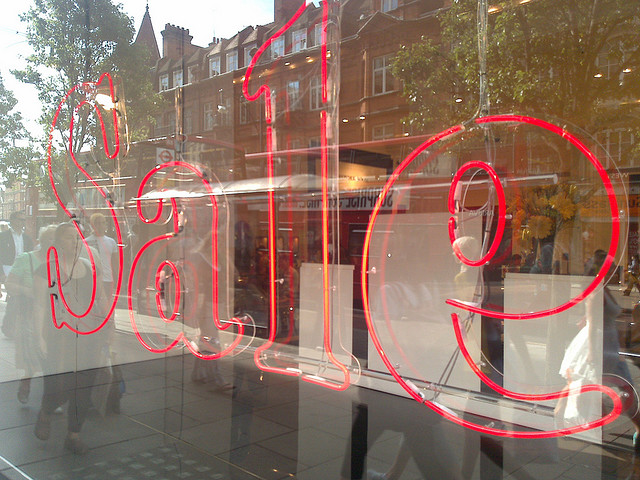 ’Tis the season for bargain hunters

Ah, January. Practically nobody’s favourite month. The weather gets worse without even the romantic thoughts of a ‘white Christmas’ or a ‘teeth-chattering but heart-warming’ New Year. Resolutions are broken after a short period of forcing yourself to walk the 10 minutes outside to the gym for five frigid, miserable days, before deciding that a layer of blubber might be your only asset in an oncoming nuclear war, Biblical Apocalypse, or Durham-wide electricity shortage. (“You can take our air/souls/heating but you can’t take our fat!” could be your rallying cry.) You realise that the Christmas spirit of generosity evaporates when you’re skint and living off out-of-date Advent calendar chocolates. Back to lectures, back to work, back to having nothing to celebrate until Singles Awareness Day (February 14th).

You will therefore be delighted to hear that France thinks all this misery is nonsense. Here in Toulouse, it’s true that we occasionally approach tights-under-trousers weather (and no, I don’t know the male equivalent. For all I know, it’s the same). However, cold air is tempered by the midday sunshine and outdoor cafés are still thriving. The English among us know that we would be double-layering our legs a lot earlier in the year if we were still in the north-east, and friends in my old neighbourhoods in Chicago and Vancouver at this point are well-immersed the snow-trousers-over-trousers part of their winter. And yet this is not the full extent of France’s wonderful response to the January blues.

There is, to be honest, no good time of year to be on a diet in France. Their food culture seems to revolve around cheese, white bread, red meat and – especially in Toulouse – the fatty liver of a previously very discontented goose. Although women may occasionally turn down the third square of rich, dark chocolate post-coffee post-cheese post-giant meal, I have yet to meet someone counting calories, and it being January makes not an inkling of difference in that fact. Au contraire, January brings the wonder of wonders, ‘la galette’. Taking various forms, the most common I’ve seen is a pastry with a thick layer of marzipan in the middle, or a ring of brioche covered in jam. The galette is historically eaten to celebrate the arrival of the three kings or wise men (I imagine in the French version they brought gold, frankincense, and brioche). However, nobody seems to really know why or when to eat the thing, so the entire month of January transforms into Galette Month. Instead of going to ‘prendre un café’ – an espresso with a small lump of sugar – you are invited to ‘manger la galette’ – a very large triangle of sugar, accompanied by espresso. In the café-oriented life of an English language assistant, this change is both welcomed and resented for its outright mocking of any half-hearted attempts to ‘eat right’ in 2012.

Of course, we French Year Abroaders knew we would be returning to a country that seems evilly designed to make everyone else obese apart from themselves, so perhaps our resolutions were more along the lines of ‘save money’. France, again, laughs in the face of this sensible post-holiday-season frugality. Starting on the 11th January, the whole country goes on sale. Stock is marked down sometimes up to 80% and crowds are…well, let’s just say queuing isn’t quite as sacred as in Britain. Of course, for the well-organised mind, ‘Les Soldes’ are a great opportunity to buy those items you’ve been eyeing for months and carefully search for the best deals on much-needed essentials. However, for the language student still a little incredulous that they are getting paid their student loan AND given a grant in order to sit in cafés for a year, the sales are a very dangerous place to be. The chic shops you’ve never previously dared to enter seem to draw you in and, next thing you know, you’re digging into your rent money for a ‘great deal’ on something which was once extremely expensive and which is now only slightly expensive – and therefore definitely necessary. Before you know it, your Christmas cash is gone and you’re living off stale bread and espresso (some things don’t change) for the next month. This was thrown into perspective by a French girl I met the other day raving about her year abroad in Yorkshire and how much she misses a particular popular discount clothing shop, where one can pick up brand-name clothes at massive discounts all year round. I mentioned charity shops and she was lost in a nostalgic reverie of those rosy Yorkshire days. Perhaps, therefore, we are far too eager to embrace France’s nationwide shopping frenzy when they’re really just reducing what was already overpriced. I remain incredulous that France has turned the traditional month of cutting back into yet another month of spending.

In conclusion, I suggest we all celebrate the coming of the new year with galette, cheap wine and self-indulgent spending. Do as the French do and you might just fight off those winter blues.