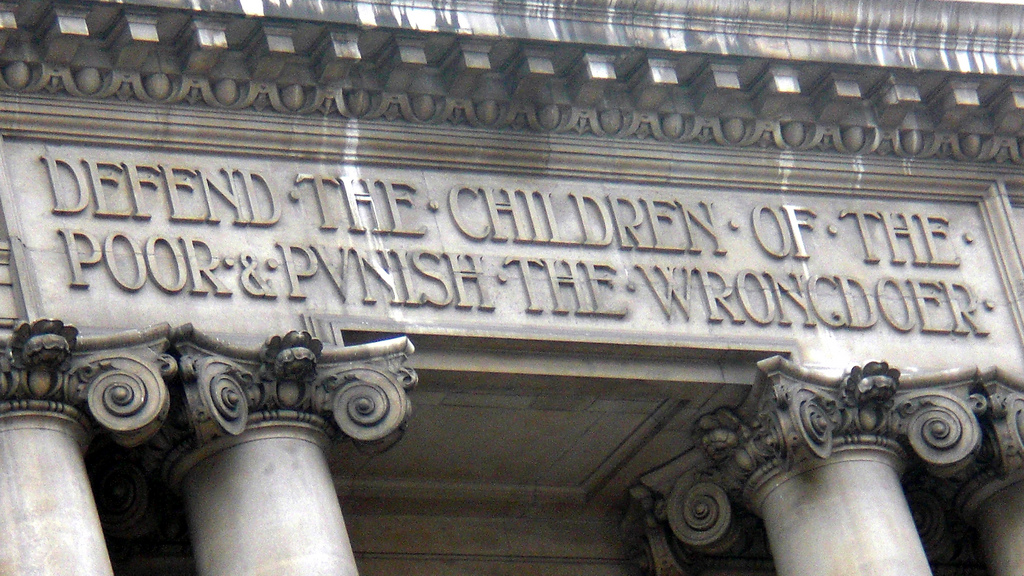 Do super-injunctions live up to the ethos of our justice system?

Several things have annoyed me about super-injunctions. Firstly there is the rhyme censored from Have I Got News For You, when Louise Bagshawe referred to a footballer whose name rhymed with “flying pigs”. Ryan and flying do not sound similar, at least to me, as my family has a sort of fascist attitude to pronunciation that Hitler would lovingly endorse. Secondly, and more importantly however, I’m upset that the whole super-injunction system can exist. It seems from the 30 or so celebrities who have taken out injunctions that the majority revolve around affairs. I know some protect children, and they are fair enough, but this rant focuses on those hiding affairs. I am angered firstly by being told that we live in a country of free speech when we clearly don’t, and secondly by the moral hazard being created by these injunctions.

An aspect of the super-injunction that hasn’t been prolifically discussed is the moral hazard associated with it. Super-injunctions are expensive, so they’re accessible to a very small and exclusive section of society. I know we’re not communists but it would be nice to see some sort of legal equality in our democracy. Moreover, the people who take out super-injunctions do so because they are famous enough for people to supposedly care about the debauchery that they pursue. It is my belief that if you’re happy to pursue a profession that puts you in the public eye, you should take the rough with the smooth. If you’re going to promote a positive image of yourself and exploit the media in order to do so, then frankly you should be prepare to take negative exposure of yourself too. If you are happy enough to be filmed whilst dancing on ice in a leotard, then the dark side of exposure (getting caught licking chocolate off a rent boy’s hairy back, for example) is something that you should have to accept comes with the territory.

My second argument revolves around the fact that the majority of super-injunctions regard affairs. Allowing super-injunctions to exist for these cases essentially allows the rich to conduct extra-marital affairs without any repercussions. If these celebrities were stupid enough to get caught in the first place cheating on their wives, then they deserve their comeuppance. After all, these stories are all true. If the media spreads lies then that is illegal, and the victim can legitimately sue in a court of law. Here though, the people did cheat on their wives, and their second error was getting caught. What super injunctions actually mean is that husbands can legally hide their affairs from their wives, but only if they’re rich enough. When this country set up a court of law, I imagine that the purpose of this was not to protect people who broke their marriage vows by getting caught with their sausage in a different Yorkshire pudding.

I don’t think the law should protect those that cheat on their wives, and are rich enough to hide it. It is a horrible way for wives (and I am assuming here that most of the people that brought injunctions are men, possibly incorrectly) to find out their husband hasn’t quite managed to keep the vow about not sleeping with Big Brother contestants, but at least they did find out. Unbelievably this law stops the partner from finding out, as long as their cheating partner is rich. Until this changes, we shouldn’t be allowed to look down on societies such as Singapore, which imprisoned a journalist recently for insulting the ruling party, as our society therefore isn’t “freer” than theirs. (Plus ours has much more chewing gum on the pavements – chewing gum is banned in Singapore.) I realise that this ending sounds incredibly communist, but this elitist law which wrongly protects the rich needs to removed: it is making a mockery of our legal system and our society.