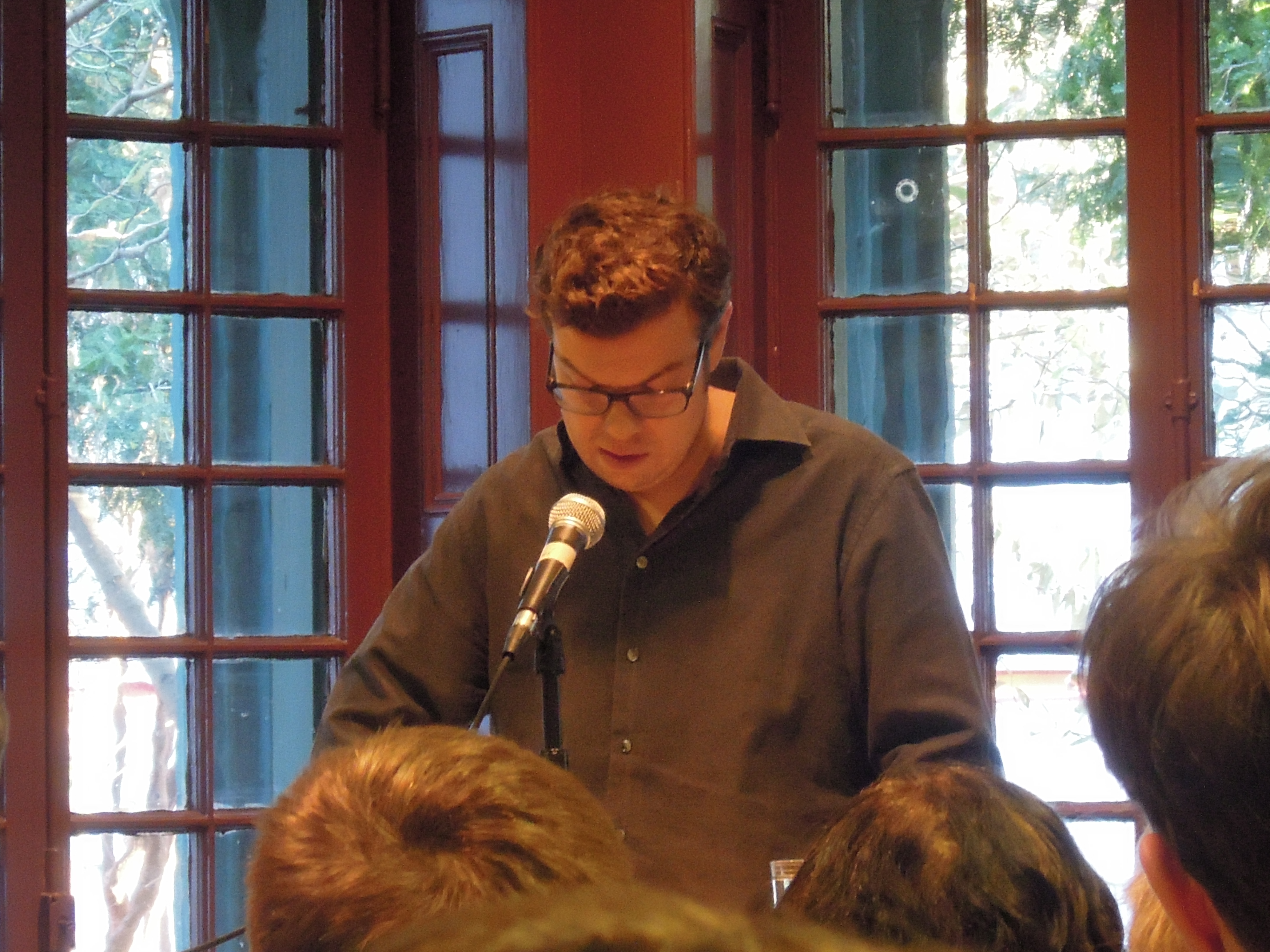 A reading by Ben Lerner

What should great literature be like today? After modernism, postmodernism, and a fairly awkward amount of time during which no firm ‘ism’ has picked up the baton, it’s difficult to decide what novels of our time should be about, or how they should be written. Books themselves are going through tumultuous change, with many predicting that the novel will eventually become as much as a niche interest as poetry, something Ben Lerner even mentions in his second novel 10:04. At least a few contemporary novelists seem to be writing in a kind of transition period where everyone is waiting for changes to settle and for a new era to begin. It is this feeling which is the theme, substance and question of 10:04.

The title itself refers to the 1985 film, Back to the Future. 10:04 is the time shown on the town clock when it is struck by lightening and allows Marty McFly to return to his own time. Time is the subject to which 10:04’s narrator keeps returning. How experiences anticipating a certain future are retrospectively robbed of their meaning, such as when a storm that will cause power outages and flooding in New York City ends up being a false alarm. Even perhaps deleted entirely, ‘because those moments had been enabled by a future that had never arrived, they could not be remembered from this future that, at and as the present, had obtained.’

The narrator has a lot of reasons to be thinking about time. During the novel he is stuck waiting for things that certainly will or might not happen: a friend’s mother dying of cancer; a heart defect that might kill him, or require surgery, or be harmless. The same friend also asks him to donate his sperm so she can have a baby, something he’s not sure he wants or is able to do when results show his sperm might be defective. He is trapped waiting for something to happen while almost nothing happens in the meantime.

The plot, consequently, consists mostly of the narrator thinking on these and other events. Time passes perceptibly over the course of about a year, with familiar events from 2011–12 cropping up such as the Occupy movement, but by the end little has really changed. This period is also filled with a quiet sense of impending dread. As a well-to-do New York novelist and poet, the narrator is insulated from any catastrophe except the storm which never actually arrives, but quiet references sliped into the prose nod to the disasters that are either imminent or happening in other places. ‘Six years of these walks on a warming planet’ throws in the creeping fear of global warming, and other sources of anxiety and dread such as American drone strikes half a world away similarly find their way into sentences. It’s a feeling that many of us seem to share with the popularity of apocalypse fiction in everything from movie/book franchise The Hunger Games, to the TV show The Walking Dead and video game The Last of Us. The strange distance coupled with knowledge of disasters occurring and about to occur afforded by a middle-class position in a rich country leads to the feeling described towards the end of the novel: ‘as though we lived outside of history.’

The narrator himself is one of the most interesting things about the novel. Ben Lerner’s novelistic debut, Leaving the Atocha Station, seemed to be a fictionalised version of a year in the author’s life on a fellowship program in Spain, but in 10:04 the relations between Lerner’s protagonist and himself are blurred almost aggressively. When the novel opens with the narrator meeting his agent to discuss writing the same novel, and the writing of Lerner’s 2012 New Yorker story is part of the plot, and then included itself in the novel, it begins to feel as if the reader is being goaded. It’s easy to forget that this itself is a piece of fiction when the narrator discusses details from his life in relation to Leaving the Atocha Station. The narrator’s (Lerner’s?) excuse of creating fiction that works like poetry (Lerner is predominately a poet), that melts away the border between fiction and non-fiction reads as perhaps too convenient, but it is an accurate way of describing the novel.

However, the immediate disappointment for anyone reading the book after Leaving the Atocha Station will be the prose that at the beginning of the novel is constipated with its own cleverness. Even reading it in your head makes you feel as if you have a mouthful of marbles, and is hard to digest after the much more fluid sentences of the first novel. In a statement that becomes increasingly important, the narrator imagines telling his agent at the start of the novel that he will ‘work my way from irony to sincerity’ throughout the book. The ironically affected literary voice produces great statements like ‘here I was, still flush from our coition’ (sex, to the rest of us) and melts quickly away when the narrator admits that if he was suffering in a hospital bed because of his heart condition he would rather watch reality TV than worry about literature. The fear and reality of being less than sure of your literary credentials is one of many subjects Lerner tackles with greater power and formal ingenuity with the advanced prose of 10:04, but, nonetheless, it remains less aesthetically pleasing than the last novel.

Overall, this is a less satisfying novel because it is a more ambitious one. In the final fifty pages, the narrator has a brief meeting with a postgraduate poetry student he is supervising. The student, Calvin, bursts into his office, vibrates with the amount of amphetamines he is taking to handle the demand of his studies, and rattles off all the anxieties he shares with the narrator about the times they are living through in half-nonsensical academic speech somewhat similar to the prose of the first part of the novel. The expectation is immediately created for some kind of closure, for the narrator to at least sympathise with and support Calvin as a mentor, but instead he tentatively suggests Calvin should see a therapist and sends a few emails after he storms out of his office that come to nothing.

But anything else would have been false, a forced moment of sentimentality that the rest of the novel had not earned. It’s more upsetting to read, but it rings true. No answers are offered because, despite a very intelligent person thinking for a long time, no answers have been found. When the novel ends, the narrator, Lerner and ourselves are all still waiting.