Samantha Standring in Columns on 26 November, 2011. 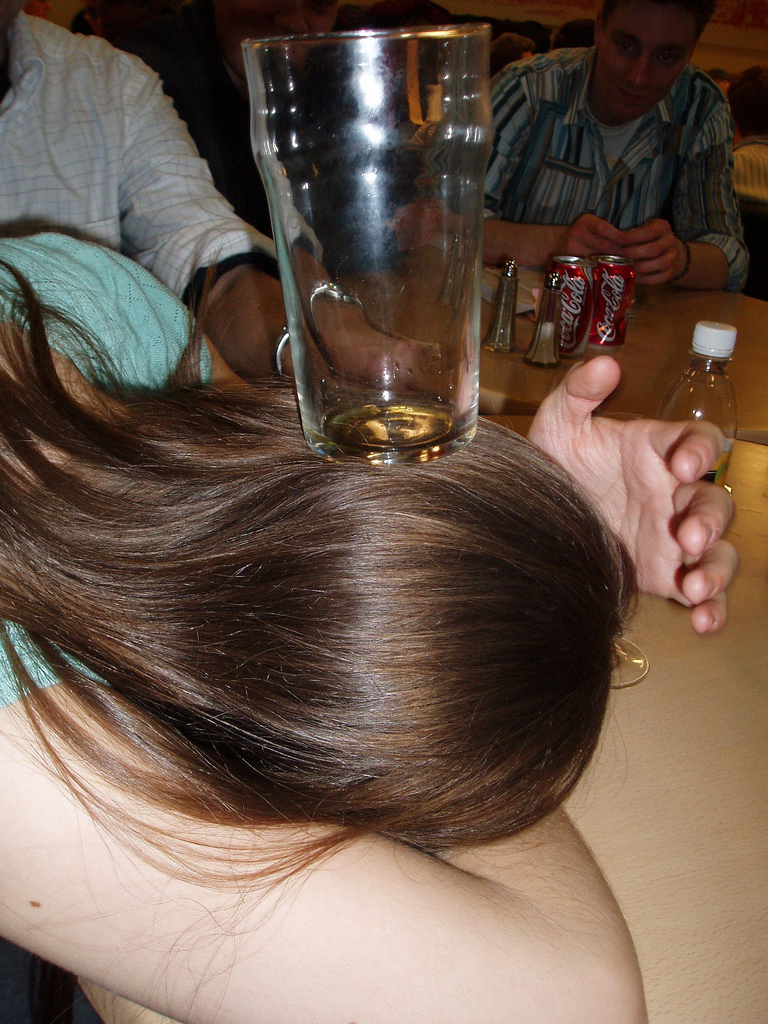 For many in Durham, the meanings of the term ‘social’ are varied. Socials have picked up a somewhat dubious image over the years.

What exactly constitutes a ‘good night out’ as a team might range from the English Society’s mild-mannered discussion of books over chocolate and canapés, to the boxing team’s enthusiasm for a tray of shots and a team-building fight in Klute. For freshers, a social normally involves being approached with the words “Nice to meet you mate, neck this please”, followed by putting on an animal costume and praying your genitalia survive the jump through the tree on the cathedral lawn.

But what could better demonstrate team spirit than the sight of Durham’s Ultimate Frisbee team dragging each other blindly through an ill-advised Bailey bar crawl? What could better portray the unity of spirit, fraternity and honour throughout Durham’s student body than the image of the Chess Club on a mental one, downing shots together in Jimmy A’s?

Or have we got it wrong? Besides the obvious financial benefit, who wants to have 30 rowdy rugby lads walk into their establishment, right? Socials can be loud, inappropriate and – and let’s face it – they can get very messy.

No matter how much people insist that you can be tee-total and still have fun, this concept is stifled by the torrents of alcohol being poured every social. “Down it, fresher!” is one of those phrases you never stop hearing. Even when you’re a second year. Even when it’s HP sauce. Drinking is the rule that no one is technically allowed to enforce. But the pressure is always there, whatever game it is wrapped up in. No ban on ‘initiations’ will stop this. You drink when you join, you drink to get to know people, you drink when you’re with them, you drink during games and you drink when you lose.

Is this right? Some would say it’s pretty pathetic if that’s the only way to take part in socials. But is that just missing the point? It’s all part of the fun. No one wants to be the guy throwing up so much he can’t even make it to the club (or be anywhere near him for that matter). But, like anything else, it’s a case of knowing what you want. In my experience, the horrendously drunk half-naked girl leaving embarrassing voicemails on her ex’s phone is the one who has not only drunk what everyone else has had, but helped herself to a lot more. Though they’ll definitely push your boundaries, socials are always intended to help people have a good time. You may get some laughs for not being able to keep up with the ‘hard-core’ drinkers if you back down from a forfeit but personally I’d much rather that than the dirty pint.

With the right group of people, club and society, socials make for some of the best nights out. Fancy dress, face paint, challenges: its primary school all over again. Except you get a city instead of a classroom. And your challenge might be chatting someone up with the cheesiest line on a Cheerleading social instead of climbing a tree. You get to know people that you might not have had a chance to talk to much during training and, ultimately, it creates a stronger team atmosphere.

You might not fancy getting ‘hammered’ but, in reality, socials in Durham are not all about passing out in Loveshack toilets after paying the ‘No splash No gash’ guy fifteen quid for cheap cologne. They are a chance to immerse yourself in the team and integrate with other years; all alcohol does is help you to integrate faster.

Some of our fondest memories are from social nights out, even if they are slightly blurry. We both vaguely remember getting ‘married’ to teammates in the snow by the cathedral after an eventful Swimming Stag and Hen night, and despite feeling the onset of hyperthermia couldn’t help but enjoy the idyllic scenery of Durham’s snow-laden monument.

Yes, being tied together by the wrist for the entirety of our first rowing social may have rendered navigating the toilets tricky business, but as our genius captain brilliantly punned: “You’re all in the same boat”.