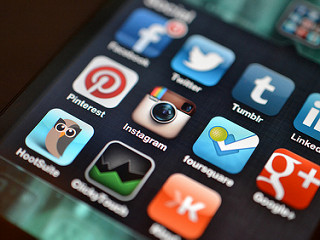 Nowadays, we rely on our phones for the latest updates on what we’re interested in – be it celebrity scandals, football scores or Facebook events that we’re unlikely to actually attend. Social media thus provides the medium through which the majority of young people connect with bigger and more relevant stories. The ability to “share” news articles and thinkpieces on Facebook allows us to consider our own opinions on current affairs – especially those which are more difficult to engage with. With a greater awareness of news stories and the capacity for international recognition, social media has naturally become a new place for social activism to flourish.

Social activism is the concept of seeking justice, recognition or change with regards to a social or political movement. Thanks to the recent rise in social media, it has become more accessible and widely engaged in. From simple things such as sharing an article or using a hashtag, to creating a personal platform to raise awareness for a fundraising campaign, social media activism has become the easiest way to draw attention to injustice.

On the 2nd June, Stanford University athlete Brock Turner was found guilty of attempted rape. His sentence was six months in jail as anything longer was deemed unsavoury, considering his reputation as a swimming athlete. During the sentencing, his victim read out her impact statement, in which she directly addressed Turner. The heartfelt and articulate nature of this letter struck a chord with many people. After sites such as Buzzfeed published her full statement, the injustice of Turner’s sentencing began to be felt on a much larger scale. As an increasing number of people shared her statement across social media, expressions of outrage and disbelief began to pour in from all corners of the world. Users of Twitter, Facebook and Instagram sympathised, spreading her story and expressing distaste at the leniency of his sentence. Soon a change.org petition had been launched, demanding the ouster of Judge Aaron Persky, who had presided over the case. By the 11th June, the petition had received over 1 million signatures.

It’s undeniable that social media has its disadvantages – we are often criticised by older generations who view our online activities as narcissistic, voyeuristic, or simply uncreative. But the resounding outrage at Judge Persky’s decision is a reflection of the positive impact social media can have. The facilitation of so many of our most basic social functions – communication, self-expression and our perception of the world – is certainly a step in the right direction. As Turner’s victim told BuzzfeedNews, ‘even if the sentence is light, hopefully this will wake people up.’

The recent “Black Lives Matter” campaign is another example of social media highlighting different perspectives on events that are ignored or even hidden by mainstream media outlets. Social media has given our desire for justice a newer and stronger voice – a voice we should not allow to be quieted.