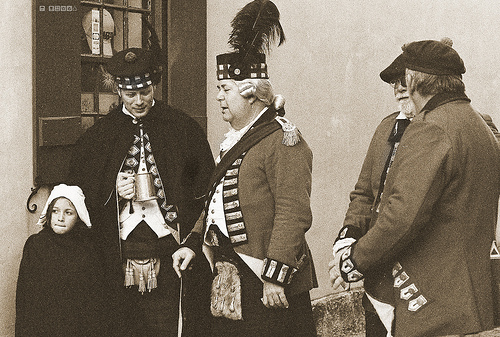 “Good girls never make history” according to Marilyn Monroe. In fact, at the height of her career in the 1950s, very few women made history at all. Despite making up 50% of the population, “herstory” was virtually untold until the 1960s and 1970s when the field of women’s history began to gain acceptance. Fifty years on, however, the study of women’s history still bears a stigma. Not only does it often only count for a token lecture, seminar or exam question in a module, but it is the one that (in my experience) is most likely to cause the reaction of “Oh it’s the women one? I’ll not bother going then.” So why do 50% of any population appear to deserve no legitimate place in the study of history? And why are men and women who have interacted with each other and experienced, albeit differently, the same events, separated so completely into different categories?

The answer is simply that women’s history is not traditional history. Women’s history grew alongside the development and greater acceptability of social history in the 1960s and 1970s. Before this time, history generally consisted of the study of the public sphere i.e. political, economic and military history. Due to the fact that women largely had no official role outside the private sphere until relatively recently, they can only be studied in the context of social history. If the focus of the module or your own personal interest is not in social history, it is therefore legitimate to leave women out of the picture, right?

To quote the English historian G. M. Trevelyan: “Without social history, economic history is barren and political history unintelligible.” Without getting into a debate on the legitimacy and importance of social history, this statement reigns true with regards to women’s history. What is the point of the study of politics and economics without the study of ALL the people they affect?

More importantly, however, is the fact that by confining women entirely to the study of social history, you are in fact reinforcing stereotypes of women as wives, mothers and mistresses only. It does not take much unearthing to discover that despite being unable to officially own property or a business, women throughout history have contributed significantly to the economy unofficially and often under the name of their husband. Women in Britain may not have gained the vote until 1918, but their role in politics from the court of Henry VIII to the campaign movements of the Suffragists and Suffragettes, has been a key presence in history. This of course challenges the image that the “Woman Seminar” is simply an hour of complaining about how men have oppressed and abused women since the beginning of time. There is no doubt that women have been oppressed by patriarchal systems; however, this just reinforces the stereotype of women as passive figures and ignores the complex issues surrounding their ability to work around the system.

If women have been a constant presence in history, this raises the question as to why men and women’s history is so separated. Certainly the discourses of men and women are different, just as the discourses of different classes, races and nationalities are. Why though, do we have to confine the entirety of the female role and experience to one seminar or lecture? This suggests that in all the other lectures and seminars, women simply did not exist.

Of course this is not the case for all history modules at Durham. The modules which do not appear to make the gesture of a “Woman Seminar” are often those which contain the most women’s history. It is these modules which rightfully integrate women’s history into most of the topics studied. It is the simple acknowledgement that women were there and that an understanding of their discourse is essential to our understanding of the topic. All history is partly women’s history and to omit the study of half the population is nothing short of historical negligence.