Siren: Funny is a Feminist Issue 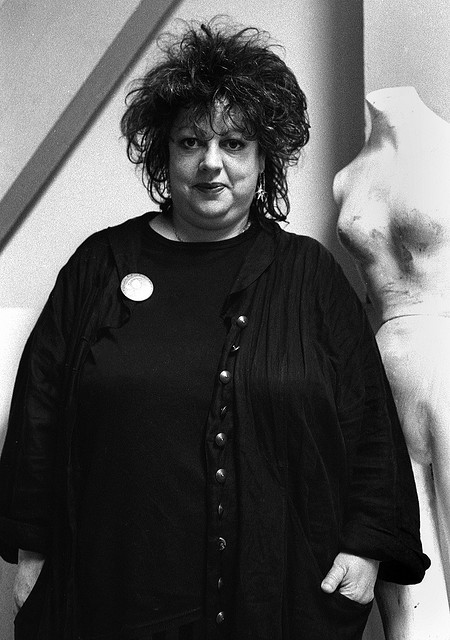 Jo Brand – one of few examples of successful women in comedy

Can women be funny? Well, the simple answer to that is: of course they can, but can they be funny in a mainstream sense that aligns them with their male counterparts? Really? You might ask. Do you dare to dig feminist claws into comedy, realm of the indulgent expulsion of political correctness and balanced representation? Certainly, where comedy and serious discussion collide there’s always the risk of any serious analysis being displaced by the comedic element itself. “Feminism” itself is excellent fodder for comedy, as are most “isms”/ “serious” modes of discussion. But all joking aside, and it’s quite clear that funny really is a feminist issue.

I think it’s clear to see that the comedy sphere seems to be, by and large, a male-dominated arena. That’s not to say that “funny” females are absent from the mainstream domain: Sarah Millican, Gina Yashare and Jo Brand are all examples of well-established female comics. Similarly, there is doubtless a wealth of unrecognised and undiscovered female comedic talent simmering somewhere beyond the cosy streaming of channels 1–4. I’m sure there are also many comediennes in the UK touring smaller circuits, and delighting more intimate audiences. But being no comedy connoisseur, I want to focus on the mainstream UK’s media representation of women in comedy, or, indeed, lack of representation. Panel shows such as QI, Mock the Week, Have I Got News for You and Eight and of Ten Cats are known for their combination of pop culture and comedy, and repeats of such shows are endlessly aired on the Freeview channel Dave, supposedly “the home of witty banter”. And yet, women seem overwhelmingly absent from such programmes. When they do appear on them, it always appears as a somewhat token gesture, and they don’t seem to say a great deal in comparison to the men on the show.

So does all of this point to some kind of patriarchal conspiracy to bar women from the mainstream comedy sphere? No, such a claim would be hyperbolic at the very least, but it does perhaps gesture towards a comedic sphere that is less than fecund when it comes to nurturing a female sense of humour and comedy talent. Obviously, the question of whether comedy can be in some way “gendered” is a contentious one, but also, I would argue, often overlooked. On Sunday, Miranda Hart succinctly claimed in her Observer interview that “[t]here’s a few more [women in comedy] than there were but it’s still obviously male-dominated. That’s how it’s going to be, certainly for the next 200 years. Just like politics.” There’s a sense of resignation here, as though the under-representation of women in various spheres of influence, be it politics, comedy, or hot-air ballooning, is somehow a given, one to which the public should react in a passive and accepting manner. I think that this is a dangerous attitude to adopt, as it fails to address the underlying issues behind a lack of female presence in mainstream comedy.

So what are these underlying issues? I think there’s an increasingly recognisable vein of self-deprecation in mainstream male comedy, especially amongst stand-up comedians: Frankie Boyle descries his Scottish roots whilst Jack Whitehall laments his disillusionment with his father’s staunch middle class values, but this method of comedic self-deprecation usually doesn’t come with a direct exploration or rebuttal of purely male values. Conversely, when it comes to women stand-up comedians or panellists, there is often a much more overt focus on the fact that she is a woman. Unrelenting reference to femaleness takes the form of fat jokes, girlfriend jokes, wife jokes, maybe even period jokes if they’re really pushing the boundaries, but rarely encompasses the broader sense of comedy that is pedalled by so many male comedians.

Of course, there are exceptions to this claim, but general trends seem to portray women as being slightly obsessed with ridiculing notions of femininity; on the one hand this can be viewed as an empowering quality, as it debunks serious-minded and staunch notions of feminism and equality: here are confident women making light of gender difference, whilst also acknowledging its relevance. However, on the other hand, what is superficially regarded as approaching a taboo seems to create a new and indirect taboo in itself, in that we must question whether women can only be “funny” after somehow, however light-heartedly, playing down their sex.

Indeed, in her interview, Miranda Hart goes on to say “there’s still sexism in comedy audiences. We shouldn’t blame them: I do it too. A woman comes on and I feel slightly anxious.” I think that the pertinent question is where the source of this anxiety lies. Is it sufficient to say that women create this feeling in audiences, and this is the way it will be for a long time? Hart seems to believe that the situation “is getting better all the time”, but is such a statement really enough? What is worrying is that comedy is perhaps one of the only mainstream forms of entertainment that relies solely on the woman’s intellectual and charismatic prowess, as opposed to how she looks.

Is this what’s daunting for so many audiences? Is there, in fact, a subconscious awareness of the fact that this is no X-Factor or Strictly Come Dancing, and that somehow this channel of communication doesn’t register with mainstream ideals of “the woman”? Of course, it’s not as clear-cut as all that, but I’d argue that it’s certainly food for thought. What is clear though, is that if women ever want to alter this situation, discussion and awareness of the issue needs to increase. Perhaps women in comedy should work towards creating greater networks, in order to develop women’s comedy and refute the stereotypes about female humour that seem so pervasive in mainstream entertainment, because the current situation just isn’t funny any more.