Single Shaming: Why should it wrong to be single? 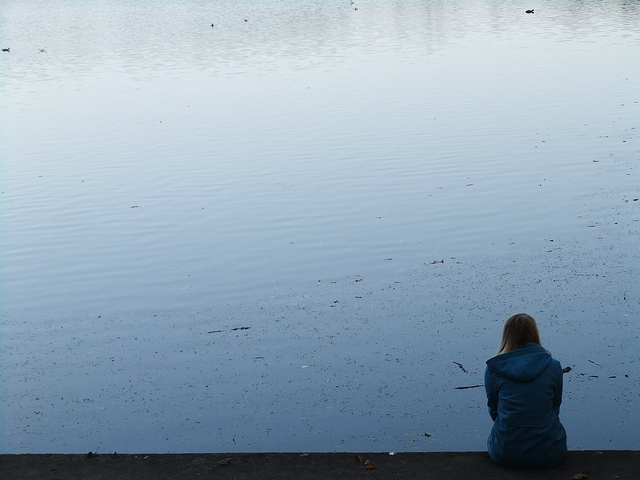 Are loneliness and being single synonymous?

Ah, spring. Some might call this the season of joy, creation and love. And I would probably have no choice but to agree, because spring is generally known for being the mating season in the Animal Kingdom. You might argue that naturally, we humans might yearn for affection during this time of year, since our animal friends are doing so as well. But the question is, why? Why do so many people feel that if we don’t have a significant other, we are somehow lacking a part of our lives? Before you go and criticize me for being one of those crazy feminists who think that women don’t need men in their lives, etc., let me say this: I don’t think anyone, regardless of age, gender, or sexuality needs anyone in their lives. Of course it’s nice to have companionship, but there’s no reason to be feel down if you don’t.

I hear people around me complaining about their single lives, and how sad it is that they don’t have a significant other in this wonderful time of year where love is supposedly just everywhere in the air. And then I think about when society tells us “love” is supposedly in the air, and I realize that it’s basically just all year round. It begins with the New Year, where we make resolutions for the rest of the year, and perhaps if we’re single we should make a resolution to find ourselves a boyfriend/girlfriend. And then comes Valentine’s Day, the magical day of celebration for all couples, and a day of socially constructed loneliness for the singletons. Then we have spring, which is where we are now. Summer rolls around, and it’s meant to be long walks on the beach with our loved ones, and the wonderful summer nights (cue the Grease song). We get a bit of a break in autumn, but then it comes back to hit us full force at Christmas time, the season of love and giving. Shortly after, we have New Year’s Eve, a night which we hypothetically count down to the New Year with a significant other, which brings us right back to January 1st. If you have a significant other to spend all these important romantic days with, you’re good to go. If you’re single, I don’t know what to tell you because apparently you should feel lonely and unloved.

I’m sure you’ve all heard the term, “slut shaming”, before. I’m here to introduce what I believe is an issue we face today: single shaming. Society feels sorry for you if you’re single. People feel the need to comfort you by insisting that you are now free to do what you like (which you are), but never have I ever heard anyone comforting an individual in a new relationship. I mean, have you ever heard anyone say, “So sorry about your new boyfriend and your loss of individual freedom,” to someone else? I’m willing to bet it’s not a very high number. On the other hand, try counting how many times someone’s told someone else that “It’s going to be okay, single life really is better,” to a newly single person. I’d guess probably more than the last number.

I like to question the norm, and this is one norm that I don’t think is questioned nearly as much as it should be. In the society we live, the norm is that we aren’t going to stay single for the rest of our lives. We will eventually find a partner, settle down, and live the rest of our lives together. It’s a monogamous norm that has been around for decades, maybe even centuries. We are taught through the media and the people around us that we should aspire to find our “soul mates” and the “loves of our lives”. It’s not that nobody ever teaches us what the alternative is; it’s that nobody teaches us to want the alternative. It’s often described as being an old spinster, a lonely old man, or a crazy cat lady. Whatever terms and stereotypes we as a society have coined for people who grow old outside of a monogamous relationship are, they’re not positive ones. Just as heterosexuality is a norm, and homophobia developed as a result of this norm, a phobia of being single has now developed as a result of the norm of being in a relationship.

It’s a subtle phobia that underlies the dynamics of our society, but it still exists nonetheless. It’s not generally a norm we think about, and to be honest, I personally wouldn’t have really thought about it but for the comments that I’ve heard around me recently. So next time you’re feeling lonely because you don’t have a significant other to share a moment with, just remember this: your life could be better with a partner, but you could also be better off alone. We don’t know if the idea that life in a relationship is superior to that of a single life is the norm because it’s true, or if it’s perceived to be true simply because it’s the norm. No matter what your Facebook relationship status reads, remember that it should not, and does not, define your happiness. You do.