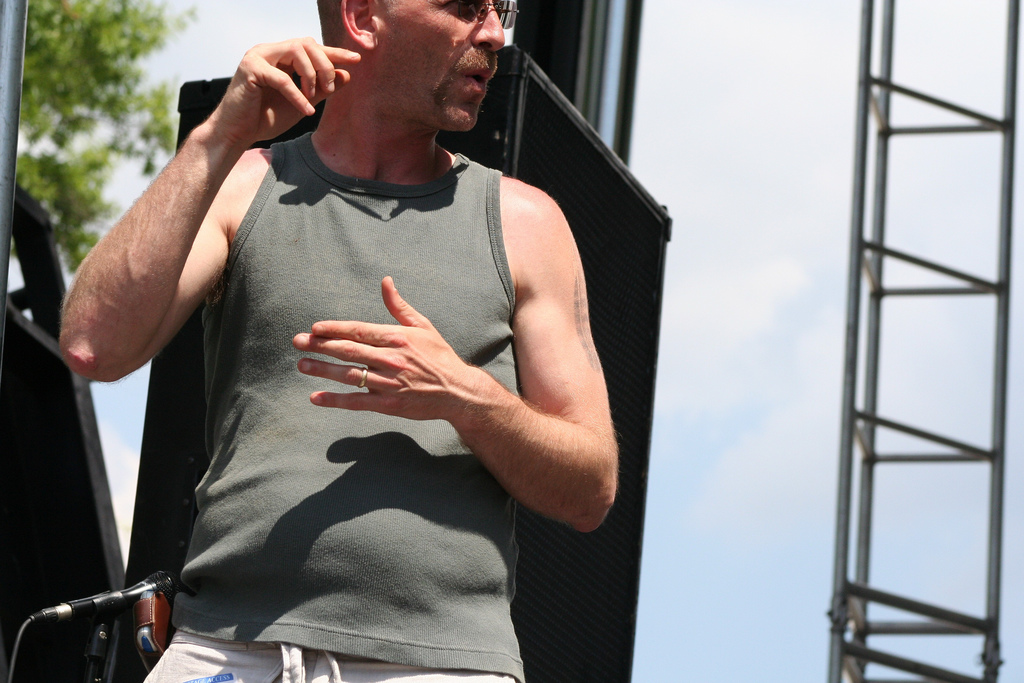 “Is sign language universal?” This question ranks in the top five questions most sign language students are somewhat sick of answering. A tiny minority even at a university like Durham, students of BSL (British Sign Language… hint hint) tend to find themselves constantly explaining the basics of the language they study. Most people don’t even seem to know of the programme’s existence at Durham, including Bill Bryson. (So I told him about it.) Nobody really expects this optional module to transform them into the ’Sign Language Ambassador’ of their college, friendship group, and pub quiz table; yet many of us have no choice but to embrace it. The role includes forcing yourself to laugh when people demonstrate ’the only sign language I know!’ (flicking you the bird, OH so original), teaching people the signs for ’holiday’, ’caterpillar’, and, in one memorable instance, ’sexy tiger’, and trying to deconstruct the plenitude of myths surrounding deaf people and how they live. As a BSL student on a year abroad, the question gets complicated, not least because it’s asked in French. The short answer is ’no’. The long answer is ’yes’. Here’s how sign language might be simultaneously the most useless and useful language you can learn.

Sign language is not universal. People seem to imagine that one day, about twenty years ago, some clever hearing chap popped out of thin air to say “Wouldn’t it be jolly nice for all these poor deaf people to have a language? Since all deaf kids obviously have access to education, and it goes without saying that every country in the world has excellent communication devices for their deaf communities, it should be really very easy to implement a universal sign language that everyone could use to communicate. Let me set one up right this moment!”

Anyone spending a moment to reflect on this might wonder why nobody has ’set up’ a successful universal language before. And then wonder what deaf people did for the centuries preceding this chap’s ’invention’ of sign language. In reality, of course, like any language apart from those such as Esperanto, sign languages evolve organically among communities. Language is natural to everyone, including those who can’t hear, and people had been using signs with their families and friends long before it was recognized as a language. There are regional accents, slang, even various ethnic dialects. Each country has its own history of sign language, and each seems to be somewhere on the scale between the denial of sign language (and by extension, deaf people) as valid, and on the other end, of acceptance, education, and rights.

In our age of Skyping around the world and 24-hour TV, it’s easy to forget that visual communication across oceans, or even cities, was not possible until incredibly recently, and is still a myth in some places in the world. Not to mention the oppression of deaf people that has prevented, at various stages of history, their rights to travel, work, and educate themselves and others.

BSL was only recognized by the UK government as a language in 2003. And on the 10th of November this year, a sign language conference held in Norway concluded that deaf children are best served by bilingual education, which emphasizes their access and right to learn sign language alongside the written language of their country. That’s right. Here in 2011, many organizations are still fighting for the right for deaf children to learn sign language. Here in Britain, as government cuts fall heavily on specialized deaf schools and deaf clubs around the country and hearing parents are told that surgery is necessary to ’fix’ their deaf child, the fight continues.

Which brings me back to this universal language. Because, despite each country’s unique relationship with their deaf communities, some things remain the same. Meeting another person who signs is a cross-cultural all-access pass. Facial expression and body language are important parts of all sign languages, and visual grammar and certain gestures are recognizable by everyone (think of the gestures you make when speaking to someone who hardly understands English). It is therefore easier for people who sign different sign languages to understand each other than people who speak completely different languages. (Sidenote: there does exist something called International Sign Language. However this is an invented pidgin language used to facilitate communication at international conferences or festivals attended by deaf people.)

Deaf people also tend to spend their lives trying to make themselves understood by people who don’t use their language, so are often habituated to explaining themselves visually. Above all, in my experience, there seems to be a universal fondness for joking around and telling stories in deaf communities that crosses any linguistic barriers you might have!

When I travelled to Morocco, I felt a sort of linguistic separation from the locals when I spoke French to them, which is usually their second or third language. That is, until I bumped into a deaf guy in a restaurant. Despite having many different signs, I had a better conversation with him than I had experienced with any other Moroccans, because my ability to sign forged an immediate connection that seemed to bridge the habitual Moroccan reluctance to speak openly to foreigners.

Here in France, I’ve spent some time with the deaf community and can only say it’s been a fantastic experience. Despite even the alphabet being different, and my brain working overtime to translate between the English, BSL, French, and LSF (Langue des Signes Française) jostling for dominance up there, some things remain the same. Somehow, just a recognition of sign language as valid, a willingness to learn, and a basic understanding of deaf culture, is all that’s needed to have a good time in deaf communities around the world.