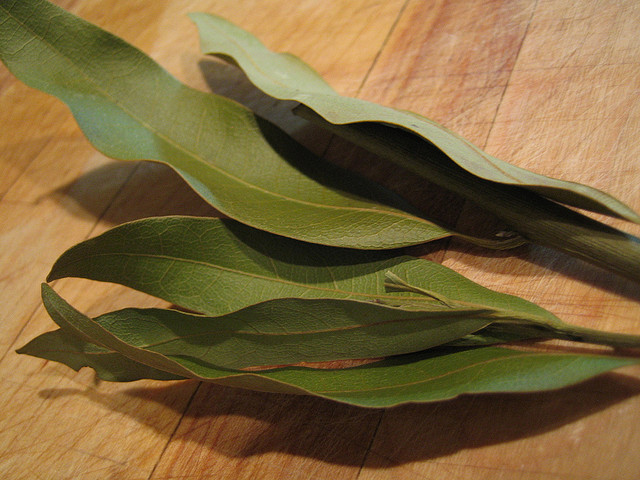 Bay leaves: The old-fashioned way to seek out a Valentine.

Following the recent ‘International and Erasmus Valentine’s Party’ at Loft – an event which one could, perhaps, (dubiously) argue was a night of cultural enrichment, during which people from a wealth of nationalities and cultures gathered together to celebrate a common festivity – it occurred to me to consider whether they would be celebrating the day of Saint Valentine any differently if they were at home. Does the 14th February hold a different significance for other nations? Is there anywhere where it means slightly more than cheap, cringe-worthy cards and chocolates? Surely there is somewhere in the world where Valentine’s Day still upholds the same values on which the celebration was originally built?

Valentine’s customs around the world actually date back to around the 5th century. However, back then, the 14th February was celebrated through various weird and wonderful traditions, which markedly distinguished one nation from another. Considered one of the most romantic countries in the world, it will probably not come as any surprise to you to find out that France has a strong history of Valentine’s traditions. One of the most popular is called ‘une loterie d’amour’ (drawing for love), which involved single men gathering in one house, taking it in turns to call out to their chosen woman, from those gathered in the house opposite.

French women have also been known to use subtle culinary cues to signal their amorous intentions. They would signal to their possible suitor whether they were to be rejected or accepted, through what they fed them on the 14th February. For example, an egg dish would signal a strong rejection, and a piece of fruit would represent their reciprocal feelings….

Similar to ‘la loterie d’amour’, in ancient Rome, young women would put their names into a box, which would then be randomly drawn out by the men. Others believed that the first man a woman would see on Valentine’s Day would be her future husband, and that they would get married within the year.

Even England has its own unusual tradition. In the 1700’s, on the night of the 13th February, women would pin or place five bay leaves onto their pillows; one in each corner and one in the center, with the belief that they would then dream about their future husbands. Alternatively, they would sprinkle bay leaves with rosewater and then lay them on their pillows. They would then say, ‘good valentine, be kind to me, in dreams let me my true love see.’

However, as interesting as these traditions are, I wanted to find out whether the same attitudes are shared on Valentine’s day in today’s society. Does each country still show pride in their individual way of celebrating Saint Valentine? What’s more, do these traditions even exist today, or has the whole world succumbed to the quite often meaningless handing over of flowers, chocolates and unwanted stuffed animals? Thanks to many insightful conversations with various international students around Durham, it became apparent that although it may be rather unusual to hear of any women still carrying out the bay leaf tradition in England today, many of the other strange customs from other countries still hold great importance for those lucky enough to have found love, or for those hopeful to find it.

Wales still sees the same tradition carried out each year that originates from centuries ago amongst sailors, who would carve intricately decorated wooden spoons, and present them to their love interest. Celebrated on January 25th instead of February 14th, such love-spoons are still exchanged amongst friends and family today.

Japan and South Korea are amongst the most interesting, with regards to their individual Valentine’s customs. In Japan, unlike most western cultures, the focus of the 14th February is on the man, and it is up to the woman to spoil their loved one. However, in the 1980’s, March 14th was declared ‘White Day’, which is the customary day for men to reciprocate their feelings. Similarly, in South Korea, women spoil their men with gifts on Valentine’s Day, and vice versa on White Day; yet the South Koreans have gone one step further by introducing ‘Black Day’. On this day, those who didn’t receive anything on Valentine’s Day or White Day meet up to consolidate and mourn their single status by eating black noodles.

Like most of Western Europe, couples in Italy now just exchange gifts. Unique to the Italians is the ‘baci perugina’, which is a box of hazelnut filled chocolate ‘kisses’. This gift is often accompanied by a romantic quotation, printed in four different languages. However, as in the UK, many people feel the gifts have lost their true value, given the increasingly commercial emphasis on the day. As explained by an ex-Durham student from Italy, ‘In Italy there aren’t really any Valentine’s traditions because we are supposed to live like it is Valentine’s Day every day!’ And, sadly, locking eyes with an Italian on the 14th February no longer guarantees you their hand in marriage.

If it were down to me, I would reinforce the good old bay leaf tradition once more, and reinstall the real magic of St. Valentine into our lives. However, given that that seems quite unlikely and unattainable, a rather more realistic suggestion would be to simply remember and appreciate all the strange yet intriguing customs from across the globe; new and old, and spread a little love next February.