Shalt thou remember the sabbath day, to keep it holy? Not by becoming the slave of boredom 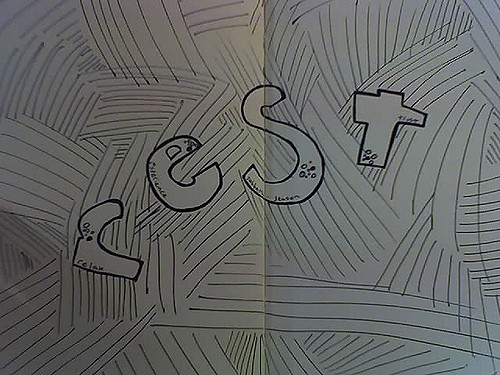 ‘The vast majority of Britons today have a good three hours or so on their hands that would just be frittered away on yawn-inducingly passive undertakings were it not for the legalisation of Sunday trading.’

Amid the zeitgeist of devolving power and authority as much as possible that has been swirling around ever since the Scottish referendum, I notice that calls are mounting for the Sunday trading laws to be relaxed. Some 200 MPs and council leaders recently issued a collective call for some, nay any, form of liberalisation; one suggestion that seems to have gained traction is a proposal to scrap the current blanket six-hour cap on Sunday opening hours across the country, and instead let local authorities set the limits, if they think that it will rally the economy in their jurisdictions.

Doubtless this will lead to much tutting and head-shaking among people called Anthony and Margaret, who will trot out the old adage that Sunday should be a special day of rest which everyone honours, and that unless everyone in the country is compelled to rest on Sunday, it fails to achieve hallowed status as a weekly holiday. Anthony and Margaret will also probably claim that the 1994 Sunday Trading Act, which legalised Sunday trading in the first place, generated a slippery slope towards a seven-day working week, and that any proposed loosening of the restrictions will be the thin end of the wedge that will force the adoption of such ghastly American working practices.

I’m less sure, though, that relaxing the law will lead to a dystopia in which shop and leisure staff are enslaved by evil businessmen hell-bent on making as big a profit as possible by allowing consumers to wallow in materialism to an even greater degree. I doubt that such a state of affairs will come to pass, because before 1994, when Sunday trading was, bar a very few exceptions, completely proscribed, what did people do of a sabbath?

According to Paul Feeney, a social historian who grew up in the Fifties, pre-1994 Sunday was a day of deeply stultifying ennui; apart from the obligatory church attendance and Sunday lunch, adults would languidly potter about in the garden, sift through the papers – all four-and-a-quarter hundredweight of them – or just have a snooze in an armchair, while children were reduced, especially during the winter months, to planting their elbows on the windowsill and staring out at the street – which, of course, was devoid of life because nowhere was open, and everyone was cloistered away at home, for fear of annoying the neighbours. The scene that Mr Feeney paints of activity, or lack thereof, on a 20th-century Sunday reminds me of a painting by Walter Sickert entitled “Ennui”, which depicts a couple utterly ossified by boredom. The man in the foreground, slouched in a chair, puffs absently on a cigar and stares vacantly into the distance, while his wife gazes at a picture on the wall for what must be at least the 6,934th time. Anthony and Margaret may insist that for them, Sunday is a special day of rest when they can avail themselves of the luxury of forgetting all about work, but I bet that, unless they partake of leisure activities such as shopping or going to restaurants or cinemas – which would be somewhat hypocritical, would it not, given their desire for absolutely everyone to rest on Sundays – the sum total of their activities for twenty-four hours a week equates to that depicted in Mr Sickert’s painting.

Nor is Mr Feeney alone in his view that post-war Sundays were days of stifling boredom. Anna Soubry, the current minister for small businesses, remembers the Sundays of her youth as “the most miserable day of the week” and states that it was a myth that families came together to rest in communion. And let us not forget that such memories hail from a time when mandatory inactivity on one particular day every week was accepted as the norm, whereas these days, we have become used to thinking of Sunday as a day of leisure, rather than as a day of rest. So instead of aimlessly mooching around the house or garden in a vain attempt to resist the smothering waves of tedium, people prefer to go to the cinema or theatre, go out for a meal or to a coffee shop with friends, or simply go shopping.

Unfortunately, from Anthony and Margaret’s point view, these are all leisure activities that require manpower to provide, forcing some people to work on Sundays. But I fail to see why a segment of the population committing such sacrilege should be so much of a big deal; so long as they get at least one day off work per week, to which they are legally entitled, why should it matter whether or not that day happens to be a Sunday? Back in 1986, when Mrs Thatcher tried to introduce the reforms that were eventually passed eight years later, she was defeated by backbench Conservative MPs who saw Sunday trading as a threat to church attendance, but just over two decades after the prohibition was lifted, this argument doesn’t really hold water anymore. With church attendance down to little more than a few pensioners and young parents hoping to get their toddlers into church-run primary schools, the vast majority of Britons today have a good three hours or so on their hands that would just be frittered away on yawn-inducingly passive undertakings were it not for the legalisation of Sunday trading.

In any case, the fact that most Britons would prefer to spend their Sunday mornings shopping than in church is proved by the fact that before 1994, numerous retailers would simply flout the proscription on Sunday trading, since the fine for doing so, compared to the revenue they routinely earned from Sunday shoppers, was very small beer indeed. Also, amid all the brouhaha that the suggested devolution of Sunday trading laws to local authorities has generated, one would be forgiven for overlooking the fact that there is not, and never has been, any ban on Sunday trading in Scotland; north of the border, the furthest the law stretches is to give shop-workers the right to refuse to work on Sundays. Yet we do not hear of Scottish shop and leisure staff being stood over with whips and forced to work longer hours per week than their English and Welsh counterparts. Some might find the Scots’ absence of restrictions on Sunday trading surprising, given that the overwhelming majority of religious Scots belong to the more austere, tight-lipped, strait-laced Kirk of Scotland, but I see it as indicative that Sunday trading can peacefully co-exist with religious or secular desire for a weekly day of downtime, and that if they can peacefully co-exist to the extent that they can in Scotland, there is no need to force them into conflict with one another in England and Wales.