A seismic change in the Middle-East 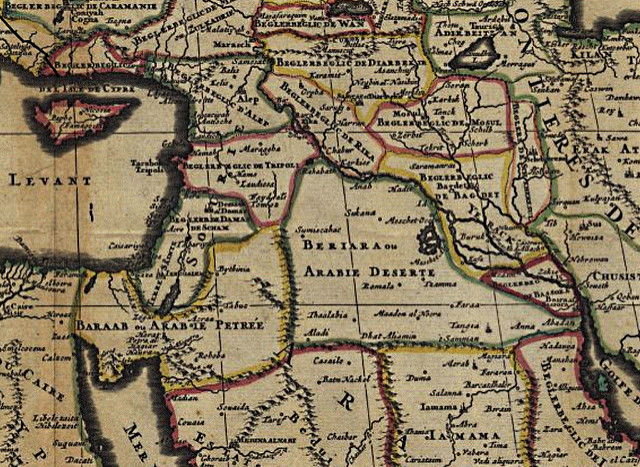 Last week the Prime Minister of Lebanon, Saad al-Hariri, resigned. His resignation was a surprise to many, with the Saudis blaming increased Iranian influence in Lebanon and the Iranians suspecting that al Hariri – a dual-nationality Saudi-Lebanese long suspected to be Riyadh’s man – had been levered out by his Saudi masters. To understand this turn of events, this article will consider the fundamental shift in regional power, from Riyadh to Tehran, that has occurred in the last year, and the effect this shift will have on the US’s position in the Middle-East.

On first analysis, the struggle between the Shia and the Sunnis would appear to be an unequal one: 85% of the worlds Muslims are Sunni. This is misleading, however, distorted by Indonesia’s vast population: in the Middle-East, the Shia make up over 40%. Moreover, by a coincidence of geography, the Shia dominate the oil producing regions of Iran, south Iraq, Bahrain and even the Eastern Province of Saudi Arabia (where most of the Kingdom’s oil reserves lie). The final factor that makes the Middle-East a more even playing field is the strength, size, and natural resources of Shi’ism’s greatest exponent: Iran.

Despite this, the history of the Shia is largely one of persecution. Iran aside, Shi’i populations form the minority in their respective nations and have been at the mercy of the ruling regimes. In the 9th Century Caliphate the tax for pilgrimage to Karbala, one of the holiest Shi’i sites, was a finger, then a hand. The Shia survived periodical pogroms, and were in some cases denied access to top jobs in the bureaucracy or military. In the 20th Century, Saddam Hussein’s Iraq was the site of several instances of Shia genocide. As explored in a previous article, Saudi Arabia has been intent on repressing Shi’ism since the Iranian revolution, and has gone about doing this using the tool of fired-up Sunni Wahhabism.

So, why might it be that this history of persecution and repression is about to end? The answer lies in Syria. Make no mistake about it, Saudi Arabia and the other Gulf states, supported by their US, Israeli and European allies, threw everything at the Assad regime: the massive financial and military support given to Assad’s opponents (whether they be ‘moderates’ or jihadists/al-Qaeda/ISIS), the bombing campaigns, the special forces activity, the sanctions, a bitter propaganda attack. With a little help from his Russian and Iranian friends, Assad has not just held on to power; he’s on the verge of a crushing victory.

The fallout from this stunning victory against the odds has three results. First, a key tool of Saudi – and to a lesser extent, US – foreign policy, Wahhabism, has been defeated, and may be defeated further in Yemen. Moreover, Wahhabism and other forms of Sunni extremism have been largely discredited in the eyes of the Syrian and Iraqi populations: one of the better aspects of ISIS’s grim legacy. For proof of this, look no further than bin Salman’s attempt to distance Saudi Arabia from the Wahhabi clerics last month. The Pentagon has been happy to use Wahhabism to stir up trouble in Russia’s Muslim community in Chechnya, or during the Soviet occupation of Afghanistan. Their theological arsenal may just have been confiscated. For the Saudis, their stranglehold over the Gulf is loosening. The disputes with Qatar are a symptom of the Saudi demise.

Second, a new polity is emerging, one that will tilt the power axis towards Tehran: the ‘Shia Crescent’. This political mass stretches from Lebanon to Iran and encompasses most Middle-Eastern Shi’is. Iranian Revolutionary Guard Corps troops operate in Iraq, and Hezbollah in Syria – these countries are now in Tehran’s sphere of influence. US-Israeli attempts to thwart this new bloc’s establishment, first with the independent Kurdish state and then by trying to close the border between Iraq and Iran, have failed. In the Middle-East at least, the Shia no longer look the junior partner.

Third, the shift in power from Riyadh to Tehran has unavoidable implications for the role of the US in the Middle-East. Since the Second World War America has tried to dominate the region, in conjunction with its allies, Israel and Saudi Arabia. For a brief period after 1989, it was the unrivalled master, the world’s uni-polar power. That era is gone. Behind the ‘Shia Crescent’ looms Putin’s resurgent Russia, and increasingly leaders in Damascus and Baghdad will look to Moscow, not Washington. That Donald Trump is in the White House is an indictment of America’s position. China is also quietly establishing itself: Beijing’s ‘One Belt One Road Initiative’ has already singled out Iran as an important node along the ‘New Silk Roads’. The resignation of Mr al-Hariri looks like an attempt by Saudi Arabia to strike back at the ‘Shia Crescent’, and the new Middle-Eastern reality it symbolises, by destabilising Lebanon. In all likelihood, this is too little, too late.

*Mr al-Hariri has since revoked his decision to resign. Riyadh’s reaction is as yet unknown.