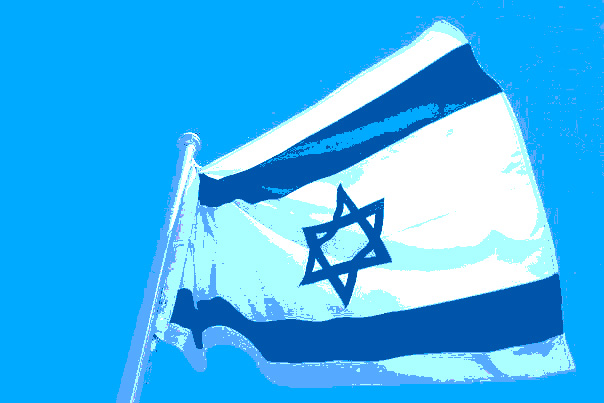 “there is a legitimate need for scrutiny, criticism, and pressure”

Scrutiny is an essential and indispensable part of democracy; we need to be able to see what the authorities are up to, and we need to be able to hold them to account and criticise them when they are in the wrong. Sometimes, this requires awareness-raising; we need to draw attention to leaders who have abdicated their duties or responsibilities, in order to engineer a more vocal protest. However, there seems to be an increasing confusion between awareness-raisers, and bandwagons. Some bandwagons are nothing more than unhelpful ‘slacktivism’ – think Kony 2012 – but others are dangerously counter-productive. Into this category falls ‘Israeli Apartheid Week’, a campaign which, through its name, asserts a factually inaccurate, misleading, and libellous claim as a truth.

This article focuses on the ‘apartheid’ narrative; I wish to make it clear that I in no way condone trigger-happy conduct by the Israeli military (nor by its opponents), nor do I applaud the Israeli government which has failed to ensure the protection of the human rights of Palestinian citizens while they remain de facto under Israel’s jurisdiction in the Territories. For these, there is a legitimate need for scrutiny, criticism, and pressure to change. However, I do want to assert the fact that this is related to a conflict which is fundamentally about national self-determination and territory. Too many people allow the Israeli government’s conduct to dominate their perspective on Israel, leading them to unquestioningly accept the ‘apartheid’ accusation. To believe that Israel’s conduct is about race, to swallow the narrative of “Zionism is Racism”, is to endorse a smear originating in Soviet Cold War demonisations of America’s Middle Eastern ally amalgamated with traditional anti-semitic opposition to Zionism as the road to Jewish emancipation and security.

I would urge anyone, before they go about disseminating the smear, to read this incredible pamphlet by Alan Johnson. You will find that the accusation is patently false. It amounts to nothing more than an attempt to totally demonise Zionism and Israeli society, cloaked in the disguise of opposing an ‘apartheid’ system which does not exist. Apartheid is a system of legal racial segregation and discrimination. Israel, one of the most multicultural countries I have visited, has racial, sexual, and religious equality enshrined in law. Although it is a sad truth that, like many other modern societies, there are racism issues within society which need to be addressed, as well as a questionable approach to immigration, these are not grounds for making the terrible ‘apartheid’ accusation; the legal position of Israeli Arabs (including Druze and Bedouins) is that of total equality. From Salem Joubran, an Israeli Arab sitting as a permanent judge in Israel’s Supreme Court, to Majalli Wahabi, an Israeli Druze who served briefly as stand-in President in 2007; from Makram Khoury, Israeli Arab actor who was awarded Israel’s highest civic honour in 1987 for his achievements, to Abbas Suan, Israeli Premier League footballer who represents the national team; all are testament to the fact that the apartheid accusation is libel.

Proponents of Apartheid Week have argued that the apartheid accusation has been endorsed by the African National Congress. Apparently, they have overlooked the fact that the ANC have largely failed to alleviate the broad inequality between black and white South Africans, and in recent years have been plagued by scandals and controversies. In the next election, the ANC will rely almost entirely on its identity as the party which overthrew apartheid. This identity is the only thing which wins them votes, and what better way to reaffirm it than by jumping on the bandwagon against “Israeli Apartheid”! I guess by now we are used to being scapegoats. Out of all of this, though, perhaps the most telling evidence is that Omar Barghouti, a founding member of the movement for Boycott, Divestment, and Sanctions, and a strong proponent of the ‘apartheid’ accusation against Israel, is currently studying for a PhD at Tel Aviv University, having already obtained a Masters degree; he has declined to comment on this, calling it a “private matter”.

Returning from the apartheid accusation itself to ‘Israeli Apartheid Week’, I have had it pointed out to me repeatedly that the events which were held under the banner of ‘Israeli Apartheid Week’ were generally open-ended debates, and talks about the plight of Palestinian civilians. Fair enough; I would love to be able to have a productive conversation with pro-Palestinians. However, a visit to the webpage tells me that its aim is to “educate people about the nature of Israel as an apartheid system”, and promote the Boycott, Divestment, and Sanctions Campaign. So, the people behind this campaign have already decided that Israel is an apartheid state, and they have already decided that it is okay to call for a boycott against it. No matter how many “open-ended debates” they hold, these people have made up their mind; ‘Israeli apartheid’ is a fact, and Israeli Apartheid Week exists to disseminate knowledge of it. The endorsement and advertisement of the apartheid smear gave Israeli Apartheid Week, for those of us supportive of Israel and (secular) Zionism, an appearance akin to ‘Hate Week’ from Orwell’s 1984. Rather than wanting to hear our argument, these people are already accepting a smear which falsely denounces Israel as an apartheid state. I can’t say I felt very welcome to attend and share my views, and that is why I did not.

Like any other country, and especially as a self-identified democratic country, Israel and its government need to be scrutinised; without scrutiny, tyranny goes unchecked. And Israel is very highly scrutinised indeed: it would not be unreasonable to assume it could well be the most highly scrutinised country in the world – especially when considering its tiny size and relatively small population. As a secular Zionist, I welcome honest scrutiny of Israel: I know that scrutiny is essential to building a stable country and trustworthy government. That’s why I support Amnesty International’s scrutiny of Israeli military conduct; it’s why I would denounce Israeli government policies which will inflame conflict, such as using “settlement expansion” as a retaliatory measure; it’s also why I would hope to see the Israeli government doing more to tackle social racism in the country, through education and dialogue. In the last few weeks, a group of young British Jews began the ‘Sign on the Green Line’ campaign, urging Jewish organisations to commit to using only maps of Israel which recognise the disputed nature of the land through the use of a ‘green line’ along the 1949 armistice lines, so as to scrutinise Jewish organisations on their approach to education about Israel. These are examples of positive scrutiny. “Israeli Apartheid Week”, is not such an example. It is a sly method of legitimising a lie, and lies and smears do not create dialogue.