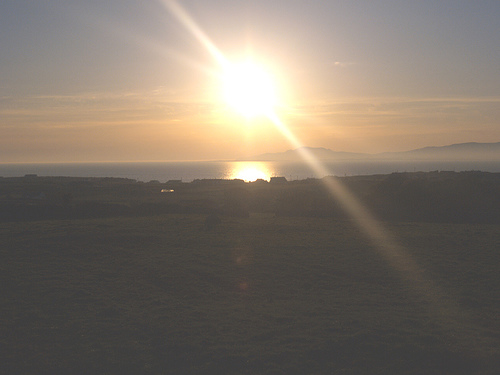 Kindly reappearing just in time for the first day of term

The seven hour wait at Dubai Airport for the connecting flight to Newcastle would have been the perfect recipe for jetlagged jadedness had it not been for a snug corner in the massive bookstore. But with all the excitement, there was also the growing dread of the cold that I expected to be awaiting me at Durham with its frizzy chill. For here I was, returning from India; fed to the brim by the savoury blast of Kolkata winter, its sizzling spices and its iridescent sun.

The month had gone by vacillating between a flood of invitations from friends and relatives and the little escapades of pleasure that I managed to steal for myself through the canopy of sensible voices. Homecoming has always been an archetypically romanticised emotion perfectly capable of infusing a sudden surge of sentimentality, and I had found myself glued misty-eyed to a Bollywood film I would otherwise shudder to watch on my flight back to Kolkata. The drive back to my home from Kolkata Airport through Wednesday morning traffic was an odd mixture of unease and comfort. For here I was, back again to the massive commotion that is Kolkata, so chaotic yet so charming with the invisible thread that holds together strands of human sentiments disparate enough to garble any logic that one could devise to analyse it. The swearing bus conductors, the haggling taxi drivers, the blaring car horns as the signals turned green; all roped in a strange symphony that cut across Kolkata under an indulgent winter sun in full bloom. The tranquil backwaters of Durham were far away now and I was back to the wicked waves that hurl one across the scrambling streams of human lives. I was back to my strangely beautiful city of excesses, warmth and harmonious madness!

As I sat in the cosy corner of the bookstore in Dubai Airport, my mind reeled off to the tiny second hand bookshop at Free School Street, Kolkata, where, during one of my winter afternoon walks, I had managed to buy a rare book by Spinoza for a lower price than a decent Subway sandwich. The reverie was shredded away suddenly by the loud announcement stating a change of departure gate for my connecting flight to Newcastle.

My friends who had come to see me off at the airport all had their unique words of advice for countering the January English cold, so as I stepped into the commuting coach after my boarding pass check, I felt a gush of chill sink into my growing nervousness. Inside the plane, I found my seat by the window, and I snuggled in with the expectation of seeing thick folds of snow during the descent.

The baritone of the captain announced it was 4 degrees at Newcastle but I was too surprised to let that piece of warm news sink in; for I was gawping out of the window at the lovely sunshine that spread around the descending plane. There it was, a full blooming sun, little different from the one to which I thought I had said farewell at Kolkata. And as the scramble for the cabin baggage began, I found myself awkwardly stuck in the gangway, still staring at all the rays that were laughing at my very pleasant shock. After having collected my visibly misshapen bag from the carousel, I stepped out into the air, under one of the bluest skies I have trodden beneath.

The breeze around was a charming whistle of crispy sunshine and comforting chill. As I got in the taxi with a very genial gentleman on the wheels, the dashboard radio sang out Elvis’ “Suspicious Minds”, an old favourite that suddenly sounded suggestive! For here I was, having almost fallen in a trap of my own making, one I couldn’t have gone round, with all my massive misgivings about the Durham cold and the grey gloom I thought that would ensue. Instead there was this charming sun with its light winter breezes welcoming me to what I now call my second home, with the unique delight that only Durham is capable of giving. By the time the cab took the swirl up Windmill Hill and the beautiful buildings of St. Aidan’s met the eye, I had managed to prune away all misgivings and was perfectly ready to relive the Durham experience with the freshness of the new term. The Epiphany Term had kicked off with a personal epiphany of my own. Durham and Kolkata wouldn’t be far away disparate spaces in my mind anymore: the two were connected by a warmth that I had been lucky enough to receive, despite the miles that lay between.

The indulgent sun I stared at from my room window seemed to smile at this knowledge; the perfect perspective to begin the New Year.