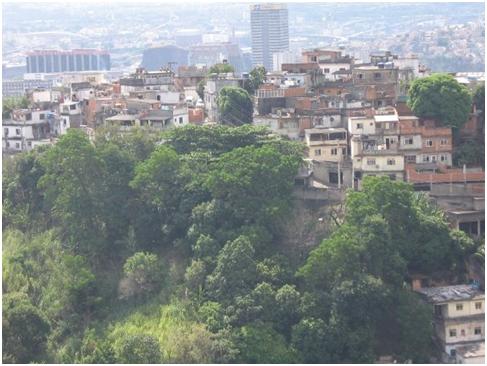 While living in São Paulo, the third largest city in the world with more than 20 million inhabitants, I was robbed 13 times. The coveted objects ranged from cheap watches, a school backpack, a used bicycle, skinny wallets, crocodile mouthed sneakers, etc.… and the criminal rendezvous were represented by pickpocket gangs, a single handed knife, toothless .38 calibre pistol bandits, and all sorts of nice guys. In Dante’s infernal words: “All hope abandon, ye who enter here”!

Many years and geographies later I would find myself in Melbourne, Australia. More specifically, in Caulfield North, an upper class safe and sound district with all the things most Paulistanos would die for: big houses, big gardens, big parks and to my surprise, a massive vacuum. An innocent jog was like being sucked into a black hole.

Whereas in São Paulo everyone knew each other’s faces, voices, cats and dogs, in Melbourne I never had closer contact with my next door neighbours than a bland hand wave from inside our cars, with closed windows. In spite of the abysmal social contrast so clear in São Paulo, life was never so happy and a strong sense of community would permeate the many neighbourhoods with vibrant sounds and colours. Why? I constantly asked myself.

After a few months I realised that although it was such a safe environment, people didn’t even walk on the street that often, so… it was kind of like giving a comb to a bald man. Melbournian suburbs were developed in such a way that it seems you need a car to get anywhere. A walk to the ATM took at least 20 minutes from my house. Back in São Paulo, I walked to school, swimming lessons, restaurants, a football stadium, and nightclubs and obviously to pick up milk, bread and butter. It was only after reading an article by the architect Peter Calthorpe, author of Redefining Cities, that I understood walkability and density were the key factors of an exciting life in community. The concentration of people and businesses in urban areas also reduces the cost of utility services, transport, health care, and schools.

Stewart Brand, one of the world’s most influential and controversial environmentalists went further by stating that the magic of dense squatter cities is that they are organically improved by their occupants. Daring solutions rehearsed by marginal populations. Alleyways in Indian slums, as the Hutongs in Beijing, for example, are rich in commercial opportunities, from micro bakeries to shoemakers and open air second hand clothing stalls; every corner becomes an income possibility. More resourceful than Chicago’s green-roofs are the slums of Medellín, Colombia, where people raise pigs on their rooftops and grow vegetables inside used bleach bottles hung from windowsills.

The Challenge of Slums, a 2003 UN-Habitat report actually suggested that the only feasible poverty reduction approach is to cram as many people as possible into cities. Each city dweller consumes fewer resources, and creates less waste than their low density safe-burbian counterparts.

The creative appeal of the shanty town has inspired big retailers that are now using this as a model for luxury shopping areas. The funky concept of Pop-up stores also owes a debt to those wooden stalls used by vendors and emerging as fairs promoting a counterculture excitement around the city.

Not everything is efficient in the slums, though. In the Brazilian favelas, free clandestine electricity is constantly wasted. But in most slums recycling is one of the most common informal professions. Every city in Asia and Latin America has an industry based on the collection of cans, bottles and carton boxes. Check out the book on this matter: The World’s Scavengers (2007) by Martin Medina.

Cities are the crucible of human civilization, the drivers towards potential disaster, and the source of the solution to humanity’s problems. According to UN studies, by 2050 80% of the world population will have relocated to urban centres creating a whole new reality.

Wait a minute… maybe a cosier Earth is not the worst alternative?! Actually, slum dwellers could teach a lesson or two to a sheltered bourgeoisie spoiled by wasteful gardens hidden behind big walls.