Reinventing the World: Power to the People 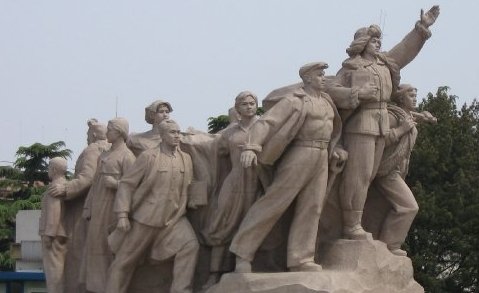 I am a big fan of scientist Jared Diamond and the way he describes the evolution of civilizations through the development of guns (technology/military), germs (our immune system/medicine) and steel (natural resources, on a broader sense). My disappointment is that his studies stopped when reaching the contemporary age; how we managed to get here and where are we heading to. To fill the gap one can simply go to YouTube and type right here right now to see how Fatboy Slim can complement the story. Fortunately that’s just half of it.

Recently the World Economic Forum released a report about technology pioneers for 2011, called Empowering People and Transforming Society. One of the examples reports that on the 17th of January, five days after the earthquake in Haiti that killed a quarter of a million people and left even more injured, a Médecins Sans Frontières (Doctors Without Borders) cargo plane carrying an inflatable surgical hospital was blocked from landing in Port-au-Prince by US military commanders at Toussaint L’Ouverture Airport. A press release issued by the humanitarian aid organization did not change the situation – but a 140 character message on Twitter did. For the first time in the history of the world, we are all listening on the same frequency; through this back-channel people are discovering they have a voice and can affect change.

Technology is not just inspiring people to become more engaged, it is giving more options. For example, by lowering the barriers to publishing, Scribd – a Web 2.0 document sharing site – is empowering amateur authors, students, artists and academics to publish their ideas on the same platform used by Fortune 500 companies and professional media organizations. Like riding a bicycle, this revolution can only move us forward.

However, what would happen when technology lacks, health suffers, natural resources are depleted, and on top of that the world turns its back on you? During the 1980s and the fall of Communism, Cuba went through possibly the worst period of its history; they called it the Special Period. Parents were failing to feed their families, people were unable to go to work as the oil and trades embargo handicapped means of transport in general. Doctors couldn’t treat patients as hospitals were lacking in medicines and energy. Scarcity of oil generated the most damaging consequences.

The largest use of fossil fuels is neither in the car, construction nor entertainment industry, but in agriculture, for the production of fertilizers, pesticides, machinery, irrigation etc. Cubans didn’t have time to build or money to buy solar panels or wind turbines. The “right here, right now” solution focused on ways to dramatically optimise per capita energy consumption by reducing the goods and services used, and cutting the travelling distances for activities by decentralizing health, education and other basic services. In short, the Cubans maximized areas of use under direct personal control. As a result, every neighbourhood developed micro-schools and universities, micro-hospitals and related service networks. Furthermore, every unused square meter became an orchard of some different fruit or vegetable. This not only provided food, but also improved health standards, as 80% of Cuba’s produce is organic and in a wider variety, decreasing the need for pesticides, than many developed countries.

No voting took place, no laws were made for such a transition, and not much technology was around to empower people’s decision. So what happened? People themselves ignited change on their own, without delay. Cuba: The Power of Community is a short documentary that presents a case for a culture where consumption is not the primary value but community, as a way of life where relationships are more important than material goods.The rest of the world, trembling with peak oil theories, could learn a lot from the experimental and in many ways successful Cuban society. A place where competition and natural selection evolved towards collaboration among species, humans, animals, vegetables…