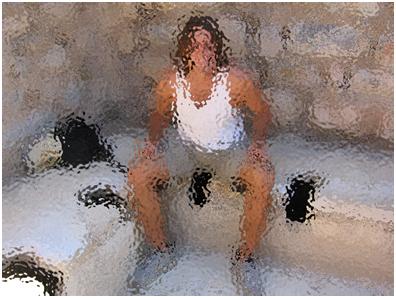 Our sewage system could be much more green

Sewages are by no means a new invention, as the Indus Valley civilization already had complex networks of brick lined systems. Earlier on, sanitation systems were found at prehistoric Middle-Eastern communities. Nowadays, modern sewages are like whole underground cities. However modern sewage systems didn’t really come about until the middle of the nineteenth century.

In New York, for example, residents and businesses disposed of waste in backyard outhouses or simply dumped it into the gutters along the streets. In 1849, after a series of deadly cholera outbreaks, the city initiated a sewer building programme.

The wastewater handled by the sanitation system includes human waste, food scraps, oil, soaps and chemicals. From the waste water collection system all through to a treatment plant lays a complex infrastructure. After the water is treated all the sludge must be processed and the resulting biosolids are in the worst case scenario dumped in the ocean, or in a better situation transported to arable land and sold as fertilizer.

OK, great. So what? Sewages are not perfect; sometimes they flood and bring out cities’ dark sides, besides high cost and maintenance. Also, we all know how inefficient public services can be sometimes when dealing with casualties. As a solution to a smarter planet, ladies and gentlemen… The Humanure!!!

First, it’s a composting toilet. A sewerless, and most importantly odourless, system that collects a household’s excrement and transforms it into a rich brown material known to enthusiasts as Humanure. It can still contain pharmaceutical residues that resist through our organism, but it lacks the industrial biohazards that make sludge so debatable. Next to it, a bucket full of wood shavings to be scooped and added after evacuating the masterpiece. You can create the system yourself or buy standardised versions from many companies worldwide. However, the challenge this simple system faces is that people in general are not willing to deal with their own crap. Some models use a small amount of foam to “flush” the excrement to a hidden holding tank. A fluffy layer is created and the user will neither have to sit directly over the composting bins nor look down onto a giant mound of poop. Less hands-on customers can also contract companies that provide a maintenance service. Weird but true.

The nitrogen in our urine is an excellent fertilizer, and faeces, nutrient-rich, are a great soil amendment. It’s a whole new green business model with low-tech and investment with the benefit of reducing public expenditure!

It is reported in the annals of History that when Titus rebuked his father, Emperor Vespasian, for his reinstatement of taxes in the name of public latrines, the received response was “Non olet” (doesn’t stink). It couldn’t be more illustrative; money doesn’t smell, regardless of whose rectum it comes from. As a matter of fact, in France and Italy urinals have crowned the emperor’s posterity, as they were nicknamed vespasiennes and vespasiani, respectively.

The Humanure’s author, Joseph Jenkins, a slate-roofing contractor in Pennsylvania, has been defecating in a bucket since the 1970s. Jenkins dreams of a day when entire cities will compost their dung and municipal collection services will support the pooper’s network, like recycling programmes. It is possible to build it for as many people as would need to use any toilet, any place.

Once you sell people on the idea, there’s no limitation with this technology. The best solution for the future, it seems, just might be a refreshed version of the past. This link gives a “taste” of it: http://www.youtube.com/watch?v=ynUNOsMrO1k.